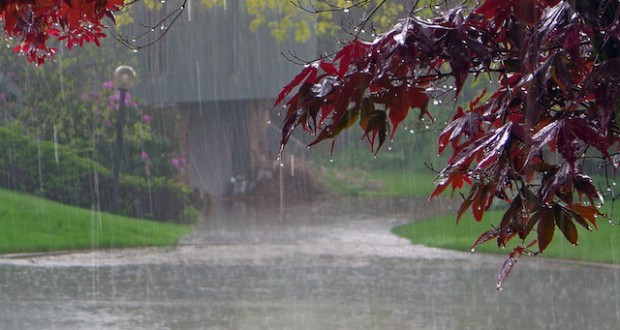 Part Four: An Option to Pray in the House and Miss the Congregational Mosque Prayer

The scholars have allowed a concession to not pray the congregational prayer in the mosque if the weather makes it significantly inconvenient and could cause harm.

Ibn Qudāmah said:[1] “(A man) may be excused for not praying the Friday prayer (Jumu`ah) or praying with the congregation (jamā`ah) because of rain that makes the clothes wet, or mud that causes annoyance or stains the clothes. It was narrated that ‘Abd Allāh b. ‘Abbās (RaḍiAllāhu ‘anhu) said to his Mu’adhin on a rainy day: When you say: ‘I bear witness that there is none worthy of worship except Allāh and I bear witness that Muḥammad is the Messenger of Allāh’, do not say, ‘Come to prayer’, rather say: ‘Pray in your houses’[2] It was as if the people found that strange, so he said: Are you surprised by that? One who is better than me did that. Jumu`ah is obligatory, but I did not want to force you to walk in the mud and on slippery ground.”[3]

An-Nawawī said in reference to valid reasons for missing the congregational prayer[4]: “Severe cold weather is an excuse during night or day. Whilst extreme heat is an excuse in the afternoon and snow is an excuse if it causes the clothes to become drenched.”

However, as Ibn Al-`Uthaymīn mentions, this should only be an excuse if there is a fear of harm. In the past, the roads were affected much more by rain and the ground would become very muddy and slippery. The modern paved roads have made the paths much safer. Hence if the rain is light, then he should attend the prayers and hope that he will be rewarded for any minor harm he incurs.[5]

Combining the Prayers in the Mosque

When can you combine?

This allowance by the scholars to join is based upon the famous ḥadīth of Ibn `Abbās (RaḍiAllāhu ‘anhu) where he said that: The Messenger of Allāh (Ṣallāhu ‘alayhi wa salam) combined the noon prayer (Dhuhr) with the afternoon prayer (`Aṣr) and the sunset prayer (Maghrib) with the night (`Īshā’ ) prayer in Madīnah without danger or rainfall.”[6]

Ibn Qudāmah said: “This is what Abān b. `Uthmān did with the people of Madīnah, and it is the opinion of the seven jurists of Madīnah as well as Mālik, Al-Awzā`ī, Ash-Shāfi`ī and Isḥāq. It was also reported from Marwān (b. Ḥakam) and `Umar b. `Abd al-Azīz…Hishām b. `Urwah said that Abān b. `Uthmān joined the Maghrib and `Īshā‘ prayers on a rainy night with `Urwah b. Az-Zubayr, Abū Salamah b. `Abd ar-Raḥmān and Abū Bakr b. `Abd ar-Raḥmān. None of them admonished him for that and it was not recorded that anyone objected in their time so it became a (silent) consensus.”[7]

It is also reported that `Abd Allāh b. `Umar (RaḍiAllāhu ‘anhu) used to join between the Maghrib and `Īshā’ prayers in times of rain.[8]

He said: “If the cold becomes intense with a wind that harms people, then it is allowed for someone to join Dhuhr with `Aṣr or Maghrib with `Īshā’. This is because of the ḥadīth in Ṣaḥīḥ Muslim, upon the authority of `Abd Allāh b. Abbās (RaḍiAllāhu ‘anhu) that the Prophet (Ṣallāhu ‘alayhi wa salam) combined (the prayers) in Madīnah without danger or rain. When Ibn `Abbās was asked, “Why did he do that?” Ibn `Abbās replied “He wanted to make it easy for his people”.

This shows that the reason for legislating the combining was to alleviate difficulty for the Muslims.  Otherwise it would not be allowed to combine. So hardship during the cold weather would only occur if there was cold and strong wind. Otherwise it’s possible for people to prepare for the cold by increasing in layers of clothing which would make sure they are not affected. Therefore if someone was to ask, is it allowed to combine simply because it is very cold? We would say that’s not allowed, except if there is also a cold wind that harms people or if there is heavy snow. This is because snow can also harm, so in this situation it is allowed to combine. As for simply being cold, then this not enough of an excuse.

If a person did combine without a valid reason then he would be sinful and any prayer performed earlier than normal is not correct and not accepted. This would have to be repeated. If it was combining at the later time (Al-Jam` at-Ta’khīr) then he would have prayed his first prayer in the wrong time and he is sinful. I wanted to mention this point as many people have told me they have joined because it was simply cold in the absence of a wind that caused harm. So this is not allowed for them”[9]

What if there is a difference in the community?

It is up to the resident Imām in the mosque to decide whether the weather conditions have deteriorated enough to combine the prayers. This should be respected and adhered to by the congregation as Ibn Al-`Uthaymīn explained when he answered a written question on the topic. The questioner asked,

Dear Shaykh Muḥammad Ṣāliḥ Al-`Uthaymīn (May Allāh preserve you) We live in an area where it rains much and the people often argue about the reasons for combining the Maghrib and `Īshā’ prayer. Please could you clarify this for us. This is because recently it rained lightly from before Maghrib till after `Īshā’. It was a very dark night but the streets were paved and with lights. Some of the mosques joined their prayers and other didn’t. So people took different stances on this issue with some repeating their `Īshā’ prayers. Even the imāms differed, with some giving the concession and others not.  As this issue occurs frequently in our locality, your guidance would be much appreciated. May Allāh reward you with much goodness.

In the Name of Allāh, the Lord of Mercy, the Giver of Mercy. May Allāh’s peace, blessings and mercy be upon you too. The normal ruling is to pray every prayer in its specified time period such that it is not allowed to pray it earlier or later. As Allāh (the Most High) says: “Verily, the prayer has been prescribed at specified times“[10] and as the Prophet (Ṣallāhu ‘alayhi wa salam) has explained very clearly in the sunnah. However if there is a specific reason like rain that drenches the clothes or causes mud in the markets or rain that that harms the people, then to combine the prayers is recommended. It seems the people in your area have taken different stances on the issue of combining. This could be because the condition of some markets may require combining prayers but others don’t. The differing could also be because some of the Imāms feel the requirements for combining have been fulfilled, whilst others don’t. This issue has room for difference of opinion so when a person is not sure whether the conditions for combining have been fulfilled, he should not combine. This is because the normal ruling is the obligation to pray every prayer in its required time. Also it can be said to those who struggle to make it to the mosque, to pray at home. This is because the Prophet (Ṣallāhu ‘alayhi wa salam) used to tell the caller to make an announcement on the cold or rainy night saying “Pray in your homes”. This is from the ease of following Islām. May Allāh guide everyone to what he loves and is pleased with. (Written by Muḥammad Ṣāliḥ Al-`Uthaymīn 25/07/1418 (26/11/1997).[11]

[2] The scholars also derived from such ḥadīth that it is sunnah to include this phrase  (‘Pray in your Homes’) in the adhān when the conditions require it. Some narrations show that this phrase was added to the existing adhān after ‘Come to Prayer’ and not just used to replace it (Ṣaḥīḥ Sunan An-Nasā’ī: 653). Also alternative variations to the phrase added to the adhān include (‘Pray in your Dwellings’) as recorded in Ṣaḥīḥ Muslim: 697 and Ṣaḥīḥ Al-Bukhārī: 632.