Unlock the barakah of Ramadan NOW 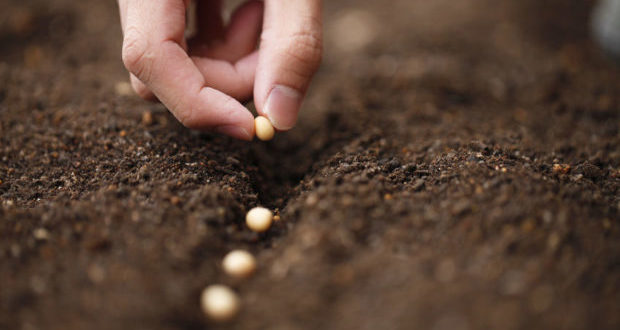 With Ramaḍān around the corner, and Rajab upon us, what better way to begin the preparation for this special guest by welcoming its friend? Like any important life-changing event, whether it be marriage, moving house, even something like running a marathon, it is vital that steps are taken to prepare for it. What better way than to begin it now, with the month of Rajab? So great is this month that it is the first of the four great, sacred months. Allāh says in the Qur’ān:

“Verily, the number of months with Allāh is twelve months (in a year), so it was ordained by Allāh on the Day when He created the heavens and the earth; of them four are Sacred. That is the right religion, so wrong not yourselves therein…”[1]

And guess what? Ramaḍān is not one of them! That’s right, these four months are Rajab, Dhul Qa’dah, Dhul Hijjah and Muḥarram. So why is it that these months have such a special status with Allāh? One answer is that in the earlier period of Islām, fighting in these months was prohibited. Allāh says:

“O you who believe! Violate not the sanctity of the Symbols of Allāh, nor of the Sacred Month…”[2]

So sacrosanct are these months that some of the scholars such as Ibn ʿAbbās considered that sins in these months are worse compared to other months. Hence the words “so wrong not yourselves therein” in the verse. Just like the effort we make for that special night in Ramaḍān in which good deeds are increased in reward, then, does it not make sense that we should avoid doing bad deeds when the punishment would be increased? As Allāh is not just Shadīd al-ʿIqāb (Swift in punishment), but He is also al-Ghafūr al-Rahīm (The Oft-Forgiving and the Most Merciful), so good deeds in reward are increased. No one likes bargains like the Muslims do, so how can we turn down such an offer?

Although there are no known authentic aḥadīth from the Prophet (sall Allāhu ʿalayhi wa sallam) about performing particular actions within this blessed month, the scholars of the past gave special attention to it by increasing their acts of worship. In fact, it is reported that the likes of Ibn ʿUmar and al-Hasan al-Basri fasted the entire four months, 120 days![3] It is worth noting that these may have been personal acts of worship that they did not sanction others to do, but it at least gives us an idea as to its worth. There is no harm fasting these months as long as they are not done so fully, so there is a distinction made between this and Ramaḍān. Furthermore, some of the scholars have posited that it is disliked to specify Rajab for fasting in isolation to the other three months.[4] In fact, ʿUmar hit those who used to fast only this month, as it was venerated in the times of Jāhiliyah.[5]

Rajab and Shaʿbān are precursors to Ramaḍān and these two friends, if used wisely, will help us to be more acquainted with one of the highlights of this year. To this end, Abu Bakr al-Warraq al-Balkhiyyu said:

And when the salaf used to worship more in Rajab and Shaʿbān, they would taste the sweetness of worship such that they thought they were in Ramaḍān. So they yearned for it more and asked Allāh to give them life long enough to meet it once again. Allāhumma Balighnā Ramaḍān! (O Allāh, let us reach Ramaḍān!)

Ramaḍān, this year will again be in the heart of the summer heat. It is not a time to take such risks with thousands of days worth of reward.[7] How much time and effort do we take getting ready for a job interview, and yet we are not even ready for the interview with the King of all Kings! Let us make this Ramaḍān one in which we will not complain about the long days and sleepless nights. However will we taste the sweetness of the fast if we count down the minutes until we break it? Our pain should not be felt in our bodies, but in our hearts for not giving it the right that it is due. The Prophet (sall Allāhu ʿalayhi wa sallam) said:

Some who fast obtain nothing from it but hunger and thirst.”[8]

Those who fast are few, but those who go hungry are many.

The reality of fasting is not deprivation of food and water for this is only the fasting of the stomach. Rather, what is required is to gain taqwa and that is not to mix sin with good deeds for that taints the whole action. It is not by pure coincidence that Rajab, one of the sacred months comes two months before Ramaḍān. Whilst Shaʿbān (the month before Ramaḍān) helps to prepare, in one perspective, our bodies, as it was the month the Prophet (sall Allāhu ʿalayhi wa sallam) fasted most in.[9] But Rajab is there to help us with our souls. So let us fast at least Mondays and Thursdays preventing ourselves from sinning during daylight hours. Let it be these two days that we do not waste time watching TV, that we lower our gaze, we imprison our tongues from soiling it with lying and backbiting. And let us, instead, read more Qur’ān, make more dhikr and pray to Allāh more. And if we were to sin, then let us make tawbah. As one of the scholars said:

If you sin on a fasting day. Then there is no difference between the day you fasted and day you did not. If you sin, make tawbah, for a patched garment is better than a torn one.[10]

Indeed, the month of Rajab is the key that opens up the months of goodness and barakah that succeed it. So great it is, that from the four sacred months, some of the scholars considered Rajab to be the best.[11] So let us not treat this month like any month and strive to make the best out of this Ramaḍān.

[9] Aisha: I did not see him (the Prophet) fast more than any month (except Ramadhan) than Sha’ban. (Bukhari and Muslim)

[10] In addition, Abū Hurayrah said: Backbiting tears the fast and istighfār patches it up. So whoever of you can come with a patched fast, then let him. (Latā’if al-Ma’ārif)

[11] This was the opinion of some the Shafiʿi scholars. Ref to Latā’if al-Ma’ārif, Ibn Rajab