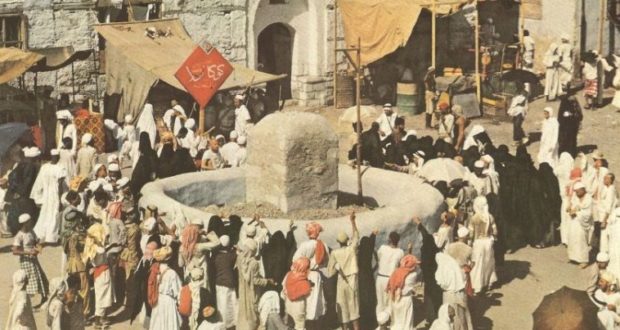 Delaying Hajj could be your downfall

‘Umar bin Al-Khattab (may Allah be pleased with him) once remarked: “I was about to send envoys to the towns (on the outskirts of the Muslim empire) to check on all those who have the means to make Hajj but do not perform it, in order to impose the Jizyah[1] upon them.”[2]

The auspicious Hajj trip is one of the five pillars on Islam, a onetime obligation upon those have the ability to perform it. Every year millions of devout Muslims answer the call to Hajj following in the footsteps of the Prophet (peace be upon him) in answering the call of their father Abraham.

Unfortunately, many people delay performing the Hajj until the latter part of their lives simply because of convenience. They wish to postpone the trip until they feel they are financially ‘stable’. Some people hold back out of fear of a new Islamic lifestyle they will be obligated to embrace when they return – one should never fear drawing closer to God. Indeed the Prophet (peace be upon him) said, “Hurry to perform Hajj (the obligatory one), as none of you knows what may happen to him”[3] and “Whoever wants to do Hajj, let him hasten to do so.”[4]

There is of course a well-known scholarly difference of opinion as to whether Hajj is an obligation that must be executed promptly, or, can be delayed. According to scholars who hold the opinion that the obligation of the Hajj is one of promptness; the Hajj must be carried out as soon as all the preconditions are fulfilled and one cannot delay performing it for the next year. The one who delays the performance of Hajj, even though he has the means to perform it, and then dies, is sinful and has left himself open to the punishment and displeasure of Allah in the Hereafter.

Others opine that the Hajj may be delayed because the Messenger of Allah (peace be upon him) choose to perform Hajj in the 10 AH – around four years after the obligation was revealed. This school has other supporting arguments for which there exist counter arguments.

Without wanting to endorse one opinion over another, I would like to place the legal difference of opinion to one side and draw our attention to a few other points. Allah the Almighty encourages His servants to compete with each other in performing virtuous deeds. He says in one verse,

“Race each other to forgiveness from your Lord and a Garden as wide as the heavens and the earth, prepared for the people who have taqwa.”

And in another verse,

“Race each other to forgiveness from your Lord and to a Garden, whose breadth is like that of heaven and earth combined, made ready for those who have faith in Allah and His Messengers. That is Allah’s favour which He gives to those He wills. Allah’s favour is indeed immense.”

Why would one delay the prospect of performing a Hajj mabroor, the accepted Hajj, the reward of which is nothing less than the gardens of paradise?

This is your chance to have all of your sins forgiven as the Prophet (peace be upon him) said: “Whoever performs Hajj to this house – Ka’bah- and does not commit any obscenity and wrongdoing, he, or she, will come out as the day he, or she, was born – pure and free from sins.”[5]

From another perspective the Messenger of Allah (peace be upon him) is reported to have said: “Hurry to perform Hajj, as none of you knows what may happen to him.” It is as if the Prophet is telling us to think about the matter in a rational way. If someone who has the ability to perform the Hajj delays it; do they not fear that death may catch them up and they then meet Allah with no Hajj to their account?

The reality is that many do delay Hajj until it’s too late. As the years pass by some of them fall sick with debilitating conditions, others become financially stricken and so the great opportunity is lost.

I would thus appeal to all Muslims who know that they can perform Hajj without great difficulty to do so before they lose this unique chance of attaining complete forgiveness for their sins and be granted paradise.

Notes: This article has been reposted.
Source: www.islam21c.com

[1] A tax imposed on non-Muslims living under Muslim rule.
[2] Reported by al-Bayhaqi; Al-Haitami declared it Sahih. In another narration the words “they are not Muslims, they are not Muslims” are included.
[3] Ahmad, Abu Dawud, Ibn Majah
[4] Ahmad and Abu Dawud
[5] Bukhari and Muslim
DEATH DELAY HAJJ PROACTIVE PROACTIVITY SEASONAL WORSHIP 2017-04-09
Shaykh (Dr) Haitham Al-Haddad