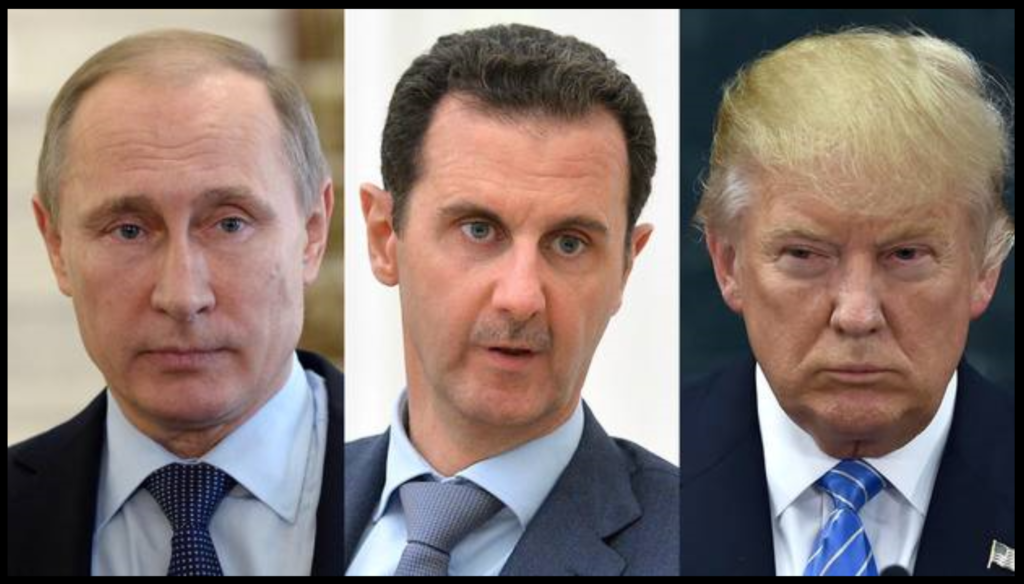 We wake to the news that the Americans have launched a cruise missile attack on a Syrian airbase in direct, and almost immediate, retaliation for the recent chemical attack in Khan Sheikhoun, killing over 70 people.[1] This came after frantic diplomacy at the UN where the Americans were actively seeking agreement for a very strongly worded resolution condemning the Syrian regime.

US launches missile strike in response to Assad’s chemical attack

So why the sudden ‘change’ in strategy regarding Syria?

The Americans have previously failed to act despite the displacement of 11 million people, the deaths of over 600 thousand people and countless examples of use of chemical weapons previously.  Have the Americans under the Trump administration, finally found their morality, humanity and a sense of fairness in its dealings with the Syrian people?  Unfortunately, I think not.

I am honestly not a ‘glass half-empty’ person when it comes to political ‘good’ news.  But rather, these things have to be viewed with a degree of scepticism, especially when they are so contrary to the norm.

The first question to ask here is whether or not this is a genuine act of humanity.  The facts show that in nearly seven years the international community have turned a blind eye to the some of the worst levels of crimes against humanity ever known or documented.  Who will ever forget the suffering of those trapped in Eastern Aleppo?  The international community were not even able to drop a single loaf of bread despite being under siege and constant illegal bombardment.  Who will forget the chemical weapons attack in Ghouta which killed over a thousand innocent civilians and injured nearly 4,000?  If this was truly an act of humanity, does this mean the Americans will stop knowingly dropping bombs on innocent civilians (or what they call “collateral damage”) such as the worshippers trying to run away from their mosque being bombed in Al-Jena weeks ago?[2]

It does not take a cynic to view this act of so-called “retaliation” is little more than a political ploy.  President Trump, inaugurated only a few months ago, is one of the most unpopular presidents in history.  His administration’s association with the Russians, is not only an embarrassment, but could ultimately result in his impeachment on the grounds of their undue influence in his country’s democracy.

This attack on the Syrian airbase, portrays Trump as the moral and just president, who stands for international law and justice, unlike his predecessor Obama.  Additionally, an attack on Syria, is in essence an attack on Russia.  Hence, this action distances him from his Russian ‘buddies’.  Who, incidentally were given prior notice of the attack so that any Russian presence can take evasive action.[3]

All in all, this cruise missile attack on the Syrian airbase, helps President Trump far more than it helps the Syrian people. But one thing is clear: Trump has taken a step that almost all Muslim countries have failed to take to protect those suffering in Syria. It is truly a shame that Trump’s ego is more potent a motivation than Allah’s promise is to many Muslim states around the globe.

Perhaps at least in Trump’s bold step some Muslim nations will receive the courage to finally act to protect those oppressed who have been waiting patiently.