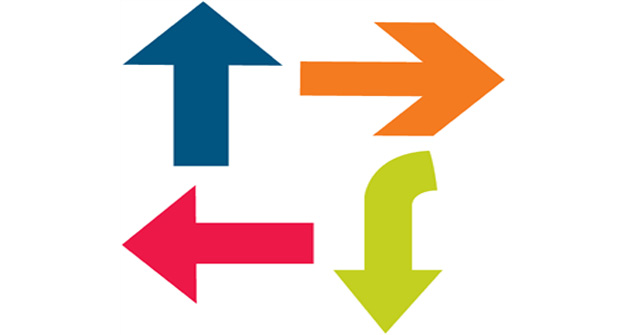 If you’ve always wanted to be a Da’iyah; to invite people to the Truth, but felt you don’t have time, then you’d better take a fresh look at da’wah! Check out these 10 ideas and make your home a Da’wah hub!

1. Bake a cake for your neighbours
It’s amazing what effect reaching out to our neighbours can have. A simple gesture such as baking a cake for them can really change their perception of Islam and Muslims. It is those little day-to-day interactions that make people think twice about how Islam is often portrayed in the media.
The Prophet Muhammad (sallallahu alaihi wa sallam) said: “O Muslim Women, do not think that any gift is too insignificant to give to a neighbour, even if it is only a sheep’s foot.”[1]

2. Start a Blog
Even if it’s to write about a verse of the Qur’an that has affected you, having a web presence is an effective da’wah tool. Every time someone Googles ‘Islam’, they are met with a plethora of links many of which misrepresent Islam. So your web presence means that people are more likely to come across correct information about Islam. The Prophet (sallallahu alaihi wa sallam) said: “Convey (my message) from me, even if it is one Qur’anic verse.”[2]

3. Phone or write to a friend
Supporting our sisters in Islam is also da’wah because while you chat you can help renew a sisters Eaman, give her some timely advice regarding something she’s worried about, and remind her to have Sabr, which all come under ‘enjoining the good.’ Remember that Allah says in the Qur’an: “By Time, Indeed Man is in loss, except for those who believe, and work righteous deeds, and advise one another with Truth and advise one another with Sabr (Patient perseverance).”[3]

4. Send a cheque to a Da’wah organisation
There are plenty of organisations that print booklets or translations of the Qur’an and hold exhibitions to spread the word of Islam. By sending them a donation you will not only be participating in da’wah, you’ll be rewarded for Sadaqah Jariyyah (ongoing charity) as your donation may cause a ripple effect, touching future generations, or it may mean someone accepting Islam and practising it. “By Allah, if Allah were to guide just one man through you it would be better for you than red camels.”[4]

6. Invite someone round for tea.
Whether it is the Jehovah’s Witness lady, who knocks on your door, or someone else you have met, you can invite them round for an informal chat. Let them learn a little something about Islam. You could just tell them what we believe about the Prophet ‘Isa (as) and you will have conveyed an important part of our message.

7. Write an article for a magazine or website.
There must be something you feel passionately about or an experience you’ve had, that others may benefit from. Put pen to paper and let your ideas flow. Base what you write upon the Qur’an and Sunnah and have it checked by a person of knowledge. It’ll be a chance for you to do a bit of research, increase your knowledge and it may be a valuable resource for other sisters.

9. Be your husband’s Rock
When we support our husbands’ efforts in da’wah, we will be rewarded too. Allow him time to spend in this cause and help him in any way you can. Remember the hadith, in which Asmâ bint Yazîd ibn as Sakan (RA) came to the Prophet (sallallâhu alaihi wa sallam) and said: “Oh Messenger of Allâh, may my father and mother be sacrificed for you. I have come to you on behalf of the women. We have believed in you. We do not go out and we remain in your homes. We are your source of physical pleasure. We carry your children. A man goes out to pray jumu’ah and jamâ’ah and follows the janazah. And if you go out fo Hajj, or ‘Umrah, or Jihâd, we look after your wealth. We wash your clothing. We raise your children. Shall we not share in the reward?” The Prophet (sallallâhu alaihi wa sallam) turned to his companions and said: “Have you ever heard anything a woman has said better than what she has said?” Then he said to her: “Understand O Woman, and inform the other women. Indeed a woman’s perfection of her relationship with her husband, her seeking his pleasure, and doing that which he approves of is equivalent to all of that.” Asmâ left exclaiming “La ilâha illa Allâh!”[6]

Notes:
Source: www.islam21c.com
This article is copyright of SISTERS Magazine.

Ustadha Fatima is a British ‘Alimah’ (Islamic scholar), author & presenter of the IlmFeed Podcast, based in London.

She graduated with two Alimiyyah degrees (classical degrees in Islamic scholarship). One from the Ebrahim College seminary with a specialisation in Fiqh and the other with Distinction from AlSalam Institute, awarded by Sheikh Muhammad Akram Nadwi. She is currently completing a Masters degree in Islamic Law at SOAS, the University of London.

In her teens, she studied Arabic & Islamic studies in Egypt at the prominent Fajr Centre and Qortoba Institutes as well as a college of Al-Azhar University.

She is currently working on her books ‘Women in the Qur’an’ and ‘Aisha, the Truthful’, having authored her groundbreaking first book: ‘Khadijah, Mother of History’s Greatest Nation’

She has written numerous articles for Muslim magazines as well as for the Times newspaper, Times Online and emel Magazine, sharing the message of Islam with wider society.

She was Director of SEEDS OF CHANGE – the biggest Muslim women’s conference in Europe and a Dawah trainer for iERA.

In 2014 she was awarded the IKON UKHWAH International Award – for young women in dawah and community service at a ceremony in KUALA LUMPUR, MALAYSIA.