Reasons Behind the Japanese Tsunami 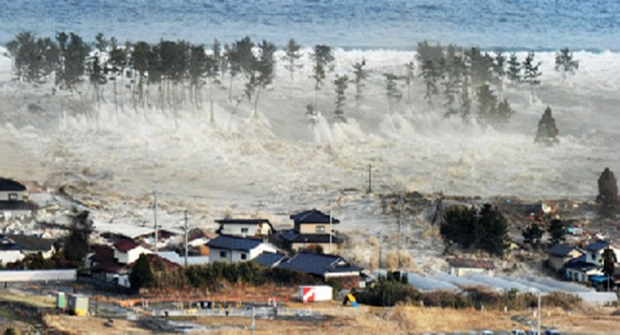 Muslims believe from divine scripture that the whole of mankind has been ennobled, and it is in that sense of shared humanity that Muslims feel saddened over the recent catastrophe that Japan has faced. It is the soft heart of the believer that requires him/her to reflect upon catastrophes such as the recent one where thousands have perished and thousands of others are still missing.

More than 1,000 bodies washed ashore on the first day in the north-eastern area hardest hit by the magnitude 8.9 quake that struck in the Pacific Ocean and triggered a devastating tsunami. Even on the fourth day search-and-rescue crews extracted more than 2,000 corpses with the Japanese Prime Minister Naoto Kan stating that this is Japan’s greatest national tragedy since World War II.

Such suffering can be very difficult to digest, and is true to note that many Muslims will ask: why did Allah allow this to happen? What is divine wisdom behind such a catastrophe?

The answer, as simple as it is, is given in the Qur’an,

Of course, we might ask: but what did the Japanese do? They have never fought the believers – the state has formally renounced war as a sovereign right and bans settlement of international disputes through the use of force.

Many people assume that Allah only punishes people when they commit injustices towards others, yet Muslims must refrain from being so self-absorbed; Allah created mankind so that they may worship Him in line with His monotheistic nature, and deviancy from such a clear purpose only serves to anger the Most High. It is true that Japan is not like the US or many of its allies in that it refrains from waging direct war against others, yet their failure was the lack of submission to Allah and refusing to admit that all of the favours they are blessed with are given to them by their Creator. Japan has the world’s third-largest economy and is the world’s fourth largest exporter and fifth largest importer. Japan is also a leading nation in technology, machinery, biomedical research, and fundamental scientific research, having produced fifteen Nobel laureates. Some of Japan’s most prominent technological contributions are in the fields of electronics, automobiles, machinery, and leads the world in robotic production and use. Despite the luxurious lives they live, as a community they have never thanked Allah by submitting to him.

Denying the Lordship of Allah and refusing to submit to Him in worship is the biggest act of injustice,

“Or do you feel secure that He will not send you back a second time to sea and send against you a hurricane of wind and drown you because of your disbelief? Then you will not find any avenger therein against Us.”[2]

The tragic event is without doubt a call from the Lord of everything that exists for people to submit to His Majesty and worship Him alone. It is a call for everyone to remember that this life is temporal and filled with suffering, and true enjoyment will only come with success in the afterlife.

“And this life of the world is only amusement and play. Verily, the home of the Hereafter, that is the life indeed (i.e. the eternal life that will never end), if they but knew!”[3]