#STAND4UYGHURS
Home / Analysis / The Puff Culture. Is it really harmful? 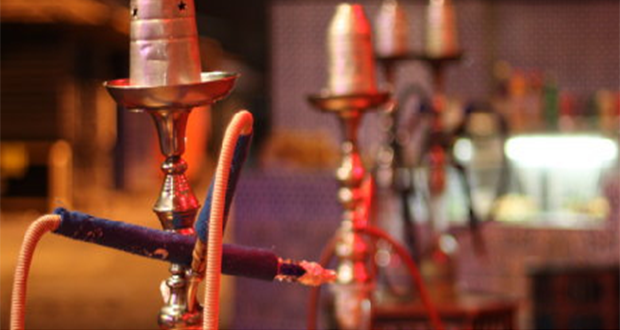 The Puff Culture. Is it really harmful?

Over the course of the last decade, there has been a remarkable surge in the prevalence of shisha smoking, particularly amongst the younger generation. This popularity has been fuelled in part by the appeal of inhaling flavoursome smoke alongside the emergence of numerous exotically decorated ‘shisha cafes’, where one can indulge in a myriad of tobacco flavours ranging from fruity apple to fizzy coca-cola. Perhaps the most significant factor in the rise of shisha smoking lies in the belief which many people hold, that it is a ‘healthier’ or ‘herbal’ alternative to cigarettes as it doesn’t have carcinogenic effects. In addition, many believe that shisha smoking doesn’t lead to addiction and as a result may be helpful to those who wish to give up smoking cigarettes.

Muslim scholars are unanimous in their position that smoking is something which is highly discouraged in Islam. Their principle reason for passing such a ruling is the well known adverse effects to one’s health which smoking causes. Food and drink (which includes smoking) may sub-classified into two categories; things which are good and bring benefit or things which are bad and bring harm.

Based on this verse from the Quran, scholars have regarded the act of smoking to fall under the label of Khabaa’ith or evil things, as opposed to something virtuous.  Further strength to their argument is added by the amount of money which a smoker wastes on buying something which brings about no benefit and the bad smell which a smoker frequently has causing harm to those around him.

Despite the agreement amongst Islamic scholars that smoking is something highly discouraged, shisha smoking continues to gain popularity amongst the Muslim youth. A few reasons for this may include a lack of awareness amongst some members of the youth on the shar’i (legal) evidences against smoking, or perhaps they are aware of the evidence but are indifferent towards it. Whilst this section of the Muslim youth continues to smoke shisha in ignorance, a second group are well aware of the evidence against smoking but contest it, citing their belief that shisha smoking cannot be grouped with other types of smoking as it isn’t associated with the adverse health issues, and furthermore, it smells nice. Moreover, if the shisha is bringing people together to share and benefit from each other’s company, then surely that can be described as money well spent?

The purpose of this article is to examine the scientific evidence on the issue of shisha smoking and to ascertain whether the beliefs of shisha smokers are indeed valid, or if their ‘beliefs’ should be relabelled ‘myths’.

Shisha smoking continues to gain popularity throughout the Muslim world. A study which examined smoking habits in 16 countries in the Eastern Mediterranean region including the Gaza Strip reported that regular Shisha smoking ranges from 6% to 34% amongst 13-15 year olds.[2] Azab and colleagues[3] have also demonstrated a staggering 42.7% prevalence of regular Shisha smoking amongst a sample of 548 Jordanian university students. The perception of shisha smoking being less harmful than smoking cigarettes is highlighted by studies of medical students in the Middle East, which showed a prevalence of 20% amongst Lebanese students, 23.5% amongst Syrian students[4], and 28.6% amongst Turkish[5] students.[6]

The appeal of shisha smoking isn’t confined to eastern Muslim countries alone. A study conducted amongst more than 900 British university students found that 38% had smoked shisha.[7] A much larger study in the US looked at shisha usage among a sample of 8745 students which demonstrated that almost 30% had smoked shisha.[8] However, perhaps the strongest evidence demonstrating the growth of shisha smoking comes from the Global Youth Tobacco Survey, which looked at trends in tobacco usage among more than half a million youths aged between 13-15 worldwide during a ten year period. The results showed that whilst cigarette use seems to be either stabilised or declining, usage of other forms of tobacco, notably shisha smoking, are on the rise.5

Is it Really Harmful?

There have also been a few studies which have compared the composition of shisha smoke with that of cigarette smoke. In fact, shisha smoke contains high levels of compounds such as carbon monoxide, polyaromatic hydrocarbons (which are associated with lung cancer) and nicotine.[11][12][13]

During the average smoking session, a shisha smoker can inhale on average 119L of smoke, which contains 150 milligrams of carbon monoxide, 4 milligrams of nicotine and 602 milligrams of ‘tar’.[14] This is an interesting finding, particularly as many shisha smokers relay the claim made on shisha tobacco packets that it contains ‘0% tar’. It has also been suggested that during a shisha smoking session, the smoker is subject to 3-9 times the level of carbon monoxide when compared to a single cigarette.[15] Taking this information into account may help to explain the recent reports in scientific literature concerning smokers being taken to the Accident and Emergency department with acute carbon monoxide poisoning secondary to shisha smoking, something which has never been reported with cigarette usage.[16][17]

Whilst the addictive effects of nicotine are well known, many believe that the amount of nicotine they are exposed to whilst smoking shisha is much less than that of a cigarette, and therefore the addictive effects of nicotine in shisha tobacco are not clearly obvious. A study by Neergard corrects this misconception by concluding that the nicotine exposure from one session of shisha smoking is equivalent to smoking 10 cigarettes a day.[18] Furthermore, shisha smokers may begin to exhibit traits of dependence, such as drug-seeking behaviour, escalation of use with time and an inability to quit despite repeated attempts.[19] In a random sample of 268 shisha smokers in Syria, 28% of respondents said they wished to stop smoking, and 59% said they had tried stopping but were unsuccessful in doing so.[20]

The Syrian Centre for Tobacco Studies postulates that there are two facets to the addiction which shisha smoker’s exhibit. The first is associated with nicotine, whilst the second reflects the social dimension around shisha smoking, with the more dependant smokers showing solitary and home-based smoking patterns.

Fear of the Unknown

Perhaps the greatest danger with shisha smoking is the fact that there are many unknowns and variables in analysing its true effect on human health. The shisha market does not have the same type of regulation as other branches of the tobacco industry, and as a result, there is no standardisation in the content or packaging of shisha tobacco and other accessories. Perhaps this might explain why claims of ‘0% tar’ go unnoticed, especially when scientific evidence shows us otherwise. In addition, given the huge variety of shisha tobaccos and various grades of charcoal, it is very difficult to determine exactly what the shisha smoker is inhaling. Indeed, one study unearthed that one of the brands of charcoal frequently used by shisha smokers already contained high levels of polyaromatic hydrocarbons which are strongly associated with lung cancer.[22] The synergistic effect of this along with the toxic chemicals from the tobacco (as shown above) could potentially have devastating effects on one’s health in the long term.

Contrary to popular belief there is plenty of evidence within scientific literature to suggest that shisha smoking maybe as equally harmful as cigarettes, and in some instances even more harmful. There is a strong association between shisha smoking and lung diseases such as COPD and lung cancer, with a possibility of other forms of cancer also being associated with this form of smoking. In addition, shisha smokers are exposed to high levels of toxic substances during a smoking session, many of which exceed the amount of toxins found in a single cigarette. The fact that shisha smoking has been known to cause acute carbon monoxide poisoning requiring hospital admission must be duly noted, particularly as this is not a phenomenon common with cigarette smoking.

The information presented in this brief review is of particular relevance to healthcare professionals who should educate their patients on the dangers of shisha smoking with scientific evidence. Furthermore, it would be prudent for the scholars of Islam, namely Islamic jurists, to take this evidence based information on board when considering religious rulings pertaining to shisha smoking.