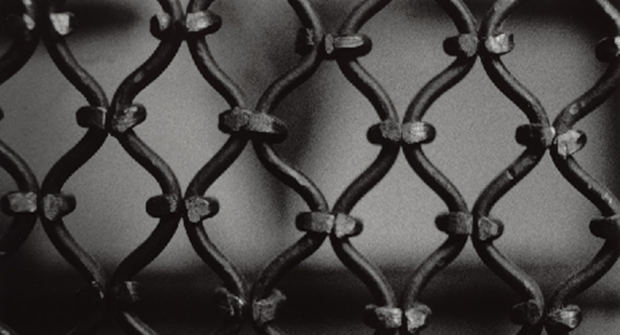 May 2011 will forever be remembered as the month in which the man deemed responsible for the deaths and suffering of thousands of innocents was assassinated in front of his family by US forces operating in the sovereign territory of another country. Having dumped Osama bin Laden’s body in the sea overnight, US President Barack Obama claimed that ‘Justice has been done’. May 2011 should however be remembered for the apprehension of another man deemed responsible for the deaths and suffering of tens of thousands of other innocents. For in the same month that Osama Bin Laden was executed, Ratko Mladic whose atrocities greatly exceeded Bin Ladin’s in both scale and gravity, was formally arrested in Serbia on 26 May 2011, for his role in the Bosnian genocide. The contrast in the pursuit, treatment and reaction of the world to the capture of two of the most wanted men on the planet exposes the extent to which we have been indoctrinated into viewing world events from a US-centric angle.

Osama Bin Laden was deemed to be responsible for the 9-11 attacks in which 2977 people were killed.

Curiously, he was never officially indicted for those offences, with even the FBI website, updated in November 2001, two months after the attacks and a whole month after the invasion of Afghanistan, only mentioning his suspected involvement in the 1998 US embassy bombings, in which over 200 people were killed. The FBI notice says Bin Laden is “a suspect in other terrorist attacks throughout the world” but does not provide details. Bin Laden was placed on the Ten Most Wanted list in June 1999 after being indicted for murder, conspiracy and other charges in connection with the embassy bombings, and a $5 million reward was put on his head at that time. The listing was updated after Sept. 11, 2001, to include a higher reward of $25 million, but no mention of the attacks was added. Later on, a White House spokesperson, in response to a question about Bin Laden’s role in 9-11, stated that he was not the mastermind behind it but “the leader of al-Qaeda … somebody we want to bring to justice”. In 2006, Dick Cheney also confirmed the lack of evidence pointing to Bin Laden’s direct involvement in 9-11. Despite never having been indicted for the 9-11 attacks, Bin Laden’s extradition was unconditionally demanded from the Taliban, the official government of Afghanistan at the time.

The Taliban reasonably refused to comply with such an ultimatum, and requested the US furnish evidence of Bin Laden’s complicity in the attacks, upon receipt of which they would surrender him to an independent tribunal rather than the US. What was remarkable about the Taliban offer was that there wasn’t even an extradition agreement between Afghanistan and the US. The Taliban was offering to deliver Bin Laden to an independent tribunal even though international law did not require it, so long as US officials provided the same type of evidence that is ordinarily required in extradition proceedings. Refusing to comply with due process, the US invaded Afghanistan in pursuit of Bin Laden. It furthermore intervened in an ongoing civil war in Afghanistan and ousted the Taliban from government installing the loyal and friendly Hamid Karzai as president. Over the course of almost a decade, the war in Afghanistan killed hundreds of thousands of innocent civilians and destroyed the lives of millions. Moreover, in its attempts to locate Bin Laden, US drone strikes in neighbouring Pakistan murdered approximately 2000 people. Iraq was also invaded and bombed back to the stone age under the pre-text of the War on Terror. The death toll there has easily exceeded one million and counting. The rule of law was completely suspended and thousands of people were disappeared, renditioned and detained without charge, and subjected to most sadistic forms of medieval torture, all in pursuit of Bin Laden. His Hollywood-style execution bore all the hallmarks of the law of the jungle without the slightest respect for due process or the rule of law. His assassination was celebrated by mobs in Washington and New York and welcomed by world leaders. If all this was done in the pursuit of a man indicted for the murder of a few hundred people, what kind of manhunt could be expected for someone indicted for the genocide of tens of thousands?

Ratko Mladic was Bosnian Serb leader Radovan Karadzic’s army chief throughout the Bosnian war. Along with Mr Karadzic, he came to symbolise the Serb campaign of ethnic cleansing of Croats and Muslims

The indictment against Mladic includes acts of genocide, crimes against humanity and ethnic cleansing. The specific allegations include the massacre of over 7500 Bosnian Muslim men and boys in the UN-protected enclave of Srebrenica in July 1995, Europe’s most horrific atrocity since World War II. Bosnian Serb forces laid siege to the Srebrenica enclave, where tens of thousands of civilians had taken refuge from earlier Serb offensives in north-eastern Bosnia. The Serb forces bombarded Srebrenica with heavy shelling and rocket fire for five days before Mladic entered the town accompanied by Serb camera crews. The next day, buses arrived to take the women and children sheltering in Srebrenica to Muslim territory, while the Serbs separated out all Muslim men and boys from age 12 to 77 for “interrogation for suspected war crimes”. In the five days after Bosnian Serb forces overran Srebrenica, at least 7,500 Muslim men and boys were murdered. Some estimates put the death toll at 12,000. Although Srebrenica was the worst atrocity Mladic was responsible for, he has also been indicted for orchestrating a targeted campaign of persecution between 1992 and 1995 intended to destroy the Bosnian Muslims, throughout Bosnia and Herzegovina, in which over half a million Muslims were killed, 2 million were made refugees, and 80,000 women were raped. Bosnian Serb forces – assisted by paramilitaries from Serbia proper – also expelled hundreds of thousands of Bosniaks and Croats from their homes in a brutal campaign of “ethnic cleansing”. Numerous atrocities were documented, including the widespread rape of Bosniak women and girls. Reporters also discovered Serb concentration camps, where prisoners-of-war were starved and tortured. Like Bin Laden, Mladic was also inspired by religious motivation.

The Orthodox Church’s involvement in promoting the war is indisputable.  It sanctioned the war as a ‘holy one,’ a call which was echoed by the Orthodox churches in Greece and Russia, where prominent Serbs including Karadzic were given a hero’s welcome on visits during the war. In 2003, Bishop Filaret of Mileseva was quoted as saying that was “proud to go to the Hague, I can hardly wait to see honest Serbs, to kiss the hands of men who fought for the Serbian people and their fatherland.” After the end of the war in 1996, Mladic returned to Belgrade where he enjoyed the open support and protection of Solobodan Milosevic. Despite the indictment against him, he lived openly in the city – visiting public places, eating in expensive restaurants and even attending football matches in a VIP box. These were no Bin Laden-style “rumoured” sightings either – a video of him released in 2009 showed him jigging with friends at a folk dance, hanging out with fellow officers in a barracks, and enjoying a ski holiday at an unidentified resort.  Hague War Crimes Tribunal Chief Prosecutor Carla del Ponte even accused the Church of ‘hiding those indicted of war crimes’. With Milosevic’s arrest and extradition to The Hague in April 2001 however, Mladic largely vanished from public view, spending much of his time as a guest of the army in barracks and bomb-proof bunkers. Nevertheless, in 2004, documents were leaked by Western diplomats suggesting Mladic was still enjoying the protection of the Bosnian Serb military. He was said to be regularly visiting areas in Bosnia to celebrate birthdays with his wartime colleagues and go hunting in remote forests. It was also revealed that Mladic had still been an official member of the Bosnian Serb military as recently as 2002 and was still receiving a military pension.

Despite hiding in a country only slightly larger than Ireland, Mladic remained at large “on the walk” for another ten years before his arrest on 26 May 2011.  The 16 year manhunt for Mladic did not involve the killing of a single individual nor the dropping of a single bomb. No country was invaded nor was the Serbian leadership threatened with regime change. Apart from neverending warnings, no effective action was ever taken against Serbia apart from refusing to allow it to join the European club. In reality, despite a few NATO searches over the years, there was no real political will to risk NATO agents’ lives in apprehending him, something even

recognised by the former UN envoy to Bosnia, Carl Bildt. According to reports from some Western intelligence services, Mladic’s eventual arrest and peaceful surrender in May this year was an entirely staged event – the result not of police work but of negotiations by diplomats, who spent a whole year hammering out a deal to get him to surrender in exchange for the prospect of EU membership. News of his arrest was welcomed by world leaders and survivors of the genocide who simply wanted to see real justice done and see Mladic tried and convicted for his crimes.

The evident disparity in the manner in which Bin Laden and Mladic were pursued over the last decade betrays the manner in which the American worldview of global events has dominated the mentality of the masses today. Mladic was officially indicted for the greatest crime which can be committed – genocide; the systematic extermination of a population. His crimes resulted in the deaths of tens of thousands of innocent lives. Bin Laden was indicted for the murder of hundreds. While all life is sacred, the manner in which Bin Laden was portrayed over the last decade and the devastation and murder committed in pursuit of him, suggests that he was the greater criminal, when the facts indicate the opposite. Two countries were invaded with millions killed and injured. Bin Laden was deemed so evil that his alleged supporters were held without trial for years and tortured while he himself was executed in cold blood. For President Obama, this was “justice”.

Mladic’s supporters were arrested and tried in a court of law, as he will be as well. Nobody lost their life in his pursuit. The irony in Obama’s reaction to his capture could not have been greater. Calling for “his expeditious transfer to The Hague”, Obama stated that Mladic would now face “justice” and would have to “answer his victims, and the world, in a court of law”. (This is not half as ironic as Mladic being sent for trial to the same country whose troops drank champagne with him after they surrendered his Bosnian Muslim victims to him at Srebrenica. The same troops were later honoured in December 2006 with Medals of Honour by the Dutch government for their role in Srebrenica.)

Some may argue that this double standard is because today, an American life is considered more valuable than any other. The argument is supported by the fact that the bounty on Bin Laden’s head was $25 million dollars, five times the amount offered for Mladic, who was responsible for at least twenty times as many deaths as Bin Laden.

Notes:
Sources: This articles has been sourced from cageprisoners.com