The Tale of Eid 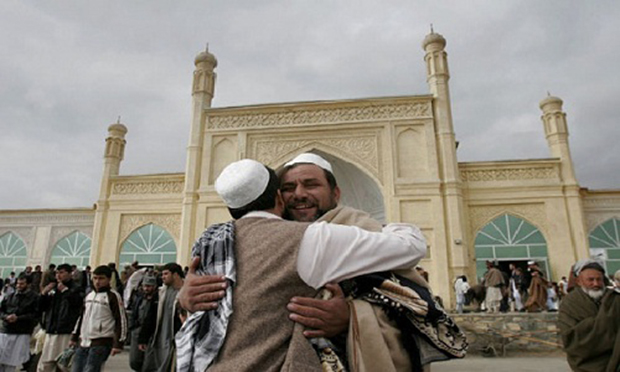 When the Prophet (sall Allāhu ʿalayhi wa sallam) migrated to Medina to establish the Islamic state under which different cultures live, he saw that the people of Medina celebrated two days upon which he immediately announced that Allah has gifted them something better: the day of ‘Eid al-Fitr (after Ramadan)  and the day of ‘Eid al-Adha (during Hajj). Despite the great strategy behind the move to Medina, the Sharῑʽa recognised the need for Muslims, as human beings, to celebrate annually. Furthermore, Islam being the system of reason, provided us with the reason behind celebrating such days: thanking Allah for His great favour given to the one who devoted himself to worship Allah for the whole month of Ramadan.

In the Quran, we read

“Allah  intends for you ease, and He does not want to make things  difficult for  you.  (He  wants  that  you)  must complete the same number (of days), and that  you  must magnify Allah [i.e.  to say Takbir  (Allahu- Akbar; Allah  is the  Most Great)  on seeing  the crescent of the  months of  Ramadan and  Shawwal] for having guided you so that you may be grateful to Him).”[1]

That is why the main event of ‘Eid is the prayer in congregation and in an open space to be witnessed by all. We pray two rak’ahs that include a number of takbirs; saying Allahu Akbar a greater amount of times than usual and it serves as admonition to maintain the relationship with our Lord. This is the meaning of Eid and this is the reason behind it. It is not celebrating for the sake of having fun. The great goal the Prophet was coming to achieve did not stop him from celebrating the ‘Eid in which he wore special clothes and allowed some fun to take place. The Companions used to take this path. They would spend more on their children, greet each other and feel happy about what Allah bestowed upon them. It is true that our ummah has been going through many difficulties for many years, yet this should not stop us from celebrating our ‘Eids as they are part of our ‘Ibadah. Moreover, the victorious mentality never lives in a continuous state of psychological defeat and inferiority.

The Arab spring, the overthrowing of a number of tyrants and the attempt of the Syrians to rid themselves of the worst regime ever known in the Muslim world, is a proof that the spring of the Ummah has started.

The difficulties many western countries are going through and their attempt to look for solutions, open many doors for Islam and for Muslims to flourish. We should always be optimistic as the Prophet used to be, and we take this ‘Eid as an opportunity to be even more optimistic and to say to everyone “‘Eid Mubarak!”