Complaining About the Hajj 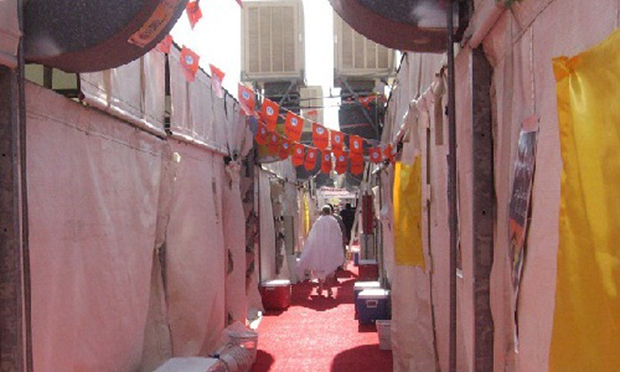 People love to criticise or complain, whether it is the weather, public transport or house bills. More than often they have the right to do so, but in being Muslims Islamic morality teaches us very succinctly that complaining decreases tawakkul in Allah and aids in increased belligerence. Added to that is the idea that the devil uses negative feelings to incite animosity and despair in one’s heart, both very perilous maladies.

Very unfortunately, complaining is somewhat of a British trait in that most small talk is made up of menial complaints ranging from the weather to neighbours. This isn’t to negate this ominous trait from other nationalities or other parts of the world, but as Britons, Muslims should do as much as possible to change negative notions of Britishness and alter it into positive aspects of our identity. Thus for the Muslim, our small talk should be made up of positive outlooks constantly ascribed back to God in keeping with our monotheistic tenets. This is easily done if we follow the Prophetic statement,

“Look upon one who is below you in status. In this way you will not look down upon the grace that God bestowed upon you.”[1]

Thus every statement made should follow with praise and thanks to Allah, since every bit of information one discusses will be seen in a positive light and as a blessing rather than a curse. There is no doubt that for every situation one finds themselves in there is another person in a worse predicament. This attitude should be adopted nowhere more so than the Hajj where millions of Muslims travel from the very ends of the earth responding to the call of Abraham and traversing through difficulty in order to pay homage to the Lord God. It is reported in a weak narration[2] that the Hajj is jihad, with a similar notion being reported in an authentic narration related by A’ishah concerning the Hajj undertaken by women[3], both of which establish that during the Hajj difficulties are meant to arise so that Allah “may test you [and establish] which of you is best in deed.”[4]However, the five star packages purchased by western pilgrims tend not to extend to the five days of Hajj in which they camp at Mina, travel to Arafah and Muzdalifah, and circumbulate the Ka’bah, much of it on foot. The comforts of power showers, feathered pillows and orthopaedic mattresses are forced to go amiss, and it is in such conditions that despair sets in and acrimony towards others develops. It is in this environment that the complaints begin; towards tour operators (not to absolve dodgy Hajj operators), the Saudi authorities, other pilgrims, and often anyone in the immediate vicinity. Tears are shed over small blisters or a crowded Masjid al-Haram, some abhor the idea of remaining at the camps for the full five days and opt to leave as soon as possible (after the fourth day), with others opting to leave even earlier and pay the expiation. It is in this way that Hajj becomes a rabbinical act devoid of actualising the core basis of the pilgrimage – subservience to the commandments of the One true God out of reverence, fear, hope, and love. Although many fail to achieve spiritual fulfilment through the hardships of the Abrahamic pilgrimage, it is the hardships themselves that purify and soften a heart that becomes hardened by worldly luxuries. Even the mere act of collecting stones from the dirt (for the stoning at the jamarat) should serve to humble the haughty heart and prepare moisturised fingers for remembering God reminding one that such dirt shall eventually be our final abode.It is the notion of hardship that we have forgotten and in being part of a world saturated with godless materialism and consumerism we assume every situation should be engineered to muster our delight. This very dangerous presumption will continue to ruin us, in our faith, our uprightness and our relationship with the divine. Although we quite rightly reiterate that Islam is the solution to every ill our complaints are symptomatic of the deeper problems our faith has yet to cure – we are happy to rant about our discontent like spoiled brats but fail in actually doing anything productive. Aside from complain, how many British Muslims have, upon return from the holy lands, undertaken some sort of action to bring about change (instead of complaining)? How many Muslims have even thought to do so?As much as there is some semblance of order during the Hajj season, it is not my intention to absolve shortcomings or posit that we should be content with the way things are. It is palpably clear that the authorities continuously fail to implement systems and safeguards that maintain an acceptable level. Two Britons were killed by a coach fire, coaches that were old and clearly lacking in safety. The list of shortcomings are long, but instead of complaining amongst ourselves so as to justify our own spiritual shortcomings during the Hajj, let us be productive Muslims who thank God for what He the Most High has bestowed upon us as well as drive to improve the Hajj for all pilgrims. Constructive criticism with the intent of positive change is always better than a rant.

In order to actually attempt to bring about change, contact Lord Adam Patel, previously head of the now disbanded British Hajj delegation (his details may be found

here) and Rashid Mogradia, director of the Council for British Hajjis (contact details may be found here).

Alternatively, you can barrage the Saudi Arabian embassy in London with letters, faxes and emails detailing the shortcomings of the authorities and demanding improvements.

Notes: ‘Experience the Interactive Hajj Quiz here’
Sources:www.islam21c.com
Islam21c requests all the readers of this article, and others, to share it on your facebook, twitter, and other platforms to further spread our efforts.