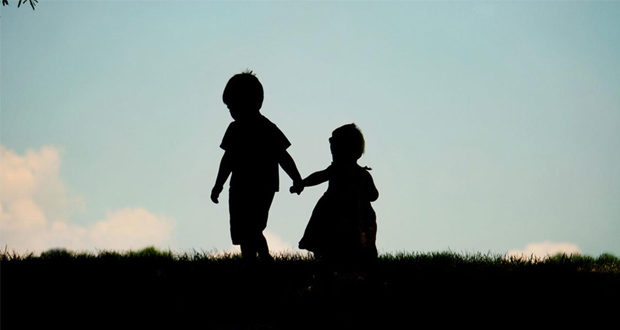 In part 1, we reflected over 14 aḥadīth of tarbawi benefit – each one teaching us the value and virtue of taking certain practical steps, seeking creedal and devotional development of both ourselves and our families.

In this second part, the tarbiyah focus lies in behavioural development, by encouraging good manners and strengthening the bonds of brotherhood. Whilst perhaps the younger members of our families are less able to implement some of the actions mentioned in the previous article, many of the narrations that follow can be explained to and acted upon by any child capable of understanding. And as always – the first step is to implement these ourselves.

The importance of good manners is heavily stressed throughout our history. Imām Mālik said:

“My mother would dress me up in the clothes of the scholars while I was still a young boy and she would tell me, ‘Go to the Masjid and seek knowledge from Imām ar-Rabiʿah; study his manners before you take from his knowledge.’”

Another famous story involves his student, Imām Ash-Shafī’. He was once away from home for two years and decided to return home to his mother. Upon arrival, he knocked on the door but before she opened, she asked: “What are you coming back with?”

He immediately replied, “I have come with knowledge and manners.”

However this answer was not satisfactory to his mother and she refused to let him in, saying “Go back, for you have not come back with anything.”

Of course Imām Ash-Shafi’ was surprised; having exerted so much effort seeking knowledge, as his mother had wished for him. He decided to visit Imām Malik and explained what had happened.

Imām Malik, having had a similar upbringing, replied to him, “When you go back, tell her you have come back with manners and knowledge”. Because good manners always comes before knowledge. Imām Ash-Shafi’ returned and answered in this way; upon this, his mother opened the door and took him into her embrace.

Any parent naturally appreciates being treated with good manners and seeing their children act with good manners towards others. Its importance in Islām is paramount. Possessing a broad scope, encompassing many different behaviours, we have selected just a few aspects of manners to mention here.

This first narration is vitally important for so many aspects throughout our lives. From amongst the best methods of calling others to Islām is for Muslims to be known for their good conduct and manners; let us try our utmost to ensure our children appreciate the true value of good manners.

In these two narrations, we learn that simply having a cheerful face is a sadaqah and can be rewarded as such. However, we balance this with the latter reminding us not to overdo it with excessive or unpleasant laughing.

The two narrations above highlight some key elements of good manners. In current times when the world is online and social media plays a big part in daily lives, it is especially important to adhere to the principle of leaving that which does not concern us; as indulging in this leads to many social ills such as gossip, slander, envy, and much more. Rather, we follow the guidance given to us in the second of these aḥadīth; speaking good or remaining silent, and honouring our neighbours and guests. How many today even know their neighbour’s name?

The next ḥadīth is also particularly relevant in current times when the concept of modesty (haya’) is all but frowned upon. Both ourselves and our children should be regularly reminded of its virtue.

There are many lessons covered in the three narrations above, to learn ourselves and to pass to our children. In an age of constant debate and a longing for unity in the ummah, what a difference it would make if we were able to leave an argument for the sake of wider benefit.

Next we take a brief look at narrations pertaining to increasing brotherhood. In this day and age, where we see much division and strife between the Muslims in many lands, we pray and hope that our children handle their differences with greater wisdom. That same energy expended into arguing over differences could be a force for good if channelled into increasing brotherhood.

Some narrations taught to us by our beloved Prophet (sall Allāhu ʿalayhi wa sallam) highlight the importance of brotherhood and looking after each other.

This ḥadīth yields much benefit to those who would reflect. Some of these points of reflection are detailed in “Excelling through the Bond of Brotherhood”.

SubḥānAllāh – may Allāh give us the ability to act upon that which we learn. The need for us to cover the faults of our brothers and aiding them in their times of need cannot be understated.

Whilst many of the narrations pertaining to good manners can easily be explained and read out to young children, those regarding brotherhood could be considered a little more complex (in some cases). However, the principles mentioned are clear and should be part of our daily lives, so much so that even if a younger audience cannot understand them in words yet, they can still witness them in our own actions and inherently develop this love for their brothers and sisters.

In the following article, we will reflect upon twelve more narrations of various tarbawi benefit inshāAllāh. We ask Allāh to grant us the ability to receive tarbiyah through these narrations, put them into practice ourselves, and bring up children upon them. Amīn.