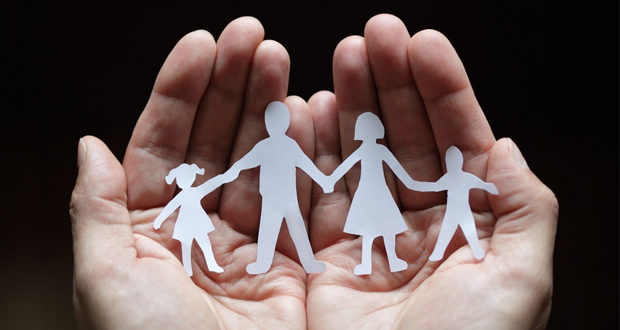 There is a clear distinction between the standard education process versus Islamic tarbiyah, the latter encompassing a far wider scope, and being a responsibility tied to every person whom Allah has granted some form of guardianship to—his or her flock.

This is undoubtedly a huge responsibility, which can be a great blessing and source of reward if fulfilled correctly. Whilst there is a plethora of parenting or nurturing books and websites available, what better place to look for practical guidance and solutions than the Sunnah of our beloved Prophet (sallAllāhu ʿalayhi wa sallam)?

There is a vast collection of ahādīth where we can learn from the tarbiyah given to the Companions, both young and old, which cover the various dimensions of Islamic tarbiyah, including:

With these in mind, just over 40 narrations have been collected—most of which are reminders for ourselves as parents to act upon first and foremost—whilst a handful are perhaps more story-like to narrate to the children, although we still can certainly benefit from hearing and reflecting upon them.

The famous hadith on actions being by their intentions has not been included as the focus is specifically on outward actions that our children can learn from us through witnessing them in action (and by hearing these narrations), but of course we always need to ensure we do everything solely seeking the pleasure of Allāh.

We begin with narrations pertaining to creedal and devotional development, for we have not been created by Allāh except to worship Him. As such, it is key to build love for our Lord, and know that He alone is worthy of worship, as this is the basis for success in anything we do. Thus, the first 14 narrations focus on the virtues of the obligatory and strongly recommended acts of worship, including adhkār and developing a strong attachment to the Book of Allāh.

These first three narrations may well contain information already well-known to many readers, but if we pause and reflect upon them they are truly key to our success in this life and the next. Through our strict observance of these acts, our children will learn of their importance and necessity long before they need to start performing these themselves, and will eagerly await their turn too, inshā’Allāh.

Next, we consider some of the virtues of acts beyond the obligatory prayers.

Often those who are just reaching the age where they start to pray find these more exciting than the obligatory prayers themselves, given the amazing reward on offer, such as a house in Paradise! The aim is to make these virtues understood early on and create a desire to attain them.

Regularly reading these beautiful ahādīth to our children once they are able to understand is important, but additionally putting them into action ourselves is what will truly impact them inshā’Allāh.

We then move on to instilling love for the Qur’ān.

Some scholars mention that if one starts reciting Qur’an to their child only once they are born, even that is an opportunity missed. Rather the child should be regularly hearing the Speech of Allah recited from when they are in the wombs. Instilling love and appreciation for the Qur’ān right from the beginning will inshā’Allāh make our children excited to spend time with it and begin a long and fruitful journey reciting, memorising and pondering over its verses.

Again, these narrations can and should be mentioned to our children, but by acting upon them and making our houses places where the Qur’ān is venerated, recited, reflected upon every single day, is the best way of ensuring the message is received and appreciated.

Lastly, in this part of the collection, we conclude with the virtues of further supererogatory acts, including dhikr, consistency in good deeds, and making duʿā in the last third of the night.

From these 14 narrations, we remind ourselves of the countless blessings we have been given as believers. By frequently reading them with our families, and reflecting and acting upon them with sincerity, inshā’Allāh we will be able to nurture our children accordingly, leading to both ours and their ultimate success. After all, a desire to draw close to Allāh is imprinted upon the fitra (innate, natural disposition) of every child, and being informed of and reflecting upon ahādīth such as the above will—with the tawfīq of Allāh—be like watering a healthy seed planted into fertile, unpolluted soil.

In part 2, we look forward to reflecting over narrations pertaining to some of the other dimensions of tarbiyah, with particular focus on behavioural development and good manners.

[3] Muslim, on the authority of Jabir b. ‘Abdullah

[4] Muslims, on the authority of ‘Abdullah

Previous: Judge backs university’s dismissal of Christian student for Facebook comments on homosexuality
Next: Balfour Declaration 100 years on: a moment of shame for the Muslim ummah?