Hadiths to Teach Your Children 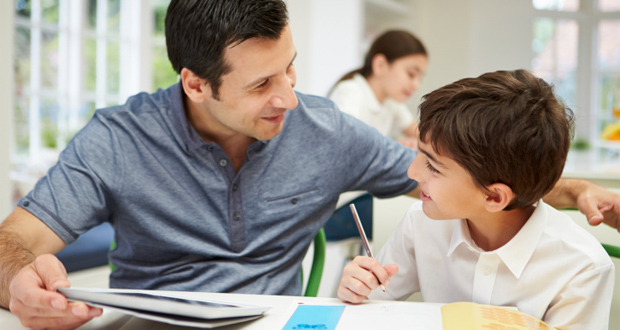 We have thus far discussed aḥadīth pertaining to creedal, devotional and behavioural dimensions of Islamic tarbiyah and mentioned the importance of reading these regularly, pondering over them, and putting them into action ourselves – with the aim of pleasing our Rabb whilst instilling these values and principles in our children.

Any parent wants the best for their child, that is, first and foremost, success in the Hereafter, and it is well known that the old approach of “Do as I say, not as I do” is not only ineffective, but quite often counter-productive.

The final part of this collection covers further narrations that we should reflect upon and strive to implement their teachings in our daily lives. Some of these are related to the development of skills, others behavioural development and others creedal. In reality, a number of these cover multiple dimensions of tarbiyah; such was the brevity of the speech of our beloved Prophet (sall Allāhu ʿalayhi wa sallam).

We begin with two aḥadīth related to strength:

The first ḥadīth highlights the importance of our seeking strength as believers in all aspects, including physical strength. When parents think about tarbiyah, we must not limit our focus to the spiritual side alone. Rather, nurturing our children includes teaching them the need to eat healthily, exercise regularly, and gain physical strength – for the sake of being more beloved to Allāh.

The strength referred to is also in terms of strength of faith and reliance upon Allāh, and this is further touched upon in the second ḥadīth regarding stopping evil when we see it.

The next narration teaches us about the way to look at life; remembering to always be grateful for the good we are blessed with and remaining patient in tougher times.

One of the salaf once said that no calamity befalls him except that he praises Allāh for not giving him a greater calamity; for not allowing the calamity to affect his faith; for allowing him to have patience; and for allowing him to attain reward for having patience. Allāhu Akbar! May we successfully raise our children to possess this outlook.

The two narrations above teach us who, from Allāh’s creation, our hearts should be most attached to. We love the Prophet (sall Allāhu ʿalayhi wa sallam) and seek to follow him in everything we do. By regularly reading his sīrah and knowing his companions and their stories, we are inshāAllāh able to build a strong attachment to him in our households. If we truly love someone, we must undoubtedly spend time learning about him!

As for the one most deserving of love from those present in our lives, then, of course our amazing mothers cannot be matched. This narration is well known and we all want our children to implement it towards their own mothers (and fathers) – but let it be a reminder to us to honour our own parents and always treat them with as much love and respect as possible.

These two stress the virtue of seeking (beneficial) knowledge and passing it on. We should aim to raise children who have a passion for acquiring beneficial knowledge and putting it into action. As always, leading by example is key and we should be cautious not to fall into thinking we may be too old to seek knowledge ourselves – every one of us, at all ages, should be on a path of knowledge –  at the very least spending time learning the Qur’ān.

The ḥadīth below teaches us of the virtue of looking after orphans; something which those of us living in the West have great opportunity to do through the number of charities offering orphan sponsorships. We must do all we can to instil in our children the love of giving and helping those in need.

This narration should motivate us to call to good, to be involved in da’wah, enjoining the good and forbidding the evil. It provides an encouragement to parents and perhaps eldest siblings to lead the way, knowing that their reward will be multiplied many times over if their example is followed.

The next ḥadīth is an amazing narration that teaches us and our children about placing our total trust in Allāh. It is from amongst the most precious of advice we can pass on to our children and something we should all be regularly reminding ourselves of. It is perhaps especially beneficial in reminding our children reaching adolescence not to fear being different and to remain steadfast upon that which pleases Allāh.

The final ḥadīth included in this series is a story for all ages that teaches us the importance of gratefulness and truthfulness.

The angel then went to the bald-headed man and said, ‘What thing do you like most?’ He said, ‘I like good hair and wish to be cured of this disease, for the people feel repulsion for me.’ The angel touched him and his illness was cured, and he was given good hair. The angel asked (him), ‘What kind of property do you like best?’ He replied, ‘Cows,’ the angel gave him a pregnant cow and said, ‘May Allāh bless you through it.’

The angel went to the blind man and asked, ‘What thing do you like best?’ He said, ‘(I like) that Allāh may restore my eye-sight to me so that I may see the people.’ The angel touched his eyes and Allāh gave him back his eye-sight. The angel asked him, ‘What kind of property do you like best?’ He replied, ‘Sheep.’ The angel gave him a pregnant sheep. Afterwards, all the three pregnant animals gave birth to young ones, and multiplied and brought forth so much that one of the (three) men had a herd of camels filling a valley, and one had a herd of cows filling a valley, and one had a flock of sheep filling a valley.

Then the angel, disguised in the shape and appearance of a leper, went to the leper and said, I am a poor man, who has lost all means of livelihood while on a journey. None will satisfy my need except Allāh and then you. In the Name of Him Who has given you such nice colour and beautiful skin, and so much property, I ask you to give me a camel so that I may reach my destination. The man replied, ‘I have many obligations (so I cannot give you).’ The angel said, ‘I think I know you; were you not a leper to whom the people had a strong aversion? Were you not a poor man, and then Allāh gave you (all this property)?’ He replied, ‘(This is all wrong), I got this property through inheritance from my fore-fathers.’ The angel said, ‘If you are telling a lie, then let Allāh make you as you were before.

Then the angel, disguised in the shape and appearance of a bald man, went to the bald man and said to him the same as he told the first one, and he too answered the same as the first one did. The angel said, ‘If you are telling a lie, then let Allāh make you as you were before.’

The angel, disguised in the shape of a blind man, went to the blind man and said, ‘I am a poor man and a traveller, whose means of livelihood have been exhausted while on a journey. I have nobody to help me except Allāh, and after Him, you yourself. I ask you in the Name of Him Who has given you back your eye-sight to give me a sheep, so that with its help, I may complete my journey.’

The man said, ‘No doubt, I was blind and Allāh gave me back my eye-sight; I was poor and Allāh made me rich; so take anything you wish from my property. By Allāh, I will not stop you for taking anything (you need) of my property which you may take for Allāh’s sake.’ The angel replied, ‘Keep your property with you. You (i.e. the three men) have been tested, and Allāh is pleased with you and is angry with your two companions.”

We ask Allāh to enable us to draw many more lessons from these narrations and implement the fruits of them in our lives, and to enable us to nurture our children in the best of ways so that we are all from His most beloved slaves. Amīn.