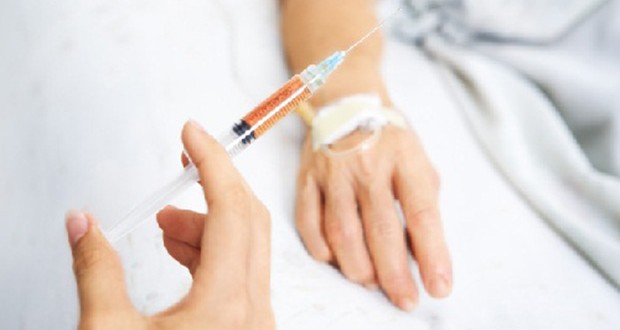 Assisted Suicide – Another Battleground for the Atheists versus Theists

There has been a growing call in the United Kingdom to legalise the act of ‘assisted suicide’, where the death of a terminally ill patient is moved along with the assistance of another individual on grounds of compassion. Earlier this month the Faulkner report concluded that there is a strong case to allow assisted suicide for terminally ill patients in England and Wales[1]. This report was funded by Sir Terry Pratchett who himself suffers with Alzheimer’s disease and has been actively campaigning for a change in legislation since his diagnosis.

The findings of this commission have re-ignited the debate on assisted suicide. There is a growing sentiment amongst the public to see a change in legislation, highlighted by a number of polls on the subject which regularly show that almost three quarters of the population want some form of legislation to allow assisted suicide. Doctors, however, are more divided on the issue which comes as no surprise since they’re trained with the mindset of preserving life.[2] Moreover, as the primary agents for healthcare delivery, doctors are very well placed to identify causes for concern in changing the legislation that the general public may be oblivious to, which may further explain the disparity in poll results.

Summary of the Arguments

It is important to understand the difference between euthanasia and assisted suicide. With euthanasia, a doctor initiates a causal sequence of events resulting in the death of the patient. In the case of assisted suicide, the doctor may either help or fail to prevent a patient completing a course of action which results in their death. In the former case, the doctor is in control whereas in the latter situation the patient remains the agent, although this boundary may be somewhat blurred.

The argument for those who call for assisted suicide to be legalised centres around the concepts of easing suffering and quality of life. In chronic degenerative conditions such as motor neurone disease and Alzheimer’s disease, patients experience a gradual loss of normal physiological function which ultimately results in their quality of life being severely impaired. For example, such patients may need to be fed artificially and may not be able to go the toilet independently consequently soiling themselves, and they may be completely bedbound to name but a few of the major factors lowering their quality of life. These patients eventually require substantial packages of care to keep them alive with intensive medical and nursing support. With so much resource going into ‘prolonging’ the life of an individual with such an apparently poor quality of life, proponents of assisted suicide argue that such patients should have the right to terminate their life prematurely so that they may die with ‘dignity’.

Those who are opposed to the notion of assisted suicide raise legitimate concerns about the execution of such a practice and argue that its legalisation may ultimately lead to more harm within society. The issue of regulation is one which is frequently mentioned by anti-assisted suicide groups; what steps will be taken to ensure that assisted suicide is properly executed and how, if at all possible, will we be able to determine if foul play has been involved at any stage? Moreover, is it really possible for a patient to make a truly autonomous decision on their wish to opt for an assisted suicide? In his article, Andrew Warnock argues that assisted suicide can never be an autonomous decision, as once a loved one’s opinion is called into the matter, so are their interests[3]. This opens up the possibility of vulnerable adults being coerced into making the decision to take their life for the gain of others, leading the British Medical Association to conclude that the opportunities for manipulation and abuse in such a situation would be ‘unacceptable’. In addition, the BMA argues that the legalisation of assisted suicide may alter public perception of the weak, the chronically ill and the mentally impaired and perhaps their worth may be devalued[4]. This is a potentially dangerous situation, especially when one takes into account that as legislation currently stands there are frequent reports about the physical and mental abuse vulnerable adults go through.

The Members of the Debate

The public debate on assisted usually suicide is yet another battleground for the godless and the God-fearing. The Church of England has recently maintained its stance of being against assisted suicide, by condemning the findings of the Faulkner report[5]. They accused the commission of bias, highlighting that the commission was made up of self appointed individuals and excluded people known to be against assisted suicide, and they further reiterated the concerns surrounding the safeguarding of vulnerable adults within the proposed change in legislation. Other religious groups, including the UK Muslim community, are yet to officially comment on the findings of this commission.

The central reason for atheists to strongly support assisted suicide stems from one of the key arguments they use to prove the non-existence of God. After all, how can a compassionate, merciful God allow people to experience intense pain and suffering through chronic medical conditions? They reason that if there really was an all merciful Creator, he would never allow us to undergo such suffering.

Unfortunately when the devoutly religious argue against assisted suicide, they tend to focus their argument on issues of regulation and the potential for harm. Whilst these are important points, they fail to discuss the crux of the issue that assisted suicide goes totally against the commandments of God unto mankind.  Perhaps they feel ashamed to make this point in public, as the belief in a supreme creator continues to be heavily caricaturised in the increasingly secular media. Thus, were they to base their argument around this point, it would be portrayed as crass comedy as opposed to being viewed as a legitimate response to proponents of assisted suicide.

The fact that theists feel they cannot focus their argument on this central point illustrates the uphill task they have in convincing the secular public on the arguments against assisted suicide. Rather than discussing the legal intricacies of assisted suicide, faith groups need to be bold in their response that assisted suicide goes against what God has ordained for man. However, such an argument can only be effective if there is a continual effort from theists to convince the general public in the existence of an all powerful God.

The concept of assisted suicide is something strictly against the principles of Islam. This is illustrated through a number of texts:

Do not kill yourselves, for verily Allah has been to you most merciful[6]

…take not life which Allah has made sacred”[7]

There is also a Prophetic tradition referring to the grave sin of hastening one’s death for medical reasons. It was narrated by Jundub that Allah’s Apostle said,

“Amongst the nations before you there was a man who got a wound, and growing impatient (with its pain), he took a knife and cut his hand with it and the blood did not stop till he died. Allah said, ‘My Slave hurried to bring death upon himself so I have forbidden him (to enter) Paradise”[8]

Muslims believe that the reason God created life and death was to test mankind and thus any hardships man faces are a means for God to test his creation. Moreover, if someone patiently perseveres with a hardship understanding that this is from God, the hardship can act as a means for expiating previous sins and more importantly, this can raise the rank of the person in the hereafter.

Who has created death and life, that He may test you which of you is best in deed. And He is the All-Mighty, the Oft-Forgiving.[9]

Taking these texts into consideration of the context of the current discourse, one can deduce that Muslims believe in an Almighty Creator who has forbidden people to take their own lives regardless of the situation. Specifically in the case of assisted suicide, this cannot be justified on grounds of compassion and ease of suffering, as doing so equates to rejecting the test that God has placed upon a particular individual. As the Muslim’s ultimate vision is to seek the best abode in the hereafter where any worldly suffering will be forgotten, the encouragement is there to patiently endure any illness which can ultimately act as a source of expiation, thus raising the rank of the Muslim in the hereafter. Therefore, with the correct mindset, any apparent suffering experienced in this life may ultimately be a source of good for an individual.

The Need For Action

Despite the significant media attention surrounding the issue of assisted suicide, Muslims in general have been remarkably quiet on the issue. As Muslims, we must strive to call to that which is good and actively warn against things which go against what God has commanded, for doing so will ultimately harm humanity. For Muslims to sit back idly knowing that the potential exists for assisted suicide to become legal in the UK is simply unacceptable.

We can perhaps learn a number of lessons from the legalisation of abortion in the UK. Since the late 1960s abortion rates have continued to rise and we haven’t seen a sizeable reduction in the abortion rate since the mid 1970s. We must ask ourselves whether this really is a satisfactory outcome. Whether one agrees or disagrees with abortion, both sides of the debate should be united on the point that abortion rates must be kept to an absolute minimum. We must ask if we as society have really done enough to identify and effectively address the root causes of why people might end up seeking abortions. Moreover, although abortion has become widely accepted amongst the public, do people stop and ponder over the ethical and moral implications of their actions?

If assisted suicide was to be legalised in the UK, it would be worrying to observe a similar pattern of events as with the case of abortion, where we would initially see a sharp rise in cases, with a gradually increasing rate over the ensuing years. Would the people in the future really think deeply as we are now about the ethical implications of prematurely ending one’s life, or will it attain the status of ‘normality’ as abortion has? Perhaps they will be even less concerned in the prospect of going against the commandments of God either due to fewer people raising this point, or due to religions succumbing to pressure and eventually moving towards accepting the practice.

It is for these reasons we must start becoming more vocal in this debate. Although there are a significant number of Muslim doctors in the UK, many of whom would describe themselves as orthodox, silence on this issue has been well and truly palpable. Muslim doctors must work in conjunction with Muslim scholars and thinkers to construct a sound argument against assisted suicide. In addition, they must collaborate with other groups who call against the motion, to give the overall movement more strength.

Ultimately, there is a high likelihood that this legislation will eventually be passed given the fact that academia is dominated by atheists. By continuing to present ‘evidence’ for assisted suicide as the Faulkner report did, they may eventually win the hearts and minds of general public on this debate. Whilst the task at hand is certainly challenging, this should be all the more of a reason for Muslims to engage.

:Notes
Sources: www.islam21c.com
Islam21c requests all the readers of this article, and others, to share it on your facebook, twitter, and other platforms to further spread our efforts.