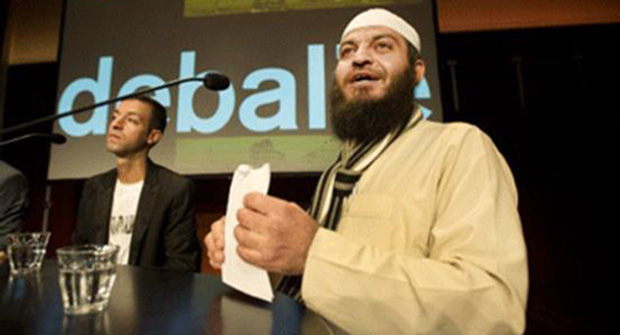 On the 16th of February, Shaykh Haitham al-Haddad was invited to participate in a panel discussion at the De Balie institute in Holland. On the face of it, this seemed a unique opportunity for Muslims to be appropriately represented on a prominent Western forum by a leading scholar of orthodox Islam. However, typically the invite was fraught with controversy and had an ulterior motive.

The build-up to the debate centred around a plethora of unsubstantiated attacks on the Shaykh’s opinions and ideology through the Dutch media. To add to this, the tone and agenda of the eventual discussion at the De Balie Institute was quite evidently pre-determined and aligned to the above, as became apparent from the outset of the program. Regardless of the adverse circumstances,  Shaykh Haitham held his own through an exemplary show of articulatory prowess coupled with a measured execution of his responses to these baseless allegations. As the recording shows, inevitably this not only resulted in his opponents being silenced, but also caused his critics who were present to discredit themselves.

Must watch to the end.