Live below the Line 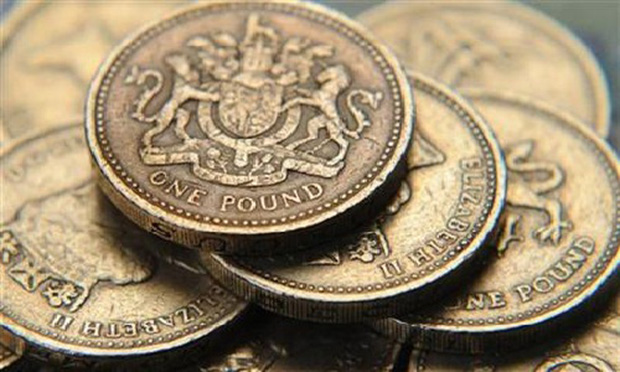 Extreme poverty is a worldwide problem and few of us have any idea what it means to live in such a dire state. That is why an initiative like ‘Live below the Line’ is so important in trying to help us understand the constricted lives of many who live below the poverty line.

‘Live below the Line’ is a challenge to participants to feed themselves on £1 a day (the UK equivalent of extreme poverty) for 5 days. It is running from 7-11 May 2012. It’s an invitation to be creative, whilst at the same time, raising one’s own, as well as other people’s consciousness about the difficult decisions one has to make on an extremely tight budget. In reality, many people don’t just have to eat on £1 a day, but ultimately, have to pay for shelter and transport too. As the saying goes, empathy is more powerful than sympathy, and putting ourselves in other people’s shoes can do wonders for our own growth as human beings. Understanding a problem is halfway to solving it, and as more people have awareness of global poverty, more can be done to address its causes.

Islam is a religion of mercy, and encourages compassion and charity from Muslims. The Islamic Zakāh system, incumbent upon all Muslims, is built on the principle of the richest members of society giving to and empowering the poorest; and Muslims are encouraged to give beyond the obligatory. Indeed, Islam was built on the generosity of the companions who gave selflessly for the sake of God. Another integral pillar of Islam, fasting, whilst it has many spiritual benefits, is also about cultivating an understanding of the plight of the poor who may not have access to a full meal in a week or a month or more. This is truly shameful in our modern world that boasts of advances in so many fields and yet such a basic human need is not being met for so many millions.

The Prophet Muhammad (peace be upon him) said “He is not a Muslim who eats his fill whilst his neighbour goes hungry” (Bayhaqi). In our global village, our neighbours arguably extend far beyond just the family next door, since every action from what we purchase to what we wear has implications for someone in another country. The Prophet Muhammad (peace be upon him) also said: “The best of people are those that bring most benefit to the rest of mankind” (Daraqūtni). The millennium goals that were set at the turn of the last century included “eradicating extreme poverty and hunger” and twelve years later, we still have the heart-wrenching reality of around 25,000 people dying every day due to hunger-related causes. In a world where a small percentage of the population are consuming the majority of the earth’s resources, something needs to be stirred in the hearts of the majority of people in order for this unjust imbalance to be addressed.

It is in this spirit that we support this campaign to get ordinary folk to ‘Live below the Line’. Any action that encourages compassion and mercy, carried out in a halāl manner, is worthwhile. Moreover, each person participating in the challenge is automatically giving opportunity to their family and social networks to also engage in goodness by inviting them to donate to a charity working to alleviate poverty globally. Charities participating this year include Malaria No More, MADE in Europe, Giving Africa, UNICEF, ChildHope, and many more.

Put faith into action, and challenge yourself to join the wave of tens of thousands of people across three continents to live on £1 a day for 5 days. Sign up on: https://www.livebelowtheline.com/uk and choose a charity that will make a difference where it matters.

Notes:
Islam21c requests all the readers of this article, and others, to share it on your facebook, twitter, and other platforms to further spread our efforts.
Fazila Bux
Share. Facebook Twitter LinkedIn Email Telegram WhatsApp
Previous ArticleCampus Wars – Israel Supporters Want to Rewrite Islam
Next Article What is Islam’s View on Higher Learning?