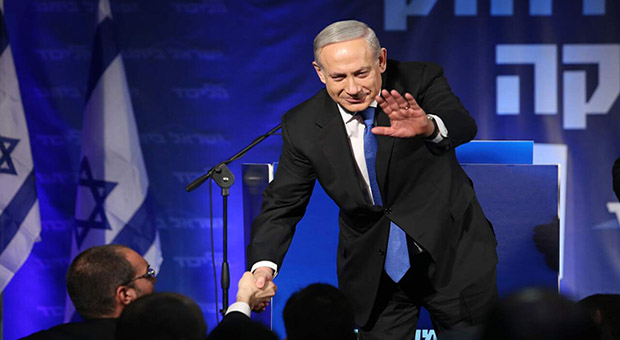 Hasan Afzal of “British Muslims for Israel” seems to have found a (possibly lucrative) new career working with the Zionists. Here is a recent initiative to promote Buy Israeli Goods.

The Quran has many refererences to the hypocrites, the people who during the Prophethood of Mohammed p.b.u.h. professed to be Muslims but worked against the Muslims to undermine Islam. People like Hasan Afzal are described exactly here in this Quranic explanation. Indeed, Allah s.w.t. created humans with all of our weaknesses, so who better to know what is in the hearts? Hasan Afzal and his like are described here in this verse of the Quran“And when it is said to them: ‘Do not make mischief on earth’, they say ‘We are only peacemakers’” (2:11) “Verily, they are the ones who make mischief, but they perceive it not” (2:12).

One of the top priorities for the pro Israel lobby groups at this time is to control which speakers are allowed to address University I.S.O.C.s (University Islamic Societies). Hasan Afzal on his website Stand for Peace attempts to compile a list of extremist groups and individuals which, from the start loses any semblance of credibility by including the Palestine Solidarity Campaign. As deLiberation readers know the P.S.C. has been given the Kosher stamp of approval by Harry’s Place and the Jewish Chronicle, read here. Afzal tries typical Zionist tactics to smear Sheik Haitham using “guilt by association” linking him to Umar Farouk AbdulMutallab because he attended a course taught by Sheikh Haitham.

Hasan Afzal has written for New Labour’s Progress group claiming that Universities are failing Muslim Students (this is not in reference to his own failure as a student) by allowing Muslims to listen to talks by Sheihk Haitham al Haddad. Sheik Haitham is a member of the Shariah council and a highly educated Scholar of Islam, he speaks the truth about Islam based on the Quran and classical books, a speaker from pure sources.

Of course, if Muslims were to return to the teachings of Islam and become a strong and cohesive group, we would be able to do so much to change the Neo-Con/Zionist agenda of endless wars, lies, distortion and slavery to the world banking system. Islam has solutions to poverty and the world debt crisis. Islam is the target of the Neo-Cons and Zionists in the so called “War on Terror” and they believe that the best way to fight what they perceive as the main threat to their income from the war industry, is to separate Muslims from the Quranic or classical teachings of Islam.

The results of this agenda are seen in mosques, where certain teachings of the Quran are not mentioned or when mentioned are pushed aside as not apppropriate for the times we live in, or not appropriate for our present situation. Most Imams are afraid to remind Muslims of the obligations we all have towards our brothers and sisters who are being killed and oppressed by the Zionist/NeoCon agenda.

Mr Afzal has a proposal to counter the teachings of such classic scholars as Sheik Haitham al Haddad. Universities must be told that such speakers are only allowed if a progressive liberal Muslim is allowed to speak alongside them. This seems to be the new tactic of the pro-Israel movement, where they have been failing to convince people that pro-Israel Jews have a right to dictate who speaks to audiences, who plays music and who would burn books written by those they do not like, they are now having to pursue an agenda of so called balance.

Progressive Liberal Muslims try to mix some aspects of Islam with things which go completely against Islam. One such example from the U.S.A. was called “The Progressive Muslim Union” – an organisation which is now disbanded but was apparently set up with the intention of pleasing the Bush administration. Such scholars who endorse them are known to Muslims as $cholars for Dollars. The P.M.U. group created its own downfall when it appointed a woman to lead the prayers as Imam. A woman cannot lead men in prayers and why would she want to with hundreds of men lined up behind her probably looking at her bum?

It seems that there is an agenda to separate Muslims from Quranic teachings similar to how the Jews who followed the Liberal or Reform movement were taken out of Jewish Orthodoxy. I remember a female Rabbi who came to our mosque as part of an interfaith initiative who sat and chatted to me about how she believes that the Bible is a book of legends. If a follower of a faith doesn’t believe in their own Scripture as divine revelation or divinely inspired, what is left? Muslim leaders should look at how that movement happened and learn how to avoid it happening to us.

Now in these troubled times it is the time to return to and stand firm by the classical teachings of Islam and not to be led astray by those with an agenda to undermine it.