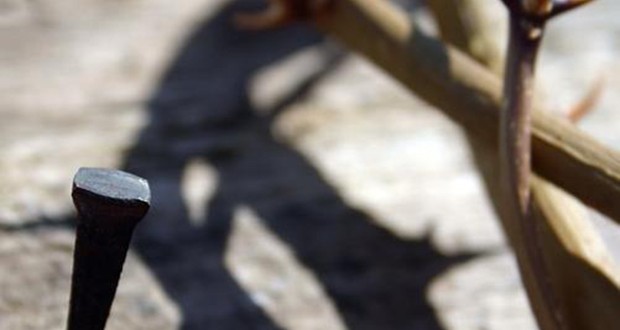 When Islam reached the pinnacle of perfection, these words were sent down by Allah: ‘Today I have perfected your religion for you, and I have completed my blessing on you, and I have approved Islam for your religion.’[1] The Messenger of Allah (SAW) had conveyed the message truthfully, he had fulfilled the trust placed in him and had striven for Allah as he should. Allah had delighted His Prophet when people entered Islam in throngs. At this stage, Allah gave His Prophet permission to leave this world and the hour of meeting drew near. Allah announced:

‘When comes the help of Allah and victory and you see people entering into the religion of Allah in throngs, then glorify the praise of your Lord and ask His forgiveness. He is Ever-turning.’ [2]

As the Easter Vacation approaches many Muslims will have questions regarding the holiday’s significance.  Thankfully, information regarding Christian perspectives on the prophet Isa’s (pbuh)  death are widely and readily available for the public to access.  Although the story of Isa (pbuh) is an incredibly noble and inspiring story, we should still be able to look beyond the supposed events that occurred when Christian’s allege Isa’s death. As Muslims we have the example of the Prophet Muhammad (SAW) which guides our perspectives on events like Easter.  So, what lessons can we learn from one of the most monumental moments in the history of mankind, the death of the prophet Muhammad? (SAW)

The Messenger (SAW) of Allah was taken ill shortly before the end of Safar. During the night he had been to Baqi’ al-Gharqad, a cemetery in Madinah now called al-Baqi’, to pray for the dead. The following morning he became ill.

His pain increased. Then, in the house of Maymunah, he called his wives and asked them to permit him to be nursed in A’ishah’s house. All of them agreed. He came out walking between two men of his family, Fadl ibn Abbas and Ali ibn Abi Talib. His head was bandaged and his feet were dragging as he entered A’ishah’s house.The Messenger (SAW) of Allah had ordered Usamah ibn Zayd ibn Harithah to lead an expedition to Syria, commanding him to take the cavalry to the borders of al-Balqa’ and ad-Darun in Palestine.Many of the leading Muhajirun and Ansar were in his army, the most eminent being Umar ibn al-Khattab. The Prophet’s illness took a serious turn when the army was at the border of al-Jurf. After his death, Abu Bakr (R.A.) sent forward the army under Usamah (R.A.) in order to carry out the Prophet’s last wishes and to fulfill what he had wanted.

During his illness, the Messenger (SAW) of Allah told the Muslims to offer hospitality to the delegations in the way that he had and to be generous with their gifts to them. They should not allow two religions to co-exist but should expel the idol-worshippers from the Arabian Peninsula.

One day while he was ill, a group of Muslims gathered in A’ishah’s house. The Messenger (SAW) of Allah welcomed them and prayed for their guidance on the right path, their victory and their success. He said,

‘I advise you to fear Allah and I pray for Allah to watch over you. I am a clear warner to you from Him. Do not be arrogant where Allah’s servants and habitations are concerned. Allah has said to me and to you, “That is the Last Abode; We appoint it for those who desire not exorbitance in the earth, nor corruption. The ultimate issue is to the God-fearing.’[3]

‘is there not in Jahannam a lodging for those who are proud!’ [4]

The people were sitting quietly in the mosque waiting for the Messenger (SAW) of Allah to lead the ‘Isha’ prayer. However, he sent for Abu Bakr to lead it instead. Abu Bakr, a tender-hearted man, said, “Umar, you lead the prayer!’

Umar replied, ‘You are more qualified to do it.’ So Abu Bakr led the people in prayer during that period.

Abu Bakr led the Muslims in prayer until the Monday morning. While the Muslims performed the Fair prayer, the Prophet lifted up the curtain of A’ishah’s door and gazed at them standing before their Lord. He saw the fruits of his efforts to call people to Islam and jihad and Allah knew how happy he was. His face was beaming with joy.

The Companions Said, ‘He lifted the curtain of A’ishah’s room and stared at us while he was standing there. It was as if his face was an open page of the Qur’an; he smiled and we were put to the test by getting carried away with our delight. We thought he might be coming out to the prayer but he indicated to us to finish it. He then pulled the curtain down. That was the day on which he died.’

One of the last pronouncements of the Messenger (SAW) of Allah was, ‘May Allah fight the Jews and Christians! They turned the graves of their Prophets into places of worship. Two religions should not remain in the land of the Arabs.’

A’ishah and Ibn Abbas said, ‘When the Messenger (SAW) of Allah was ill, he drew up his cloak over his face. When he was distressed, he uncovered his face and while he was like that, he said, “May Allah curse the Jews and the Christians who turned the graves of their Prophets into places of worship.” He was warning the Muslims against that practice.’

When the Messenger (SAW) of Allah was close to death, he repeated, ‘Be careful of prayer and those in your charge.’ Then his breast began to heave and his speech became inaudible.

Ali said, ‘The Messenger (SAW) of Allah commended the prayer and zakat to Muslims and to be generous to those in their charge.’ A’ishah said: ‘When he had his fatal illness I started reciting al-Mu’awwidhatayn as he used to do when he was ill. He raised his eyes to the Heaven and said: “With the Highest Companion, with the Highest Companion”.’

She added: ‘just at that moment, Abdur-Rahman ibn Abi Bakr came in with a small, green, freshly-cut twig in his hand. The Messenger (SAW) of Allah looked at it and I thought that he wanted to use it as a miswak. I took it and chewed it to make it soft and pliable, then I handed it to him. He rubbed his teeth with it thoroughly. Then just as he tried to hand it back to me it fell from his hand.’

She also said, ‘In front of him was a small pot of water. He dipped his hand into it and wiped his face, saying, “There is no god but Allah. Verily there are pangs of death.” Then he raised his forefinger and began to say, “The Highest Companion, the Highest Companion!” until he died and his hand slipped into the water.’

When the Messenger (SAW) of Allah left this world, he controlled the entire Arabian Peninsula and kings feared him. Yet he left not a dinar or dirham, not a male or female slave, nothing except his white mule, some weapons and a piece of land he had already given away as sadaqah, charity.

His armour had been pawned with a Jew for thirty sa’s of barley. He had been unable to find anything with which to redeem it before he died. During his illness, the Messenger (SAW) of Allah set free forty slaves. He asked A’ishah to give away as sadaqah the six or seven dinars she was keeping for him.

A’ishah has related, ‘When the Messenger (SAW) of Allah died, there was nothing in the house that a living creature could eat except a little barley on a shelf. It lasted for a long time until I weighed it and then it finished.’

The Messenger (SAW) of Allah died on Monday, 12 Rabi’ al-Awwal, 11 A.H. in the heat of the afternoon. He was sixty-three years old. It was the darkest, hardest and most difficult day for the Muslims and an affliction for mankind just as his birth had been the happiest day on which the sun ever rose.