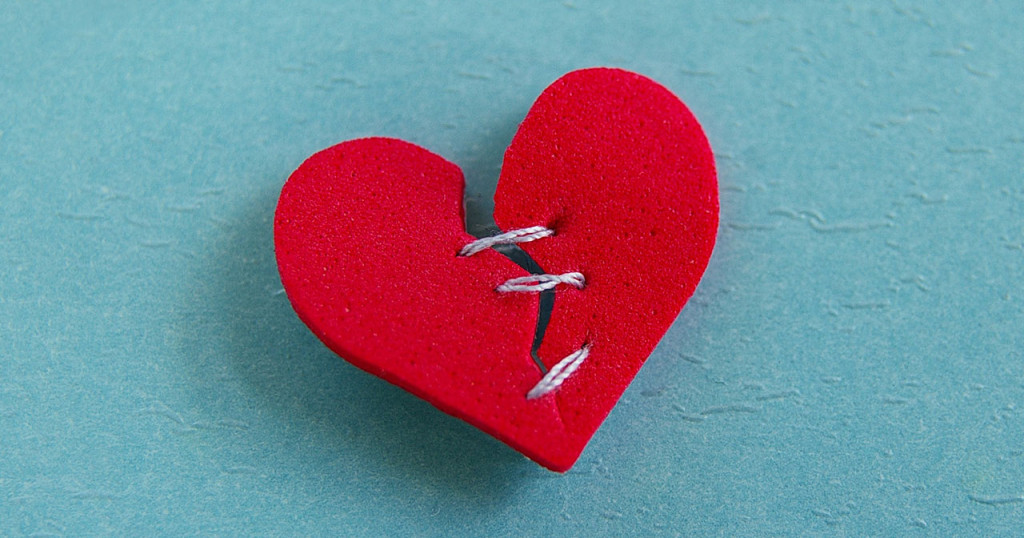 The Arab Prophets are five: Prophets Hūd, Ṣāliḥ, Shuʿayb, Ismāʿīl, and Muhammad عليهم السلام. We will restrict our analysis to the third of them, who was sent shortly after Prophet Lūṭ عليه السلام. He was a Prophet who was sent to the people of Madyan, a town which was located in greater Syria, and who – by virtue of his eloquence – was nicknamed خطيب الأنبياء (the preacher of the Prophets). He is the Prophet of Allah Shuʿayb عليه السلام, whose mission of reformation focused on three key matters:

Their worship of other than Allah

Al-Aykah was the name of the tree that they glorified besides Allah. Allah said:

“And to Madyan We sent their brother Shuʿayb. He said, ‘O my people, worship Allah; you have no god other than Him…’”[1]

Prophet Shuʿayb said to them, addressing their commercial corruption:

“And O my people, give full measure and weight in justice, and do not deprive the people of their due and do not commit abuse on the earth, spreading corruption.”[2]

They would prevent travellers from continuing upon their journey, threatening them till a ransom was paid. Prophet Shuʿayb said to his people:

“And do not sit on every path, threatening and turning those who believe away from the path of Allah, seeking to make it [seem] deviant…”[3]

Their response, however, was one of pure sarcasm and parody

“They said, ‘O Shuʿayb, does your prayer command you that we should leave what our fathers worship or not do with our wealth what we please? Indeed, you are the forbearing, the right-minded!’”[4]

In other words, by this statement they meant: “What does religion have to do with commerce?” They then concluded their statement mockingly by saying: “You are the forbearing, the right-minded.” Prophet Shuʿayb remained unprovoked and continued his wise plea with his community:

“He said, ‘O my people, tell me, if I am acting on clear evidence from my Lord and He has blessed me with a good provision from Him (should I still leave you unguided?). I do not want to do what I am forbidding you from. I only want to put things right as much as I can. My success comes only through Allah. In Him I trust and to Him I return.’”[5]

“They said, ‘O Shuʿayb, we do not understand much of what you say, and indeed, we consider you among us as weak. And if not for your family, we would have stoned you; and you are not to us a respected one.’”[6]

After another back and forth, they gave Prophet Shuʿayb the ultimatum:

“So cause a piece of the sky to fall upon us if you should be of the truthful!”[7]

Here, Prophet Shuʿayb did what every righteous reformer does when meeting insurmountable challenges: he turned to the Lord of the heavens for help, saying:

“Upon Allah we have relied. Our Lord, decide between us and our people in truth, and You are the best of those who give decision.”[8]

The response was prompt, and after having received revelation from Allah concerning a looming punishment, Prophet Shuʿayb’s tone with his community radically shifted:

“And O my people, work according to your position; indeed, I am working. You are going to know to whom will come a punishment that will disgrace him and who is a liar. So watch; I am too a watcher with you.”[9]

Finally, when the promised hour arrived, their penalty did not take one form, but three: their chastisement was described as Yawm al- Ẓullah (The Day of the Black Cloud), al-Rajfah (The Quaking), and al-Ṣayḥah (The Shriek).

The punishment, as described by Imam Ibn Kathīr, began with an inescapable heat wave which scorched them for seven consecutive days. Next, nearby cloud formations caused the people of Madyan to flee beneath them for shade. When the last of them had assembled, the inferno began: a ferocious firestorm was unleashed from above them, whilst the Earth beneath them started to violently convulse. Finally, amidst the chaos, the Ṣayḥah, or Shriek, was released upon them, which would claim the very last of their lives.

When the ashes had finally settled, with nothing remaining of Madyan other than empty streets, motionless corpses, and silent debris, Prophet Shuʿayb walked away from it all, saying:

“O my people, I had certainly delivered to you the messages of my Lord and advised you, so how could I grieve for a people who refuse to believe?”[12]

A blueprint for reform

I pause at one statement from this account which belongs to Prophet Shuʿayb, a statement which carries a secret to personal joy, the blueprint for any Ummah’s salvation, and a stairway to the nearest of stations to Allah:

“I only want to put things right as much as I can.”

It is a statement which embodies the desire to reform, one that consists of two sections:

“I only want to put things right.”

Indeed, this sentiment is a burning desire and a perpetually unsettling concern that blistered the heart of every Prophet and sincere reformer after them. It is an incessant longing to become a force of change for one’s families, social circles, and communities and nations. Through the efforts of such altruistic figures, wounds are healed, sins are erased, and Allah is glorified. The friends of Allah cannot have it any other way.

So deep was the Prophet Muhammad’s ﷺ sense of trouble and concern towards the Islamic wellbeing of the people that Allah reminded him on more than one occasion to beware and take care, lest his concerns drive him to death. In one verse, He addressed him by saying:

“Then perhaps you would kill yourself through grief over them [O Muhammad], if they do not believe in this message out of sorrow.”[13]

In another verse, He said to him:

“So do not destroy yourself in sorrow for them…”[14]

In fact, on one occasion, archangel Jibrīl عليه السلام visited the Prophet ﷺ, only to find him weeping. Archangel Jibrīl told him that Allah was asking – and He knows best – why he is weeping, to which he replied: اللَّهُمَّ أُمَّتِي أُمَّتِي “O Allah, my people, my people.”[15]

Indeed, the sentiment of “I only want to put things right” is one that kept Prophets up at night, and continues to do the same to their inheritors after them. Perhaps you have experienced the heat of such a tear, by observing the heartache of seeing a member of family in incessant sin, friends who simply will not grow, another who vegetates each and every night before a TV set, or a collective humanity which has tuned in but zoned-out, living in a make-believe world whilst the real world – that of knowing Allah and preparing for His meeting – passes by them.

Those who harbour such sentiments of mercy, responsibility, and concern, and then follow up those sentiments with a well devised plan of rescue and advice for their people are the ones who shall be envied on the Day of Reckoning. This takes us to the second section of Prophet Shuʿayb’s statement:

“I only want to put things right as much as I can.” Show Allah initiative on your part. Whether or not He shows you the desired outcome is irrelevant. Remember that the tougher the challenges that lay ahead, the greater your efforts are in the Eyes of Allah. For as Imam Ibn Taymiyyah said:

Due to imprisonment, Prophet Yūsuf عليه السلام found himself unable to discharge his duty of giving daʿwah to his entire community. So, he did what he could; he worked within the confines of prison. Similarly, you may see an evil but cannot change it entirely. As a next step, you should change part of it and whatever you can of it, or at the very least assist those who are at the forefront of tackling it.

The reality is that there is a world of a difference between the ṣāliḥ (righteous person), and the muṣliḥ (advocate of righteousness), with the latter being Prophet Shuʿayb’s aspiration. The ṣāliḥ limits benefit to himself, whilst the muṣliḥ’s benefit extends to others. Furthermore, people love the ṣāliḥ, for the righteous one is loved by all. As for the muṣliḥ, it is enmity and resistance that awaits him.

Prior to becoming a Prophet, the Prophet Muhammad ﷺ was loved by all, for indeed he was a righteous man. However, when he was gifted with prophethood, his community declared war against him, for he had become a muṣliḥ speaking out against their wrongs. As a result, they maligned him with deplorable titles, labelling him as a magician, liar, and madman. Why is this? This is simply because the muṣliḥ addresses the ills of society, colliding with people’s desires; by their nature, people resent those who stand between them and their desires.

It is for this reason that Luqmān’s advice to his son, after telling him to become a muṣliḥ, was:

“ …and endure patiently whatever befalls you…”[17]

The muṣliḥ is saved when a final punishment befalls a sinful community:

“When they ignored the warning they were given, We rescued those who used to warn against evil and overtook the wrongdoers with a dreadful punishment for their rebelliousness.”[18]

The muṣliḥ is the seed that is sown by Allah. The Prophet ﷺ said:

“Allah will continue to plant new people in this religion and use them in His obedience.”[19]

The muṣliḥ is the one whose hands shall be filled by none other than Allah Himself:

“We shall never let the reward of the reformers (muṣliḥīn) go to waste!”[20]

Nobody on their deathbed ever wished they had spent more time watching television. Life is short, what awaits is eternal, and there are simply too many things that are infinitely more important, rewarding, and fulfilling than planting one’s self on a couch. Nothing in this world can be more worthwhile than truly living by the maxim of:

[15] al-Bukhārī and Muslim, on the authority of ʿAbd Allāh b. ʿAmr.