Autism Hour in the Mosque 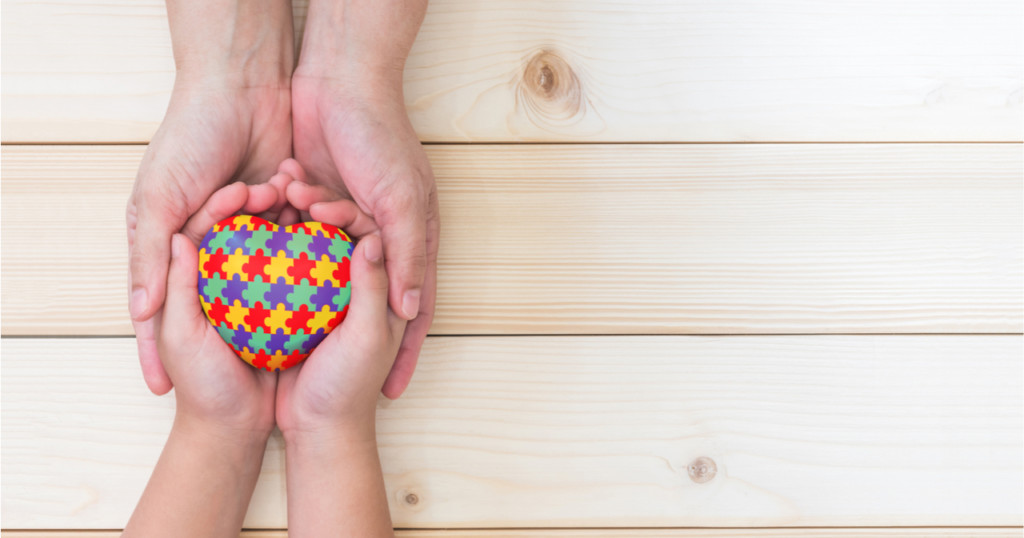 Visiting the mosque is something that we, as Muslims, are encouraged to do. Praying in jamāʿah gives us a reward that is “27 times” greater than praying alone; the steps taken to the mosque wipes out sins and raises our ranks; and, fundamentally, it fosters unity between us. [1] [2] But what if these forms of encouragement were not open to everyone?

As a mother with two autistic children, Sara Mangera has found that mosques do not accommodate for those with autism. Having tried to take her son to one, she noticed that certain behaviours those with autism use to self-regulate themselves – such as stimming, rocking, and flapping – are often frowned upon by others in the mosque. She also noted that some people would give judgemental looks, as though to question the skills of parents and carers – something which could be due to a lack of awareness.

“One time we took Abdullah to the mosque, the lighting was too bright for him and he began to struggle. So, we had to leave. Another time, the mosque was full and there was very little space to move. So, again, the only option was to leave. On both occasions, we asked if there was a quiet room available for Abdullah, one where he could regulate himself and manage his environment. But no quiet room was available on either occasion.”

This experience made her think: why did that have to be the case? Why did her children have to miss out on the experience and the rewards of visiting the mosque, just because they would be judged for what made them ‘stand out’? Surely, her children, as well as many others with autism and other special needs, should be encouraged just as much as others to experience the beautiful atmosphere that can only be seen and felt inside one?

“My autistic children have been able to visit and be accommodated by the local cinema, supermarkets, and even the London Zoo. So, why not the mosque?”

Now, Sara has been taking part in a leadership programme run by the Muslim Council of Britain. As part of the programme, they, in conjunction with the National Autistic Society, will be hosting an Autism Hour in Finsbury Park Mosque this Sunday (16th June), in shā’ Allāh, from 10:30am to 12:00pm.

The aim of the event is to raise awareness of the needs that those with autism have, as National Autistic Society research reveals that 28% of autistic people have been asked to leave a public place due to reasons related to their autism. With simple steps, everyone can make the world a more autism-friendly place to be.

Autism, also known as autism spectrum disorder, is a “lifelong developmental disability” that affects how perceive the world and communicate with others. It can affect more one in 100

people, with an estimated amount of 700,000 in the UK. Those who are autistic “see, hear, and feel the world differently” to others, and it is often seen as a “fundamental aspect” of an autistic person’s identity. [3]

Not everyone is affected by autism in the same way. It is considered a spectrum condition, meaning that it is composed of many subgroups, allowing those with autism to share some difficulties but not others. This can include “difficulty with communication and social skills; repetitive behaviour; highly focused interests; and sensory sensitivity”. [4] As a result, each requires different support.

In England, the Autism Act (2009) places a duty for a strategy on “meeting the needs of autistic adults”. [4] The strategy, renamed as Think Autism in 2014, includes five key areas:

5. And participation in the local community. [5]

With this strategy in place, around 93% of areas in England have an adult diagnosis system, with a council member to lead the development of adult autism services. 5 Just last year, it was also announced that the strategy would be extended to children. The acknowledgement of “far too many children [being] on the autism spectrum” led to the Government realising that a “national approach” was needed to improve the support given to children. [6]

It is evident that with an increased awareness of autism, more facilities are in place to support those with autism with their difficulties. Sara’s aim is for Muslim communities to be included in this increase of awareness.

What does Islām say about Autism and Special Needs?

If there is already an increased awareness of autism, why should we, as Muslims, focus on improving awareness in mosques?

It might not be something that we think about. Perhaps, we do not realise that the bright lights and loud speakers can cause concern for those with autism or other special needs. Perhaps, because we are not autistic or we do not have special needs, we cannot fully understand how they would feel?

“It is He who made you successors on the earth and raises some of you above others in rank, to test you through what He gives you. [Prophet], your Lord is swift in punishment, yet He is most forgiving and merciful.” [7]

In this verse, Allāh (subḥānahu wa taʿālā) tells us that some of are tested more than others. In the instance of those with autism and special needs, they are surely tested more than the average human being. We know that autism can cause limited speech, with some not being able to speak at all. It can also cause sensitivity to loud noises and crowded spaces. These are things that the average human being often have little difficulty with, and it can make us forget that it may not be so ‘normal’ for others.

Imagine when it comes to learning about religion?

We need to think: if we do not provide a space in mosques to accommodate for their needs, are we making it easier for those with autism and special needs to learn about Islam, or are we, in fact, making it more difficult for them?

“Imagine wanting to learn about your faith, including how to pray and how to recite verses of the Qur’ān al-Karīm, yet there is no one to teach you because there is a lack of people willing to educate Muslims with disabilities and impairments? Imagine going to the masjid, only to be directed to pray in an isolated area of shoe room, not in congregation, because the facility does not provide ease of access for individuals with disabilities who have medical equipment or pets to aid them.” [8]

Furthermore, we have the example of the Prophet (sall Allāhu ʿalayhi wa sallam).

Anas (raḍiy Allāhu ʿanhu) reported that a woman, who was believed to have a form of special needs, said, “O, Messenger of Allāh! I have a need that I want you to meet.”

He (sall Allāhu ʿalayhi wa sallam) responded, “O mother of so and so, choose the way you like to walk in so that I may know your need and meet it.”

The narration continues to say that the Prophet (sall Allāhu ʿalayhi wa sallam) “walked with her in some route until she had her need fulfilled”. [9]

Through this instance, we learn that the Prophet (sall Allāhu ʿalayhi wa sallam) was patient in answering the needs of those with special needs. And as we, as Muslims, should follow his example, it demonstrates that we should also care with those with special needs, fulfilling their needs and granting their requests. In the case of those with autism in the mosque, imagine the reward you could get by accommodating a comfortable place for them:

“Whoever relieves a believer’s distress of the distressful aspects of this world, Allāh will rescue him from a difficulty of the difficulties of the Hereafter…” [10]

Easing the difficulties of others is surely something that we must do, whether it is the fully able or those with autism and other special needs. Allāh (subḥānahu wa taʿālā) promised that

our lives would be tests, and for those with special needs, theirs are the challenges of normalising their lives. It is our responsibility to make it easier for them, and give them the patience, strength, and courage that they need to face their challenges.

What can we do?

The first thing that we can do is be aware of the difficulties that those with autism or special needs face.

We can do this by asking questions. Is everything okay? Is there anything that you need to be able to pray comfortably? Do you need any help reciting Qur’ān? By doing this, we can learn to understand exactly what those with autism or other special needs find difficult.

We can also do this by taking time out to experience what a comfortable environment is for them. If we see an example, then we know that this sort of environment exists. That is why Sara’s Autism Hour in Finsbury Park Mosque this Sunday is so important. If we can see this in action, from the perspective of a parent who has autistic children, then maybe, in shā’ Allāh, it will encourage us to do the same in other mosques up and down the country.

“Both the National Autistic Society and Finsbury Park Mosque have been amazing in working together to get this event organised in a such a short space of time. I would also like to thank Rubena Mangera, who is the co-founder and teacher at Madrasah Tuyoorul Jannah in Blackburn, for her guidance and support in delivering the five pillars of Islām at the event in an autism-friendly manner.”

The Autism Hour in Finsbury Park Mosque will take place this Sunday (16th June) from 10:30am until 12:00pm. The event of open to adults and children of all faiths and no faiths. We hope everyone gets the opportunity to experience this, in shā’ Allāh.