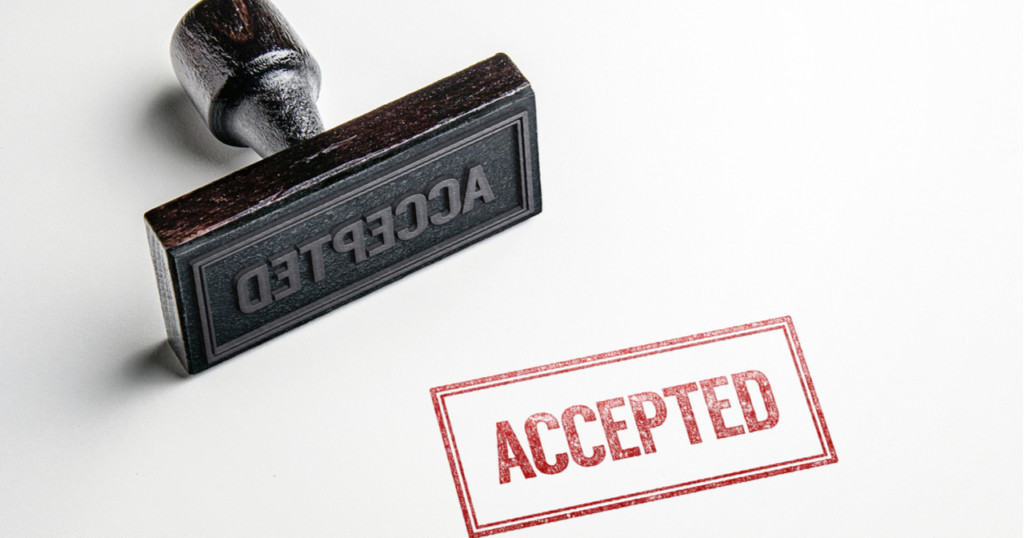 I relate to you one of the earliest of tragic events to have unfolded on Earth, as it relates to two sons of Prophet Ādam (ʿalayhi al-Salām); the very first human being to tread the Earth. This is the story of Qābīl and Hābīl. Allāh (subḥānahu wa taʿālā) said in the Sūrat al-Mā’idah:

“And recite to them the story of Ādam’s two sons, in truth, when they both offered a sacrifice [to Allāh], and it was accepted from one of them but was not accepted from the other…”

Having realised that his sacrifice was rejected, whilst that of his younger brother – Hābīl – was accepted, how did he react? You would think that he would repent, reassess his relationship with Allāh (subḥānahu wa taʿālā), or re-evaluate his īmān in order to attempt to pinpoint what went wrong, but his reaction was starkly different;

“He said, ‘I will kill you.’ The former said, ‘Indeed, Allāh only accepts from the people of taqwā[caution of Allāh].’”

In other words, why not focus on the source of your problem that caused your sacrifice to be rejected – i.e. your lack of taqwā – instead of focusing on eliminating my existence?

“If you should raise your hand against me to kill me – I shall not raise my hand against you to kill you. Indeed, I fear Allāh, Lord of the worlds.”

“Indeed I want you to obtain my sin and your sin so you will be among the companions of the Fire. And that is the recompense of wrongdoers.”

As time passed, the idea of murdering brother grew more and more fair-seeming;

“And his soul encouraged him to murder his brother…”

This is the nature of al-Nafs al-Ammārah (the commanding soul): it rationalises the crime for a person; it offers him justifications; reassures him in its regard; and lessens its weight, until one feels confident enough to click the button, make the call, agree to the meeting, complete the prohibited transaction, and so on.

“…So he killed him and became among the losers.”

He left the motionless corpse of his brother above the ground, not knowing what needs to be done next, as this situation is unprecedented.

“He said, ‘O woe to me! Have I failed to be like this crow and hide the body of my brother?’ And so he became of the regretful.” [1]

He was amazed at himself at how he, an upright and intelligent human being, failed to know what a crow, a much lowlier creature, knew about the burying of the dead.

This incident, therefore, marked the very beginning of the struggle between truth and falsehood and Qābīl was the first to introduce the act of killing. Commenting on this, the Prophet (sall Allāhu ʿalayhi wa sallam) said:

“There is no person who is unjustly killed except that the first son of Ādam will receive a portion of its sin. That is because he was the first to introduce the act of killing.” [2]

There is one statement from this story that I would like to point out, one that you read minutes ago but perhaps did not give it the full attention it deserves, despite it being an expression that kept our predecessors up at night and haunted them by day.

Yes, carrying out a good deed is a blessing, but it is one that cannot be considered complete until it is coupled with another blessing; Allāh (subḥānahu wa taʿālā)’s acceptance. For the wakeful Muslim, this is a cause of concern. As we smile, celebrate and exchange greetings during anyʿEid, there should be a thought that hovers over us:

Meeting Allāh (subḥānahu wa taʿālā) with few good deeds is a calamity, but worse is meeting Him with many good deeds which crumble away before your very eyes, and years upon years of supposed hard work is turned down by Him. How could this happen?

Let us consider how our predecessors reacted to this āyah.

“Be more concerned with Allāh’s acceptance of a good deed than with the doing of the good deed itself. Have you not heard Allāh saying: “Allāh only accepts from the people of taqwā.” [4]

“I witnessed a people who would make great efforts in attaining knowledge, and when they would finally attain it, they would be struck with grief, not knowing whether Allāh will accept from them or not.” [5]

A beggar once asked the companion ʿAbdullāh b. ʿUmar (raḍiy Allāhu ʿanhu) for money, to which ʿAbdullāh said to his son, “Give me a dinar.”

When the beggar walked away, his son said to his father, “May Allāh accept from you, O father.”

“If I knew that Allāh has accepted from me a single prostration or a single dirham in charity, there would not be any visitor whom I would love to meet more than death. Do you know who Allāh accepts from? ‘Allāh only accepts from the people of taqwā.’” [6]

Their consciousness of this concept was so intense that some of them would be seen weeping during their dying moments, fearing the implications of this āyah.

“An āyah from the Qur’ān: ‘Allāh only accepts from the people of taqwā.’” [7]

With that said, the key question must be asked: Are there signs for Allāh (subḥānahu wa taʿālā)’s acceptance, which are, in turn, signs that our hearts are working towards a path of taqwā? What is the use in filling a bucket if it has holes within it, and what is the use of siting an exam if you had been revising for the wrong paper, and what is the use of climbing a ladder if it was leaning on the wrong wall? Furthermore, we may ask: What use is there in the doing of a ‘good deed’ if it is eventually turned down by Allāh (subḥānahu wa taʿālā)?

In a bid for our ʿEids to be truly worthy of celebration, consider the following indicators of an accepted act of worship to measure yourself against:

The first: A true intention of not returning to sins abandoned in Ramaḍān

For those who had fasted the month of Ramaḍān, having put many sins on hold but planned a secret reunion with them from ʿEid onwards, then they will have just discovered one of the clearest signs of an act of worship that is highly prone to rejection.

“Whoever asks for forgiveness with his words whilst his heart remains resolute on a sin, determined to return to it afterwards, then his fasting is rejected and the door to Allāh’s acceptance is closed.” [7]

This does not refer to those who fall weak post-Ramaḍān and commit sins. That applies to every single one of us, and the door of Allāh (subḥānahu wa taʿālā)’s mercy is vast. This quote, however, refers to those whose intention during the month of Ramaḍān was merely a temporary halting of the habit, conversation, transaction, or their likes. Is this not a form of mockery of Allāh (subḥānahu wa taʿālā), the One who sees our intentions even clearer than we do?

“Good deeds are carried about by the righteous and rebellious. However, it is only the sidīq [truthful one] who abstains from sins.” [8]

In Ramaḍān, we were all praying, reciting Qur’ān, remembering Allāh (subḥānahu wa taʿālā), and some were even in iʿtikāf. Good deeds are easy and most certainly appreciated by Him. What differentiates true righteous from counterfeit piety, however, is this factor: how we behave when those sins reoffer themselves to us.

The second: The easing of the path worship

One of the most beautiful realities of good deeds is that they give birth to more good deeds, just as sins give birth to more of their likes. Hence, the doer of good is rewarded by Allāh (subḥānahu wa taʿālā) with another opportunity of worship to open up before him. He pounces at it with enthusiasm, so He opens yet another door of worship, until his entire life becomes an alternation from one form of worship to another. If you are experiencing this, then you are enjoying another hopeful sign of Allāh (subḥānahu wa taʿālā)’s acceptance.

This meaning is found in the Qur’ān. Allāh (subḥānahu wa taʿālā) said:

Now that Ramaḍān is over, how inspired do you feel to pray Ṣalāh al-ʿIshā’ and Ṣalāh al-Fajr in the masjid? How enthusiastic are you now to offer Allāh (subḥānahu wa taʿālā) a smaller portion of fasting and night prayer all throughout the year? How determined are you to maintain those high standards of ḥijāb that you had set for yourself back in Ramaḍān? If the answer is a positive one, then rejoice at yet another hopeful indicator of Allāh (subḥānahu wa taʿālā)’s acceptance.

The third: The frequent utterance of “Astaghfirullāh [Allah forgive me]”

This is a statement that you should repeat outwardly and inwardly, engaging both your mouth and heart. It is a constant apology to Allāh (subḥānahu wa taʿālā), having not considered what you had put forward too great for Him, and realising that deficiency is an inbuilt trait within us, even as we worship. Your hope, therefore, is for Him to overlook your trespasses and erase those impermissible yearnings once and for all in preparation for a life of purity post-Ramaḍān. For this reason, ʿUmar b. ʿAbdul ʿAzīz would write to the Muslim provinces around the world after Ramaḍān, saying in his letter:

“Now is the time to repeat the words of your father, Ādam (ʿalayhi al-Salām):

‘Our Lord, we have wronged ourselves, and if You do not forgive us and have mercy upon us, we will surely be among the losers’ [11]

‘And unless You forgive me and have mercy upon me, I will be among the losers’ [12]

“None has the right to be worshipped but You, glory be to You, I have been among the wrongdoers.” [15]

‘Obey Allāh and obey His messenger and do not invalidate your good deeds.’ [16]

‘Do not be like her who undoes the thread which she had spun, after it had become strong…’” [17]

During seasons of worship, you had been spinning the threads of good deeds for weeks on end, building your estate in Jannah and putting out sins, so do not let any day of ʿEid – one that is intended to be of happiness and gratitude to Allāh (subḥānahu wa taʿālā) – be a means of undoing all of the good that you had saved up.

[2]Al-Bukhārī and Muslim, on the authority of Ibn Masʿūd