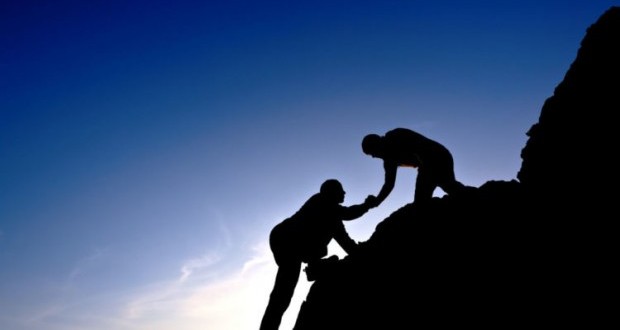 The weeks, months and years of our lives, for the majority of us at least, pass by whilst our main concerns are over our futures, our career prospects, our holidays, our health and well-being. In short, the majority of our concerns are self-centered. As one poet selfishly said,

“If I die thirsty, then may the rain never come down again.”

For such a category of people, both their presence and absence is the same. That is, whether they are alive or dead has little effect on those around them. In fact, it is a sad reality that some individuals bring more benefit to others six feet under than above the soil. But then, let us consider our predecessors, many of whom passed away hundreds of years ago and yet, even today, we still speak of them in praise and admiration, continuing to benefit from what they put forward.

“The most beloved of people to Allāh are those who are most beneficial to others, and the most beloved of deeds to Allāh is happiness that you bring to a fellow Muslim, or relieve him of distress, or pay off his debt or expel from him hunger. For me to walk with my Muslim brother in his time of need is dearer to me than secluding myself in worship within the mosque for a month. Whoever holds back his anger, Allāh will cover his faults and whoever suppresses his fury while being able to execute it, Allāh will fill his heart with satisfaction on the Day of Standing. Whoever walks with his Muslim brother in need until he fulfills his need for him, Allāh will establish his feet firmly on the day when all feet shall slip. Indeed, bad character ruins deeds just as vinegar ruins honey.”[1]

The Prophet (sall Allāhu ʿalayhi wa sallam) taught his companions to be at the service of others, nurturing within them a burning desire to be at their fellow Muslim’s aid, and to consider it a mighty form of ʿibādah, just as Salāh, Zakāh and Siyām. In fact, people would approach him requesting assistance with a certain matter and he would, at times, withhold from assisting in the hopes that another companion would come forward so that he may earn the reward of doing so. The Prophet (sall Allāhu ʿalayhi wa sallam) said,

“At times, a person may ask me for a favour to which I do not respond, so that one of you could intercede and thus earn reward.”[2]

His vision in life was never about building buildings; instead his focus was on the building of Godly men and women who would establish their Dunya and Ākhira, and that of others as well. After our Prophet’s (sall Allāhu ʿalayhi wa sallam) first ever experience with revelation, he rushed back to his home gripped by horror and fearing for his life. The words his wife, Khadīja (raḍiy Allāhu ʿanha), chose to comfort him with are very telling. She said,

“Never! By Allāh, Allāh will never disgrace you! For you keep good relations with your family, help the poor and the destitute, serve your guests generously and assist the deserving people who have been afflicted with calamity.”[3]

Pay special attention to the qualities which she identified as being reasons why Allāh would not let him down or harm him. Each and every trait she listed was directly related to his conduct with people, thus reminding him that a person of such qualities will be aided, assisted, supported, protected and provided for in both the Dunya and Ākhira. Even before Prophethood, then, the Prophet Muḥammad (sall Allāhu ʿalayhi wa sallam) was a man for the people and their needs.

What follows is even more remarkable. When Abū Bakr was leaving Makkah due to the persecution against Muslims there, a man by the name of Zaid b. Ad-Daghinna said to him, ‘Where are you going?’ Abū Bakr responded that his desire was to find another place on earth where he could worship Allāh freely. Zaid replied,

“A man like you, O Abū Bakr, must not leave nor should he ever be made to leave, for you keep good relations with your family, help the poor and the destitute, serve your guests generously and assist the deserving people who have been afflicted with calamity.”[4]

SubḥanAllāh! The exact same words. This is who Abū Bakr was; an imitator of the Sunnah, and this is who the companions of the Prophet (sall Allāhu ʿalayhi wa sallam) were nurtured to be; helpers of Allāh’s creation.

As for ʿUmar (raḍiy Allāhu ʿanhu). He would personally attend to the needs of widowed women, delivering to their homes water in the evening. Ṭalḥa once saw him entering the home of a lady. The next day, Ṭalḥa sought permission from her to enter and it was an old handicapped lady. He asked her, ‘What does this man do at your house?’ She said, ‘For such and such years, he has been looking after me, bringing me what I need and removing the waste from the house.’ Ṭalḥa then said to himself,

‘May your mother lose you O Ṭalḥa! Are you looking for the faults of ʿUmar?!’[5]

As for the companion, Ibnu ʿUmar, Mujāhid would say:

“I accompanied the companion, Ibnu ʿUmar, on a journey so that I may serve him, but he was serving me.”[6]

‘Attending to the need of another Muslim is more beloved to me than secluding myself in worship within the Masjid for two months.’

This precise understanding of Islām has become incredibly rare in our time and age.

Every Muslim should crave wholeheartedly to join this blessed bandwagon of assistants to people. But the question which poses itself is: How do we nurture such a craving within us, particularly in a time when doing so is becoming increasingly difficult? What is being promoted in this era of Facebook, Facetime, MySpace, iPad, iPhone, is a culture of individualism. It is being bred at unprecedented rates and sooner or later we will find ourselves gradually becoming advocates of iHealth, iWelfare, iImportance, iTime.

With that being said, how does one create within himself this Islamic quality of wanting to be of service to others? Below are a few milestones:

Bear in mind the tremendous favours of Allāh to those who offer their assistance to others such as the assistance of Allāh Himself.

If only we would start remedying our personal problems using this Ḥadīth as a model. Attend to the needs of others. Do so with certainty in Allāh’s promise. At the peak of your ordeal, be it a financial crisis, a marital breakdown, trouble with health, an unjust smear campaign by the media or fear that is keeping you up at night, seek to deal with your concerns by actively searching for others who need assistance and being at their aid. Realise that in doing so you are no longer left alone with your worries but Allāh, The Almighty, will now involve His Divine Self.

‘The one who does good to others will not fall, but should he fall, he will always find something to lean on.’[8]

Having said this, the opposite is just as true. Should you hide the good which Allāh has given you from the needs of people, Allāh will hide His assistance from your needs.

“Whoever is given authority by Allāh over any of the affairs of the Muslims but then hides away from their needs and poverty, Allāh will hide away His assistance towards his needs and poverty.”[9]

Whether this pertains to our position within the household or workplace, within the Masjid, community or University Islamic Society, we must remember that we are there for the people.

Bear in mind that assisting other people with what you have been given is an active means of its preservation.

“There are certain people whom Allāh chooses from amongst the masses to give them blessings so that they can be at the assistance of others. Allāh will keep such blessings with them so long as they continue using them to assist others. If they stop doing so, however, it is taken away from them and given to somebody else.”[10]

What has Allāh given you that people require? Is it money? Respect in the community? Good judgement? Knowledge? Free time? Experience? Each and every one of these matters are prone to disappearance should they be denied to the needs of people. Preserve them by spending them in the avenues of goodness.

Bear in mind that those people who are for the people have been selected by Allāh from amongst the masses to be keys to goodness.

Bear in mind that being at the assistance of people is a means of safety on a Day when the majority of humanity will be afraid.

The Prophet (sall Allāhu ʿalayhi wa sallam) is narrated to have said:

“There are certain people whom Allāh has created to be at the service of others, people whom others flee to for their needs. Such people will be safe on the Day of Judgement.”[12]

This is most certainly not exclusive to those of wealth, for financial assistance is merely one of the countless forms of service. Spending from your time, your attention, your authority, your sympathy, your position in the community and your experience are, more often than not, far more beneficial than offering money.

If the greatest of people are those who go out of their way to serve others and ease their affairs, we can say that those who do the opposite of this, those who hate to see good heading towards people, those who want their matters to become difficult, those who can help but are slow to do so, are in fact the worst of people. Realise, then, that when your door is knocked on for help it is only after you have been recognised as an individual of prophetic characteristics. Thank Allāh that you have been chosen for the needs of people. For it may be that Allāh is preparing you for a rank in Paradise which you would never have been able to attain were it not for this individual who now knows at your door.

[1] Narrated by At-Tabarāni, on the authority of Ibnu ʿUmar

[7] Narrated by Muslim, on the authority of Abū Huraira

[9] Narrated by Abū Dāwūd, on the authority of Abū Maryam Al-Azdi

[10] Narrated by At-Tabārani, on the authority of Ibnu ʿUmar

[11] Narrated by Abu Nu’aim in his ‘Hilyatul Awliyaa’, on the authority of Sahl Ibn Saʿd

[12] Narrated by Al-Haythami, on the authority of Ibnu ‘Umar with a weak chain of narration as was stated by Al-Albany