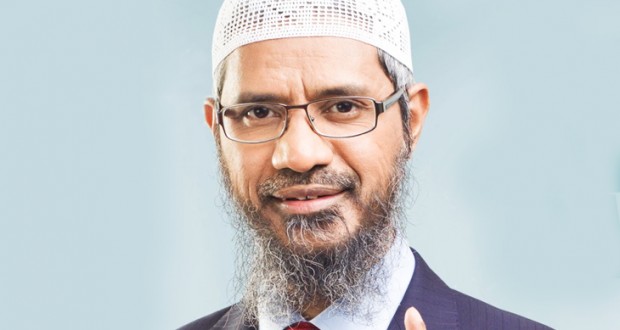 Modi’s government in India has taken the predicted step of banning Dr Zakir Naik and his organisation from the country, it has now been reported. This includes the Islamic Research Foundation and linked organisations, involved in Islamic Da’wah and education, namely Peace TV. India has predictably taken a leaf out of its former colonial masters’ book by resorting to the exercise of force when unable to rationally counter someone’s otherwise lawful argument and discourse. Also predictably, as the following article from the Times of India shows, certain press agencies are playing a crucial role in the service of this exercising of force in manufacturing public opinion against this otherwise harmless individual.

Of course, Islam21c does not endorse the following hysterical propaganda but reproduces this for information purposes towards understanding the intersection of Islamophobia and state suppression of ideas, and how far its tentacles extend.

The ban has been enforced under the Unlawful Activities (Prevention) Act (UAPA) and approved at a meeting of the Union Cabinet.

TOI had earlier reported that the government intended to ban IRF+ citing Naik’s “objectionable and subversive” speeches, the criminal cases filed against him and other members of IRF in Mumbai and Sindhudurg in Maharashtra and Kerala, as well as his “dubious” links with Peace TV that allegedly features “communal” and “pro-jihad” content as grounds for such a ban.

An ‘unlawful’ association is different from a ‘terrorist’ organisation listed under UAPA. The law defines ‘unlawful association’ as any organisation “which has for its object any activity that is punishable under Section 153A or 153B of IPC” – provisions dealing with threat to social and communal harmony.

Declaration of IRF as ‘unlawful’ under Section 3 of the UAPA will force closure of its offices and interests across the country.

According to sources in the home ministry, there was a solid case+ for proscribing IRF based on inputs and material shared by the Maharashtra government and the central intelligence agencies.

There are FIRs against Naik and other IRF members under Section 153A and 153B of IPC in 2 police stations of Mumbai, 1 in Kerala and two in Sindhudurg. There are several of Naik’s speeches compiled by Intelligence Bureau (IB) including where he extolls Osama bin Laden, claiming that 80% of Indians had not been Hindus as Muslims could have converted them “if we wanted” by sword, justifies suicide bombings, claims Golden Temple may not be sacred as Mecca and makes objectionable comments against Hindu gods. Most of these speeches form the content on Peace TV, a part of which was put together by Mumbai-based Harmony Media Pvt Ltd that once had Naik and his wife as directors. Large money transfers have been detected from UK-based charity IRF International, run by Naik to Harmony Media.

As per the Cabinet note proposing action against IRF, which incorporated legal opinion favouring a ban on the NGO for disturbing communal harmony and attempting forced conversions, Zakir Naik+ has been promoting enmity between religious groups and inspiring Muslim youth in India and abroad to commit terrorist acts.

“Such divisive ideology is against India’s pluralistic and secular social fabric and it may be viewed as causing disaffection against India and thereby making it an unlawful activity,” states the draft Cabinet note accessed earlier by TOI. “If urgent steps are not taken (to ban IRF), there is every possibility of more youth being motivated and radicalised to commit terrorist acts,” it warns.

The NIA is also examining the option of slapping terror charges against Naik, based on testimonies of around 50 terror accused and convicts lodged in various jails, stating that they were motivated by his speeches to take up jihad.

Naik came under the scanner of the security agencies after Bangladeshi newspaper ‘Daily Star’ reported that one of the perpetrators of the July 1 terror attack in Dhaka, Rohan Imtiaz, ran propaganda on Facebook last year quoting Naik.

The Islamic orator is banned in the UK and Canada for his hate speech aimed against other religions. He is among 16 banned Islamic scholars in Malaysia.

He had been popular in Bangladesh through his Peace TV, although his preachings often demean other religions and even other Muslim sects. The Mumbai-based preacher has not returned to India ever since the controversy erupted.
Source: Times of India
2016-11-16
+Editor
Previous: Benefiting Others
Next: Mothers: Our unsung heroes