Black History Did NOT Start With Slavery 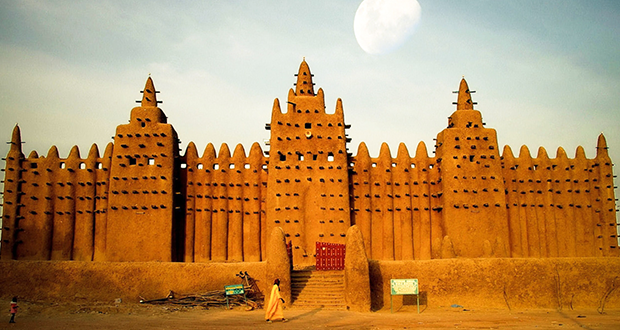 October marks Black History Month in the UK. Often the discussion around Black History centres around slavery and then the subsequent artificial narrative of emancipation. However, what we fail to do is to ask the question: what was their history before slavery?

Unfortunately, racism is alive and well in arguably all sectors of society from the political establishment to spectator sports. Examples include Mario Balotelli, who was racially abused on Twitter by a football fan after having made fun of Manchester United’s shock defeat to Leicester City. And of course the infamous videos of the Chelsea fans rampaging though Paris racially abusing Black people. It seems that in spite of all the anti­racism campaigning and education, there will always be people who think “I am better than you because you are different to me.”

Since the beginning of human history people have sought to differentiate themselves. The urge to feel superior over another set of people may not be as apparent as it used to be, but one cannot deny that it still exists today; only the manifestation has changed. We see it in everyday life with images of people portrayed as inferior in intellect and morality. In some cases, it is because of their origins and their cultural background and in others simply because of the colour of their skin.

Does this mean that racism is innate and everyone practises it in one form or another? Absolutely not. Racism is a disease that stems from another malady. The disease’s symptoms are not always easy to detect but when manifested, can be enormously devastating not only for the person being subjected to it but also to the person projecting it. It is called arrogance, and this is something to which all human beings have been subjected since the beginning of their history – starting with our father, Ādam (ʿalayhi al-Salām). Satan was, effectively, the first racist when he claimed superiority over Ādam due to what he was made of.

“(Allāh) said: ‘What prevented you [O Satan] that you did not prostrate yourself, when I commanded you?’ Iblīs [Satan] said: ‘I am better than him [Ādam], You created me from fire, and him You created from clay.’”[1]

Having said that, human beings must continuously wish to be better than others but that is in terms of endeavour, whether it is in the form of our vocation, education or it could even be our health and fitness. The Qur’ān tells us that true superiority is only attained through one’s piety and relationship with Allāh:

“O mankind, indeed We have created you from male and female and made you peoples and tribes that you may know one another. Indeed, the most noble of you in the sight of Allāh is the most pious of you. Indeed, Allāh is Knowing and Acquainted.” [2]

The above verse is the best explanation of what happened in Africa during the 8th century of the Christian Era (CE) and after this. The religion of Islām and its teaching of taqwa (piety) was the recruitment agent that captured the attention of the Africans. West Africa in particular was a commercial melting-pot for sub-Saharan trade. Trade routes from Sijilmasa to Taghaza and Awaghast were the channels through which Islām entered into the Kingdoms of Ghana and Timbuktu.

Initially, Islām did not bring material prosperity to Africa as there were already established empires prior to its advent. It was the morality, sense of justice and the religious rulings on how to manage their God­given fortune that impressed Africans. Islām in West Africa attracted generals, chieftains and kings before it filtered down to the poorer members of society.

The high ethical trading standards Islām demands of its adherents was remarkable for the natives of the region. Muslims were settled in their own designated areas close to the indigenous population. In these areas, practices such as leaving the market unattended whilst the prayer time was due, and the level of fairness employed in their trade were strong enough to convince the local leaders to accept Islām.

The influence of Islām spread far and wide. In particular, the renowned historian al-Bakri notes that in the building of the empire of Mali in the 13th century, Islām was accepted as early as 850 CE by the Dya’ogo dynasty of the kingdom of Tekur in modern day Senegal. These were the first people to accept Islām in West Africa. In addition to trade and commerce, the spread of literacy and scholarship were also some of the cultural changes that were imported.

Tekur became known as “The land of the Black Muslim” where, in fact, War­jabi, the son of Rabis, became the first ruler to legislate with Islamic law. In the 16th century, al-Idrisi notes that Tekur not only became the centre of commerce but in his own words was “secure, peaceful and tranquil.”

Mansa Musa, the richest man in recorded history, was a product of such a society. He was known to be a devout Muslim and had performed the Hajj pilgrimage in 1324­. On his return to Mali, he brought Muslim scholars and architects who built five mosques for the first time with baked bricks. Scholars agree that his attachment to Islām enabled him to introduce new ideas and catapult Mali far ahead of its time.

It is impossible to discuss the entire history of Islām in Africa in one article. However, one thing we can clearly observe is that righteousness and piety were the deciding factors for Africans to embrace Islām. This led to the further development of empires and civilisations where justice, prosperity and peace were granted to anyone who visited or decided to settle there. This is a far cry from and a stark contrast to what the war­torn continent of Africa is now like, in the post­colonial era.

This article was originally published in 2014

[1] Nyang Sulayman, The History of Islam in Africa: https://www.youtube.com/watch?v=cPPdpXKv_CY

Dawuud Kangudi Loka is a business student at Holborn College. Raised in Germany in a Congolese household Dawuud was able to speak up to three languages. He travelled across the globe participating in da’wah initiatives. As an artist and creative he is been behind many online campaigns such as Da’wah men in Brazil. He is also contributor on the Internchange blog.