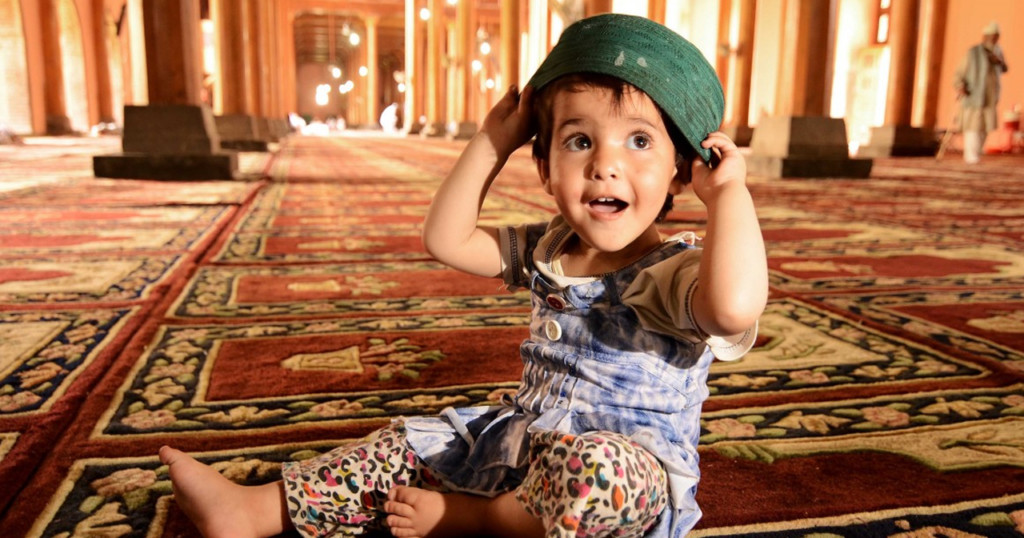 Do you want to raise children who grow into happy, connected, proud and strong Muslim adults? I am sure your answer is a definite, yes. As Muslim parents, that is exactly what we all want for our children. While there are many methods we can employ to guide our children in the right direction, one of the best aspects to focus on while they are still young is building their Muslim identity.

These days, being a practicing Muslim is becoming very challenging. Muslims and the religion of Islām are targeted with negativity—we along with our religion are ridiculed, put under scrutiny almost daily from the media, books, individuals and even organisations who only exist to spread false information about Islām and Muslims. According to research done by New America, an organisation dedicated to “developing legal, political and technological tools to build democratic capacity and enable solutions to grow and spread,” there have been 675 violent incidents committed against Muslims in the United States from 2012 to 2018.[1] The U.S. is not the only western country that has witnessed an increase in violent crimes against Muslims. In 2017 the number of “anti-Muslim crimes” rose to an average of four per day in London alone.[2] In an article published by Duke University’s The Chronicle, journalists reveal why the media’s portrayal of Muslims is negative.[3] Nermeen Shaikh from Democracy Now! is quoted in the article as saying:

“There is an association between Muslims and violence that seems almost natural now.”

It is no surprise, then, that our Muslim youth are making the decision to be Muslims by mouth only or leave the Dīn altogether. The false and negative reports they see and read about, in addition to doubts and whispers caused by the Shayṭān, leads them to distance themselves from Islām and Muslims. There is an unfortunately large number of Muslims who are lost and confused about what it means to be Muslim. For some people, Islām has become something to ‘outgrow.’ It was only a few days ago that this exact word came up in a conversation I was having with someone. “Some of my Muslim friends have kind of outgrown practicing Islam,” I was told. Though I should not have been shocked — so-called “religion” in general, especially Islām, are under attack these days in popular culture and many people are leaving religion altogether – it still did. The Pew Research Center says that 23 percent of adults raised as Muslims in the US no longer identify themselves as Muslims.[4]

Some Muslims think practicing Islām is something to outgrow; it is for this reason that it is absolutely crucial that we put our focus, time and energy into not only educating our children about Islām but also building and developing a strong sense of Muslim identity in them. What can a strong Muslim identity do for them?

Why having strong identity is important

Having a strong sense of identity—a sense of who you are, your morals, values and purpose—has numerous advantages. When a person knows who they are and where they come from, they have better self-esteem and confidence. They have positive thoughts about themselves.  Some studies have even shown that having a strong identity is linked to having better mental and emotional health. In the article, Why a Strong Sense of Self Brings Good Mental Health,[5] author Orion Jones analyses a study in which, “researchers have found that building and clarifying one’s personal identity is an important phase in feeling fulfilled as an adult and retaining good mental health.” When one has a strong sense of who they are, no one can confuse them about what they are supposed to do in their lives.  No one can make them feel bad about themselves or their beliefs and they will not be afraid to stand up for themselves.

I remember when I was in middle school, my friends and I would get bullied for how we dressed because we wore our hijabs. Some of the students were relentless. They would even find out things about Muslims and try to use that to make fun of us. One day, one of my classmates came up to me with his group of friends and started laughing about how Muslims use water to clean themselves (I was baffled as to how anyone would think using water was bad).

Had I not been confident about our way of doing things and had my mother not explained to me that water is the best purification for us, I would have felt bad about using water and would have thought he was right. Alḥamdulilāh we did not let him bother us, we came back with rebuttals as to why our way was better and he eventually stopped giving us a hard time since he saw no one else was laughing with him.

What do we need to do to strengthen our children’s Muslim identity?

Teach your children the foundations of Islām — the five pillars of Islām; to love Allāh; His prophets and all good things. Teach them that Muslims are not only a certain type of people from specific countries but that Muslims live all over world, have different complexions and come from different cultural backgrounds. They also have different languages. Teach them that Islām is a beautiful religion Allāh has chosen for Muslims so that we may be purified physically, emotionally and mentally. Though it may seem so, it is not too much for a small child to grasp.

Every night, select a different āyah from the Qur’ān and a ḥadīth.  For example if you want to teach your children how Muslims are from all over the world, read them the following:

“O mankind, indeed We have created you from male and female and made you peoples and tribes that you may know one another. Indeed, the most noble of you in the sight of Allah is the most righteous of you. Indeed, Allah is Knowing and Acquainted.”[6]

Explain to your children who Allah loves most and who is most honorable in His eyes. Explain to them what it means to be Muslims and the beautiful qualities of Muslims. Share with them the abundant aḥadīth of the beautiful characteristics and behaviours Muslims should strive to have that the Prophet Muḥammad (sall Allāhu ʿalayhi wa sallam) came to perfect and was a perfect exemplar of.  Every day or night teach and discuss a good deed we can do to please Allāh. Tell them what a true Muslim is: someone who forgives easily; who purifies themselves; who remembers Allāh much; who is not stingy but helpful; someone who is good to their parents and neighbours, and so on. Select a ḥadīth or Qur’anic verse for each topic so that they associate that good deed characteristic with Islām and Muslims.

Here are some aḥadīth and āyahs of the Qur’ān that are great to discuss with children to teach them about the values and morals a Muslim is supposed to have:

Sulaiman b. Surad reported: Two people abused each other in the presence of the Messenger of Allāh (sall Allāhu ʿalayhi wa sallam) and the eyes of one of them became red like embers and the veins of his neck were swelling. The Prophet said, “Verily, I know a word he could say to calm himself: I seek refuge in Allāh from the cursed Satan.”[7]

How you simplify whatever concept you are trying to make them understand is up to you. I would advise though, that if your child is very young (three-to-four years old) share these lessons to them in the form of a story and always start with “since” or “because we are Muslims…”

For example: “Since we are Muslims, when we get very angry, we should do what the Prophet Muḥammad (sall Allāhu ʿalayhi wa sallam) told us to do.” When the child is curious, and asks what that was respond with “We Muslims have to say aʿūdhu billāhi min al-shayṭān al-rajīm.”

Below is another one of my favorite aḥadīth to share with children:

The more you remind your children of this ḥadīth, the more you will witness them wanting to share their toys, snacks or whatever else that is valuable to them.

Make Islām part of your and your children’s lives. After all, in Islām we are encouraged to be happy and satisfied with our dīn. In one of the morning and evening duas, we are told to say every morning and evening, “I am pleased with Allāh as my Lord, with Islām as my dīn and with Muḥammad (sall Allāhu ʿalayhi wa sallam) as my Prophet.”[9]

Let your children not only hear you talking about Islām lovingly, let them witness you practicing it.  Avoid contradictions.  Do not tell them to do something just to do the opposite of that. We as the parents have to be the example they need. The Prophet (sall Allāhu ʿalayhi wa sallam) said, “No baby is born but upon the Fitra (sound, natural disposition inclining towards Islām). It is his parents who make him a Jew or a Christian or a Polytheist.”[10] When children see the adults in their lives happy and satisfied with being Muslims, they too will be happy about being Muslims and will likely grow up loving Islām. They will be resilient against any negativity they go through in life because of their īmān and they will be well aware of what is right and wrong.  No one will be able to confuse them, inshāAllāh. Not even the Shayṭān himself. As Allāh said in the glorious Qur’ān,

“Verily, those who have Taqwa, when an evil thought comes to them from Shayṭān, they remember (Allāh), and (indeed) they then see (aright).”[11]

If we truly want our children to grow up to be happy and satisfied with their Dīn and understand their Dīn, we have to put an enormous amount of effort in educating them about Islām and building their Muslim identity. And we must never forget that all that we do is dependent upon tawfīq from Allāh, so we must also remain steadfast in making duʿā’ for them daily.

[8] On the authority of Abu Hamzah Anas b. Malik (raḍiy Allāhu ʿanhu) – the servant of the Messenger of Allāh (sall Allāhu ʿalayhi wa sallam)

[9] Related by Tirmidhi and Ahmed

Niʿmah Ali is a mother of five and an aspiring Muslim children’s books author. She has a BA degree in writing from Metropolitan State University in St. Paul, MN. She currently blogs about motherhood and parenting at MuslimMotherSource.com