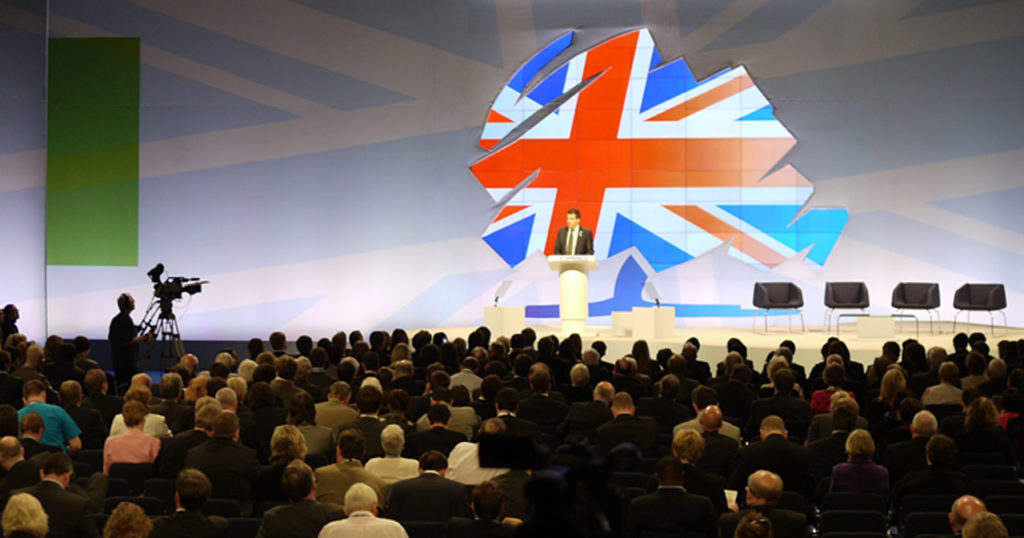 The Conservative party has been accused of deeply entrenched anti-Muslim bigotry. An open letter from Harun Khan, Chairman of the Muslim Council of Britain (MCB), called for an inquiry into Islamophobia which had “poisoned” sections of the Tory Party. This letter has been given considerable weight by Tory peers Lord Sheikh and Syeeda Warsi. Lady Warsi, who, despite being the first Muslim in Cabinet, resigned with dignity in protest at the Conservative Party’s attitude to the crimes in Gaza calling the policy “morally indefensible” in 2014.[1] Lord Sheikh on the 1st of June 2018 wrote to Theresa May detailing his concerns about anti-Muslim bigotry within the Conservative Party citing as examples the disgraceful dog whistle campaign of Zac Goldsmith for the London Mayoral elections in 2016 and Conservative Bob Blackman MP.[2]

Sayeeda Warsi said she had spent more than two years attempting but ultimately failing to get her successors and Theresa May to firstly acknowledge, let alone address the problem of Islamophobia. It seems, sadly, that the current Government, cares little for anti-Muslim bigotry within its own party and moreover in the wider community. In this climate, it is little surprise that anti-Muslim hate crime has soared, with an average of more than four anti-Muslim hate crimes per day in London alone in 2017.[3]

The chairman of the MCB cited examples of Conservative party members calling Muslims “parasites” and another who suggested using bacon hanging from a door to “protect your house from Terrorism” – another widespread example of conflating Terrorism with normative Islam. In particular the chairman of the MCB asked why no action had been taken against Tory MP Bob Blackman.

MP for Harrow East, Bob Blackman was singled out as a particularly vile example of Islamophobia within the Conservative party. Blackman made the headlines in 2012 when publicly ridiculed and accused of hypocrisy for praising marriage only to have his 11-year-old affair with a fellow Conservative councillor exposed.[4] Blackman is still an influential member of the Tory Party as joint-secretary and executive member of the powerful 1922 committee. So, it was even more shocking when the experienced MP re-tweeted an anti-Islam message from notorious Islamophobe, fascist sympathiser and criminal Tommy Robinson.

Blackman also hosted another criminal, Hindu nationalist, Tapan Ghosh in Parliament. Just how Tapan Ghosh, who has been jailed five times in India for stoking religious tensions,[5] was able to obtain a visa and entry into the UK is unclear but suggests the government is so preoccupied with Muslim “hardliners” (such as the founder of PEACE TV)[6] it has failed to identify those of other faiths. Blackman’s notorious guest of honour Ghosh, who has previously praised the genocide of Rohingya Refugees,[7] called for the UN to control the birth rate of Muslims, and supported claims one million children in the UK have been raped by Muslims,[8] also attended an event with former cabinet ministers Amber Rudd and Priti Patel, and met with former “neo-Nazi leader” Tommy Robinson.[9]

Bob Blackman has form for courting controversy. Only a few months ago he embroiled himself in another controversy after sharing a story which had the headline: “Muslim Somali sex gang say raping white British children ‘part of their culture’.” The story was on a website called Hardcore News USA, which often features Islamophobic “stories”.[10] Despite over 10% of Bob Blackman’s constituency being made up of Muslims, the MP for Harrow East has never visited a mosque in his local area.[11] Furthermore, Bob Blackman describes himself as a “Chrinjew – a Christian with Jewish roots, and an honorary Hindu”[12] – potentially isolating the 10,000 Muslims in his constituency.

“In recent months the Tory party has made a great deal – and rightly so – of the anti-Semitism charges against Jeremy Corbyn’s Labour Party. Let’s just imagine that there had been a Labour MP who encouraged anti-Semites in the way Bob Blackman gives space to those who hate Muslims.

“Let’s imagine a Labour MP hosted an anti-Semite in the House of Commons in this way. It would be unacceptable. The offender would likely be suspended from the party, if not expelled. May would rightly condemn them.

“But I am afraid her party is guilty of the same crime, only against Muslims rather than against Jews. That May herself is willing to walk side by side with Bob Blackman sends out a distressing message about the values of Theresa May’s Conservative Party.”

Given the insurmountable prima facie evidence of anti-Muslim bigotry within the Conservative Party, it is difficult to see how Prime Minister May, who has a statutory mandate to govern for all including the Muslim citizens, can ignore calls for an independent enquiry. If, Prime Minister May continues to ignore these siren calls of anti-Muslim bigotry, the question which must be asked is: Why?