How Can We Save Ghouta? 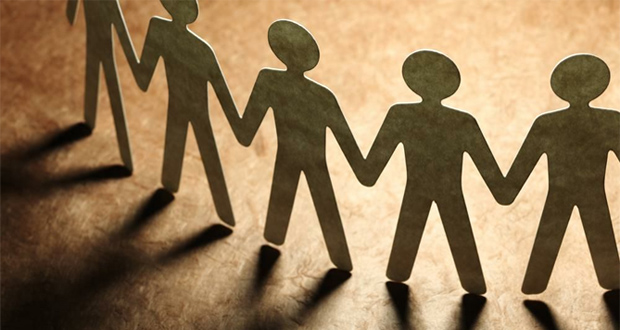 With the catastrophic butchery taking place in Ghouta some of us may weep, some will turn to Allāh in desperate duʿā’, some will give charity. Perhaps some will do all these actions and more. These are praiseworthy acts and encouraged, if not obligatory, but what is also imperative upon us is that we take ourselves to account and ask ourselves why these calamities are taking place and what we can do as individuals and as a collective to stop them.

Upon pondering over the Qur’ān, the sīrah of the Prophet (sall Allāhu ʿalayhi wa sallam) and our rich history it is clear that one of the major contributing factors to what is taking place all around the world is our disunity.

“And those who disbelieve are allies to each other. If you [O believers] do not do so [unite and aid each other] there shall be disorder on the earth, and a great corruption.”[1]

This verse very clearly indicates two things: First, that the enemies of Islām will be united against the Muslims in their cause – as we see today. Regardless of their fundamental differences in belief and ideologies, the enemies of Islām and Muslims are united against the Muslims for the progression of their causes. Second, we see that if we Muslims do not come together united and firm as one body, we will continue to be the subject of barbarity, subjugation and global calamities.

Looking to our rich history, we will clearly find that our Ummah was united for centuries even with clear and sometimes major differences. While we were united we were protected from the mass atrocities such as those taking place in Ghouta. Likewise each and every time a period of revival came about it was preceded by a revival of unity and purification of the hearts. Unity, therefore, is a pillar of the revival and preservation of Islām, and we should not allow a loud minority to fool us into thinking unity cannot be achieved accept by uniting upon one perception of “correct opinions”.  We need to unite, putting our smaller differences aside in order to tackle the larger problems we face.

“Calamities have appeared on land and sea because of what the hands of the people have earned, so that He (Allāh) makes them taste some of what they did, in order that they may return (to the right way.”[2]

In order to achieve unity, we must focus a large amount of energy upon revival and purification of the hearts. With regard to this Allāh (subḥānahu wa taʿālā) says,

“Remember the blessing of Allāh upon you: When you were enemies to each other, and He brought your hearts together, so that, you became brothers through His blessing.”[3]

Diseases of the hearts are what truly prevent unity. The two great scholars and thinkers of Islām, Sheikh al-Islām Taqiy al-Dīn Ibn Taymiya and Hujjat al-Islām Abū Hāmid al-Ghazāli have spoken clearly on this point. Ibn Taymiya mentioned that Islām is purity of the body [fiqh] and heart [tazkiyah] and the reason for divisive disputes is due to ignorance and negligence of either of these two.[4]

Imām al-Ghazāli mentioned that the reason for disputes amongst students of knowledge is due to diseases of the hearts such as a lack of sincerity, love of fame and status and a lack of purity of intention. He stated that those who possess these traits would be those who publicly dispute and sow discord; they justify and mask their hidden sicknesses with Islamic terminologies and subject matters.[5]

“The world is accursed and what it contains is accursed except for the remembrance of Allāh, association with Allāh, and a learned man and a learning person.”[6]

It is also very important to ask ourselves when taking ourselves to account: What is the difference between us and the Companions of the Prophet (sall Allāhu ʿalayhi wa sallam)? We will perhaps find one of the key differences is that they totally lived for Justice and Islām. It was not a hobby or career path or a form of pass time and entertainment; for them it was their life, full-stop. Can we say the same about ourselves?

In following their path, we should endeavour to live for Islām and serve Islām in all avenues of our lives, and in doing so becoming activists. Activism can and should be political, in the media sphere, in our Islamic societies, in charitable work, in our Masājid, within our places or work, and anywhere else possible.

We should engage in activism to establish the remembrance of Allāh, unity of the Ummah, justice upon earth, and freeing mankind of the shackles of subjugation and oppression.

A key way we can all be active and come together collectively is by showing public solidarity and moral support. We find the most beloved of the Prophet’s (sall Allāhu ʿalayhi wa sallam) wives Khadījah (raḍiy Allāhu ʿanha) was known for her moral support of the Prophet in his times of hardship even if she had no power to alleviate the situation herself. The Prophet (sall Allāhu ʿalayhi wa sallam) loved her dearly for this, and Allāh (subḥānahu wa taʿālā) sent her His salutations through Jibrīl as a reward and result of her pillar-like support and solidarity. Let us then follow in her footsteps and hope that, even though we cannot immediately alleviate the current crisis, we can work towards a long-term change. Perhaps we can also gain the pleasure of Allāh (subḥānahu wa taʿālā) through our solidarity and moral support.

What is taking place now in Ghouta is not the first of its kind. If we do not start making a change now it will not be the last. We have the ability to be the shining light for the depths of darkness our Ummah currently finds itself in. Those who will make a difference are those who will stand up and make a change.

May Allāh rectify our affairs and unite us in the Dunya and Ākhira.