Do You Have an ‘All or Nothing’ Mentality? 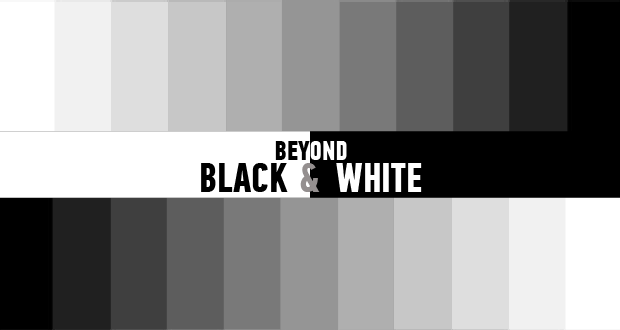 The Fiqh of Good Deeds

Bismillāh and Alḥamdulillāh, and peace and blessings be upon the Messenger of Allāh.

Allāh (subḥānahu wa taʿālā) has ordered that we do everything with iḥsān (excellence). As the Messenger of Allāh (sall Allāhu ʿalayhi wa sallam) said:

There is no doubt that good deeds ought to be done in the best manner possible. “And in such things should the competitors compete.”[2]

However, the path of uprightness is a gradual one; not one that comes over a week, a month, or even a year. Rather, it takes years of effort and sincerity before we can reach the heights of īmān and piety.

It is therefore unrealistic and potentially harmful to jump to perform large amounts of good deeds at once. We may get a boost from reading a book or listening to a lecture, which is great, but it is vital to remember that the path takes time. If I am unable to do a certain action to its fullest, then I am severely losing out if I leave it out in totality.

We are missing out on large amounts of good deeds that we are desperately in need of to succeed in our journey to Allāh and on the Day of Reckoning. Many of us, unable to act upon a certain Sunnah in its most complete form, end up leaving that act of worship altogether, forgetting the statement of the Messenger (sall Allāhu ʿalayhi wa sallam):

“And that which I command you to do, then do of it that which you are able to.”[3]

Here are five sunan that are often left out for said reason, and I ask Allāh to benefit us with what we write and read:

Most of us are aware that it is recommended to fast Mondays, Thursdays and on what are known as the three ‘white days’ (13th, 14th, and 15th of each Islamic month). The problem is that many Muslims think that every Monday and Thursday must be fasted for it to be a proper fast. Thus, if they slack on one of the days, they lose motivation and stop altogether. Similarly, many Muslims are unaware that fasting any three days a month is a Sunnah in and of itself.[4] Thus if they miss one of the three ‘white days’, they give up altogether, believing that the sunnah has been missed out on. This is a mistake.

“Fast three days a month, since the good deed is multiplied by ten, so it will be like fasting for a lifetime.”[5]

No doubt, fasting the three ‘white days’ is an extra Sunnah but, if we are unable to, then we can fast any three days of the lunar month. The whole month is open for fasting. If one or two or all of the white days are missed, then fast on three other days. They do not have to be consecutive, as explained in the ḥadīth above.

Often quoted are the narrations that speak of the reward of Ḥajj and Umrah for the one who remains in his place of worship after the Fajr prayer until after sunrise and then prays two rak’ahs. Doing so is, without doubt, a great act of worship practiced by the salaf, regardless of the authenticity of the ḥadīth that relates to this.

However, the virtue of the Duḥa prayer is not restricted to the one who remains in the remembrance of Allāh from Fajr until after sunrise. The Duḥa prayer begins around 15 minutes after sunrise, and ends around 10 minutes or so before Dhuhr. Two rak’ahs any time between this extended length of time attains one the reward stated in the Prophetic tradition below. So, if we are unable to stay up after Fajr and we wake up at 10am, for example, then nothing stops us from performing these two (or more) rak’ahs at that time.

I have chosen to focus on this one ḥadīth for the sake of keeping things concise, although many narrations speak of the virtue of the Duḥa prayer.

It is well established that it is a recommended practice to make tasbīḥ, taḥmīd and takbīr thirty three times each after every obligatory prayer. The reward of doing so is stated in the ḥadīth below:

However, this is not the only authentic variation of the adhkār after Salāh. It is authentically narrated that saying the tasbīḥ, taḥmīd and takbīr ten times each after the obligatory prayer is a Sunnah.

“There are two qualities; no Muslim acquires them but he will enter Paradise, and they are simple and easy. He should glorify Allāh (say Subḥān Allāh) ten times immediately after each prayer, and praise Him (say Al-ḥamdu Lillāh) ten times and magnify Him (say Allāhu akbar) ten times…”[8]

Some of the late Hanbali jurists and other scholars recommended that this narration (of ten times each) should be relied on when there is a good reason, so that the dhikr after salāh is not left out in totality. Examples include when combining prayers and there is not much time in between the two prayers to recite the adhkār stated in the narration of thirty three. This is from their Fiqh, may Allāh have mercy on them, in making the most of every opportunity. It is also advisable to use this narration when you feel that you are rushed and may forget to complete the adhkār thirty three times.

Another thing to note is that it is recommended to say them immediately after Salāh while seated. However, being seated is not necessarily a condition. So if you were to say them while stood up or walking, then the Sunnah may still be achieved. Similarly, it will be achieved if you were occupied from doing them for some reason, but then remembered them not too long after. This is what the scholars said, as stated by Imām b. Nasr-illāh and reported from him by Imām al-Buhuti in Kashaf al-Qina’, may Allāh have mercy on them. From this, there are two points we can take away:

(A). If one finds that saying the tasbīḥ thirty three times may be difficult on a particular occasion, they can limit it to ten times each (and that can be completed in around thirty seconds).

(B). If one is unable to do the adhkār seated, then they may be done while walking or when sat elsewhere (such as in a car).

The Night Prayer is the prayer of the pious. We should all aim to have a portion of the night dedicated to worship, may Allāh gift us that blessing. However, the realisation of needing to wake up in the middle of the night and making wudhū’ in the cold makes this station seem a mere far-fetched dream.

Except that sleeping is not a condition for the validity of the night prayer, nor is it necessary to pray in the last hour before Fajr—which is best. Once again, those who are able to do so should thank Allāh for this blessing. But, performing a few rak’ahs straight after ʿIshā’ or just before sleeping is certainly not an act to belittle.

Similarly, some of us may be awake for one reason or another very late in the night. During this time, we should know that this part of the night is highly virtuous and not let the opportunity go. Take the following ḥadīth:

So once again, whether we consistently pray at night or not, whether we sleep before it or not, performing a few rak’ahs after ʿIshā’ and making du’ā takes no effort, at all.

“And indeed it is easy for the one who Allāh makes it easy for”[11].

If one still does not, then no less than one rak’ah of Witr after ʿIshā’, and although three rak’ahs is more complete, one rak’ah is the minimum Sunnah according to Imām Ahmad (raḥimahu Allāhu) and the majority of scholars.[12]

The recommended consistent rawātib that are linked to the five obligatory prayers are ten. Ibn ʿUmar (raḍiy Allāhu ʿanhu) said:

“Anyone who prays twelve (supererogatory) Rak‘ahs (units of Prayer) in a day and a night will have by them a house built in Jannah (Paradise).”[14]

However, being unable to do all of the ten or twelve rak’ahs does not mean that one should leave all of them out. These rak’ahs come in an order of preference. The two rak’ahs before Fajr being the most recommended.[15] So if a person is not in the habit of the rawātib at all, perhaps a good place to start is to be consistent in praying the two rak’ahs before Fajr, then after that the Sunnah after Maghrib and so on.

To conclude, I would like to remind myself and my brothers and sisters that success and piety is a gift that Allāh alone grants to whoever He wishes. So although I hope that this article will have made some acts of worship easier for many of us, it is vital to consistently ask Allāh to keep us upright and that He allows us to worship Him with excellence; and that we battle against committing sins. Sins destroy the heart, and a ruined heart struggles to do the simplest acts of goodness, and this will harm us on our path towards piety and uprightness.

These were some examples of acts of worship that are often not taken advantage of due to the error in understanding stated earlier. I ask Allāh to put benefit in that which has been mentioned here, and that He blesses us with uprightness upon goodness and the avoidance of sin until we meet Him, and we begin with praising Allāh and end with praising Allāh.

Zahed completed his LLB Law degree from the University of Birmingham, a BA in Sharī’ah Law from the European Institute of Human Sciences, and an MA in Islamic Studies from Newman University. He then completed two years of specialisation in Usūl al-Iftā in the Ḥanafī legal school. His classical Islamic studies were mainly with scholars in the UK and Algeria, and he holds ijāzahs in various books of Aqīdah, Hadīth, Fiqh, and other Islamic sciences. He is currently a teacher and researcher in Islamic Studies.