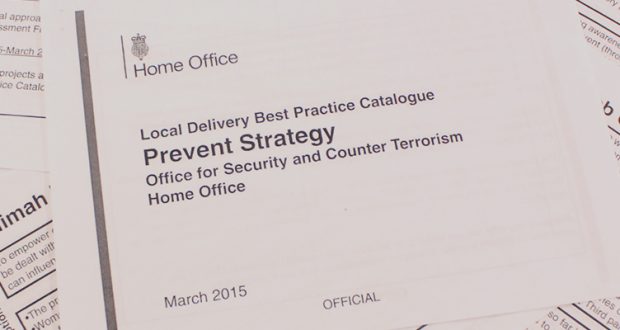 – The OSCT’s admission that Faith on the Frontline; FAST, #MakingAStand (delivered by Inspire) and A Tale of Two Cities (film) are all ‘products’ of the Home Office’s Research, Information and Communications Unit (RICU).

– The direct relationship between the OSCT and ‘third party provider’ organisations.

– The costs associated with these programmes and the specific locations it targeted at.

– The names of the ‘grass-roots’ organisations delivering government vetted projects.

Most notably the document refers to amongst many:

Despite being dated March 2015, the document highlights that the projects will be used to produce a best practice catalogue once the evaluation period is completed in March 2016.

“These revelations call for a serious dialogue within the Muslim community on the legitimacy of government sanctioned activism. It also highlights the government’s deceptive approach in engaging with Muslim communities and again calls into question the failing PREVENT policy and its shadow, the global CVE campaign.”

“This document also conclusively demonstrates the relationship and oversight the Home Office has over ostensibly community led projects. CAGE’s earlier report “We are completely independent” and The Guardian revelations, have previously highlighted these points and demonstrated how RICU was in effect directing and attempting to manufacture consent for PREVENT amongst Muslim communities.”

2017-01-04
+Editor
Previous: The Ummah’s Anguish on the Road to Victory
Next: Do You Have an ‘All or Nothing’ Mentality?