Don’t be an echo, find your voice 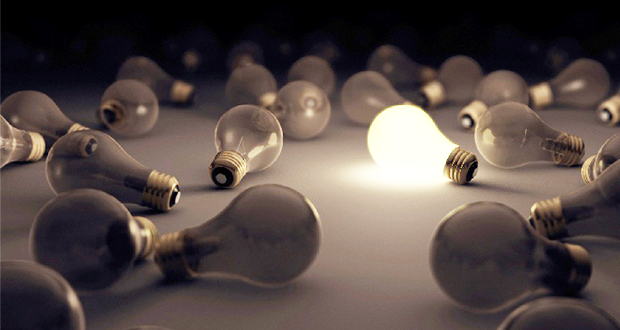 “The whole educational and professional training system is a very elaborate filter, which just weeds out people who are too independent, and who think for themselves, and who don’t know how to be submissive, and so on — because they’re dysfunctional to the institutions.”

University was nothing like what I was expecting it to be.

I had dreams of an institution where students sincerely sought knowledge. A sanctuary where pupils were moulded into individuals who could see the world for what it is; an institution where men and women spent their days and nights simultaneously trying to better themselves and discover their own creative and innovative skills and talents so that they can make this world a better place.

And yet, these dreams would quickly turn into a nightmare, one where I was left to my own devices. A disappointing reality where the end result of my degree seemed more due to chance then any effort on my part. The emphasis was on meeting deadlines, passing exams and socialising as opposed to acquiring beneficial knowledge and nourishing positive qualities within me in order to help others. In the arena of extracurricular activities, I found more students desiring fame, more students trying to pass off as being “original” when in reality they were copying what their predecessors did, more students being, ironically, very conformist by doing “something crazy for the sake of being crazy”, than any sincere, original, yet purposeful, action.

It was amidst these dark and foreboding clouds that hung over my campus, that I heard the words of Dr. Cornel West. He gave a recent talk at Cambridge University and said something that should serve as a guide for all those who feel like they are lost at sea whilst at university:

“I would hope and pray that every person in this room is wrestling with their voice […] and if you’re still an echo, then find your voice.”

Reflecting on what Dr West said, I realised that his statement was perfectly in line with the example that God puts forward in the Qur’ān.

As He says in Sūrah Al-Raḥmān,

“(it is Al-Raḥmān) He taught him, articulate, clear speech.

The sun and the moon abide by extremely precise calculation.

And the stars and trees prostrate.

And the heaven He raised and imposed the balance.

That you not transgress within the balance.

And establish weight in justice and do not make deficient the balance.”[1]

Together, these verses remind us that a voice is one of the first gifts that He gave to humanity.

This voice is a miracle in and of itself. Have you ever thought that your voice is actually just air that you are expelling from your lungs? And that the various letters you pronounce and the different sounds you make, are all because you are fine-tuning that outflow of air with your tongue, or lips, or nose? Try say the letter ‘b’ without using your lips, or say “mmmmm” with your mouth closed (the sound you make when you think of a Krispi Kreme) and then close your nose with your fingers – does the sound completely stop?

These verses empower us to not be an echo of the prejudices, the apathy, the nihilism, the misguidance and the destructive constructs that are propelled by those about whom God says He has made “heedless of Our remembrance and who follows his desire and whose affair is ever [in] neglect.”[2]

In another narration he (sall Allāhu ʿalayhi wa sallam) said,

“Do not be conformers who turn with every wind.”[4]

As students we must strive not to be like those whom the Prophet (sall Allāhu ʿalayhi wa sallam) feared more for the Ummah than the Antichrist: “evil scholars”.[5]

According to the French Philosopher Julien Benda, in his treatise La Trahison des Clercs (the treason of the scholars), these evil scholars, joining the “chorus of hatreds” and “ready to support in their own countries the most flagrant injustices”, had become the “immense majority” of intellectuals (bear in mind that he said this in 1927!).

As students we must strive to not be like those who are merely an echo of the past, those who, as Malik Bennabi (raḍiy Allāhu ʿanhu) said,

“walk towards the future with backs turned to it and eyes fixed on the past in search of a faded glory, instead of seeking to build a new order, to which glory will come by right of accomplishment and not by right of inheritance.”

As students, we often forget that our voice can be louder than the voices of others as a result of the access, finance and positions of authority we go on to attain, God willing. As a result, we must realise that we have a greater responsibility than others. This is particularly the case considering the increasing disharmony in society today and the dwindling number of intellectuals seeking to correct it, and to strive more fervently towards making the Qur’ānic ideal a reality.

Imām Al-Ghazāli literally lost his voice when he realised that all the knowledge he had attained was done so only for worldly again. He found his voice (and himself) when he decided to devote himself solely to God and as a result produced his magnum opus, the masterpiece, the Iḥya ʿulūm al-dīn (Resurrection of the Religious Sciences).

Dr. West found his voice, striving to iron out inequality in society in the best way that he understands. With or without the help of others, find your own voice, the one that God specifically gave you, utilise the talents and skills that He gifted you with, to bring harmony and justice to all those around you, including yourself, so that, as Allāma Iqbāl beautifully said, your life itself embodies the famous verses of Sūrah Al-Raḥmān to others,

“Then which of the favours of your Lord will you deny.”