Entertaining Ourselves to Death 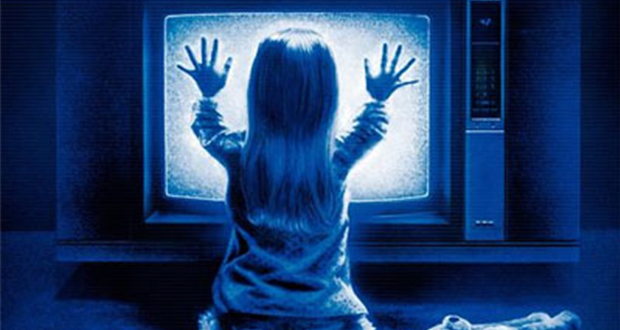 How your daily entertainment can affect your spirituality

More often than not, you will find yourself mindlessly surfing through channels to fill up the free slots in your routine; or maybe to fill up the emptiness inside. For some, the best way to unwind is with a favourite show and a jar of cookies. And so it begins—the cycle of amusing yourself to death, episode after episode of that great TV series. What started as a short-lived way to pass time one fine morning becomes an everyday marathon. And it is not just one drama you get hooked to; it builds up to four or five series at a time…

Islām’s take on the matter

If you ask an average Muslim whether it is permissible to watch movies or television in general, most of them will shrug and say it is okay as long as you skip the “bad” parts. Everyone will have their own interesting logic of justifying the act. Coming to “bad” parts, who gets to decide what those are? Motion Picture Association of America (MPAA), you, me or the society in general? According to a study from the Harvard School of Public Health reported by New York Times, there is significantly more sexual content in movies rated PG-13 today than a similarly ranked movie in the past [1]. Societal norms are changing and evolving with time.  Criteria for judging acceptable depictions of adult content are constantly shifting and are consequently reflected in the ratings as well. In effect, what might be considered “Restricted” a decade ago, is rated PG now. Putting it simply, what used to make you uncomfortable before, you are okay with watching it now—because you have subconsciously accepted it as a part of the Western culture and have lowered your inhibitions to its exposure.

What we need is a timeless standard and this is exactly why Allāh sent His Messenger (sall Allāhu ʿalayhi wa sallam) to instruct us for years to come.

Say, “The evil and the good are not equal, even though the abundance of (what is) evil may attract you. So, fear Allāh, O people of understanding, so that you may be successful.” [2]

Notice how Allāh (subḥānahu wa taʿālā) did not just say that evil and good are not equal. He instructed His Prophet to say so in the verse. This implies clearly that the Prophet Muhammad (sall Allāhu ʿalayhi wa sallam) is to set an exemplary model for us to emulate. Secondly, he has explicitly told us of the acceptable (good) and inacceptable matters (evil), so any Muslim with a conscience can decide for himself if the dressing, language and displays of physical affection in movies and TV shows are acceptable or not. A Muslim, on default, should avoid such entertainment even though a person tends to gravitate towards the prevalent call of evil which is seductive on so many levels.  Also, noticeable is the fact that the verse addresses the “people of understanding”. It is only individuals with sound mind and intellect who can sort the wrong from right and will actually be bothered with it. The rest, as implied, will go with the flow.

Scientifically proven ways television can make an impact on you

Hail the rise of neurocinema! [3] Courtesy of the fMRI (functional Magnetic Resonance Imaging), movie producers can now pinpoint exactly which parts of their motion art had you enraptured. And they are using the data to further enhance their script, characters, effects and the plot just so you get a more fulfilling experience out of their movies. Directors are teaming up with neuroscientists to figure out the best way to storyboard and promote their trailers by tracking brain responses to visual stimuli of their test subjects. The question is—can we afford further innovation in filmmaking that already has half of the population hooked? Though this neurocinema is in early stages, it does promise to hypnotise you on a deeper, richer level. Whatever is left of your willpower to pray on time will take a nosedive.

Also, it is an undeniable fact that exposure to free media can change your opinions and beliefs to a considerable extent. For example, homosexuality is one such subject that is not as averse to the younger generation as it naturally is. It is gradually becoming tolerable even in some Muslim circles and you will hear it loud and clear in classroom debates. Even on Facebook, you have at least one friend who has set her relationship status to “married” to another female friend just for fun. A carefully crafted story on television can make a wrong seem right, and a right seem wrong, and one doesn’t hesitate to make light of a grave matter on the expense of one’s faith.

Whether or not onscreen violence promotes aggression in real life is still debatable. But take your kid to an Avengers movie and you will see him imitating the characters at home. According to a new study done at Linfield College [4], there is reason to believe that violence shown on TV fires up the neural networks in the brain prepping it for aggressive behavior. The study did not just take physical violence into account, it also evaluated cognitive patterns in the subjects after showing them clips of relational aggression where girls destroy family circles, engage in spiteful trash-talk or make someone an outcast; the researchers showed mean, immoral screen behaviour in general. They concluded that there is more reason to be wary of expressive bullying onscreen than before.

“And those who guard their chastity (i.e. private parts, from illegal sexual acts). Except from their wives or (the captives) that their right hands possess; for them, they are free from blame. But whoever seeks beyond that, then those are the transgressors.” [7]

You might watch movies to get some kicks out of it, but horror films in particular [8] can induce a certain state of mind that might be similar to one you experience during a trauma. It can evoke your past and make you dwell on events that were better off forgotten as pointed out by Bruce McEwen, neuroendocrinology professor at The Rockefeller University in New York. Even if you do not have psychological “baggage”, tearjerkers can cause a misery relapse in people who had recovered from their depression [9]. Dwelling on trauma is unhealthy, internally damaging to a person’s health and leads to depression. There is a word for it too: rumination. It is when you think negative things over and over.

Anyone who has gone through a traumatic experience knows that recalling the demons from the past sets a wheel of negative thoughts in motion where you keep asking yourself questions but reach nowhere. And especially if you relate to a character who has a similar sad story to yours, you philosophically begin to brood on life’s prejudiced points. Questioning fate and self-pity thus make way for feelings of ungratefulness and suppresses your spiritual side further.

Say, “My Lord has prohibited only the shameful acts, whether open or secret, and (every) sinful act, and unjust aggression, and that you associate with Allāh anything for which He has not sent any authority, and that you attribute to Allāh anything about which you do not have sure knowledge.” [12]

The above verse explains how addiction happens. In the initial stages, we have the upper hand. Allāh says “do not follow the footsteps of Satan” which implies that we have the power to stop before we are too deep in. We have the option not to click play on the movie we just streamed or to hold back from checking out a TV show our friends were talking about. But notice how the tables turn in the last half of the verse. Now that we have clicked play, now we are engrossed in the storyline, Satan has the ropes. He will order you to watch episodes back to back. And with all the lewdness that is in it, you will justify it saying you are only following the plot and not the adult content that comes with it. And soon it would matter very little why you began watching it in the first place.

A healthy alternative for mindless TV entertainment could be watching informative documentaries on a topic you are passionate about, or stream an Islamic lecture or invest your time into learning new skills. Keep yourself busy for it is free time that kills us; not us killing time much as we would like to believe.

Surely, the ear, the eye and the heart – each one of them shall be interrogated about. [14]

Unless we have a really good explanation ready for the lewdness we expose ourselves to, we need to keep a check on our “entertainment” for a productive life and a better hereafter.

Saadia Humayun is pursuing Biomedical Engineering. She currently works as a Motion Graphic Artist for LiveDeen and Azan, two non-profit Da’wah organisations in Pakistan that conduct Islamic workshops and conferences inviting scholars from abroad. She also volunteers at AlKauthar Institute and blogs in her spare time at callofthedusk.wordpress.com.