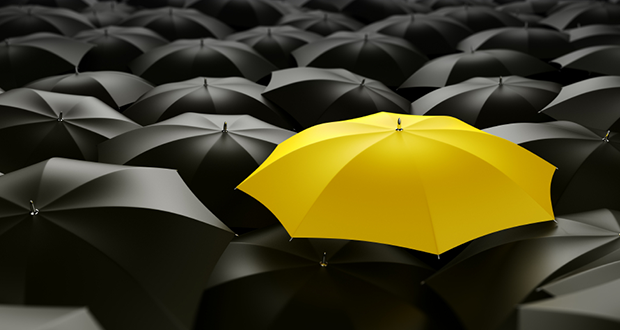 All it takes for evil to prevail is for a few good men to do nothing. (Edmund Burke)

Only a few years ago, a friend and I planned a long-weekend trip to Wales. We were going to take our sons on a ‘father and son’ trip out to the countryside – just some basic camping, trekking and canoeing with the kids;  a short break away from the usual hustle and bustle of life. My son was only 12 at the time, so I thought it would be a good idea to share some quality bonding time.

I arrived early after sunrise on a Saturday morning at my friend’s house with my son, both of us bleary-eyed but looking forward to the trip. My friend who had invited me told me that Moazzam Begg, who only lived round the corner from us in Birmingham, would be joining us.

At the time, Moazzam was well-known for his captivity in Guantanamo Bay in Cuba for several years, after which he was eventually released without charge in 2005.

As I finished hauling my luggage into the back of my friend’s car, I noticed Moazzam and his son parked in a family MPV a little further down the road. I had actually read some of Moazzam’s book ‘Enemy Combatant’ and therefore felt I already knew him to some degree.

I knew he had lived an interesting life, had unfortunately suffered great trauma during his imprisonment, and had become a human rights activist on his return. I was intrigued to learn more about the man who many people in Birmingham, where I lived, held in high esteem.

As everyone finished packing their luggage into the two MPVs we started to decide which cars we should travel in. Boys being boys, they all wanted to travel together in one car, which left Moazzam and me. We decided to travel down in his vehicle together.

As we began our journey, I was conscious of prying too much into his past, knowing that he suffered from post-traumatic stress disorder (PTSD) due to his experiences. So, like regular people, our conversation bounced around a bit: the weather, kids, education, and so on. We could not help but touch a little upon his past, but we spent more time discussing his current work.

What I came to know of Moazzam was that he was a humble and intelligent man. He was passionate about his children and family, and yet highly committed to his human-rights work. He was the face and the lead for his organisation, then called ‘Cage Prisoners’, and he had a real sense of duty towards those he was fighting for.

The journey was a few hours and the longer we talked the more I got to know Moazzam. What I came to realise was that Moazzam was an ordinary man, just like the rest of us. No extreme views, no conspiracy theories, no charged political statements, just a regular guy. However, what I did find quite extraordinary about him was how he held no bitterness towards the outside world and no hatred for others who had oppressed him. Rather he possessed a patient acceptance of that which had befallen him. As a Muslim myself, I know that this was due to his faith. But even then, it takes a strong man to go through such trials and come out the other side without any resentment towards the world.

Over the weekend, the more he and I talked, the more I realised what a normal person he was. What kept running through my mind was how it was possible for an ordinary man such as Moazzam to be imprisoned for as long as he was without trial. What a cruel world this can be.

But being acquainted with acts of cruelty are part and parcel of Moazzam’s work. As a Director for Cage (formerly Cage Prisoners), he investigates crimes and injustice, and even the complicity of governments in such cases. In fact, this was the reason for his last trip to Syria. He therefore continues to face scrutiny from those who wish to silence such voices.

As such, in February of this year, it should not have come as a surprise when Moazzam was once again arrested on so-called ‘terrorism charges’.

On hearing about the arrest I was disappointed. It is incredibly cruel to send a man to prison who already suffers from PTSD. My thoughts were similar to those of other Muslims I spoke to: “It’s all a set-up”, “They just want to silence him”, and similar comments reverberating around the British Muslim community.

The police statements and coverage were as expected: pictures of his house with police milling about everywhere, exiting with laptops and other assets. The media fallout was also inevitably unsympathetic. And so we waited, once again, praying for Moazzam’s plight to be over.

After seven months in jail, just before his trial was due to start, a simple five minute pre-trial review was all it took for him to be released. Prosecution lawyers admitted to the court that there was “insufficient evidence” to continue.

Released after a five-minute hearing; critics might argue that it all seems a little orchestrated. Whatever the case, it is a long time to serve for any man, particularly an innocent one, again.

I cannot help but think whether the country we live in is starting to reflect the machinations of an Orwellian state. With the recent Conservatives conference here in Birmingham, and neo-conservative ministers like Theresa May calling for more “security measures”, I pray that people like Moazzam Begg and the wider Muslim community are not victimised further.

Moazzam’s situation may quite possibly have made him cynical about the world we live in, the media, those in power and the security services. However, knowing what we know of him, he will likely continue to speak out against injustice wherever it may be.

Quite extraordinary for someone so ordinary.

[1] Moazzam Begg was in contact with MI5 about his Syria visits, papers show: http://www.theguardian.com/world/2014/oct/02/moazzam-begg-contact-mi5-agents-papers

Kamran is a former chartered accountant. In his spare time, he is involved in various charitable endeavors both at work and at home. He is married with 4 children and now lives in the United Kingdom.