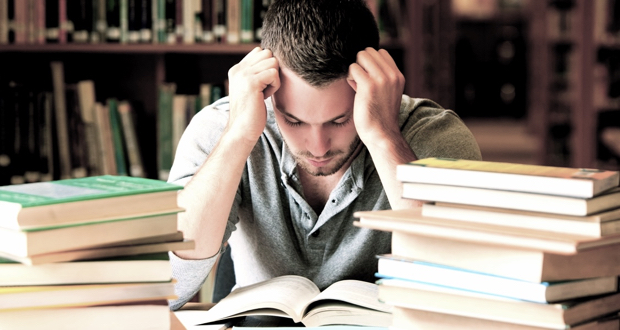 As university students engage in exams today, others find themselves sighing with relief that the days of exams have passed having recalled the stress of late night revision and the agonising fear of the unknown. What is up for stakes is very high; a degree which usually widens career prospects and secures one’s future, or a failure which may delay this but, in many cases, can be redeemed one way or another.

But how justified are our sighs of relief after one’s exit of the examination theatre? For, if we have managed to overcome the exams of the academic world, there is an exam that every one of us is yet to overcome and its date is drawing closer.

There was a teacher who existed not too long ago; a teacher who wanted the best for his students and thus would warn them of their upcoming exams time and time again. In fact, he chose to give them the exam questions in advance to ensure that they were not caught off guard. He promised them that there would be nothing added or detracted from these questions. The students, however, split into three different groups. One group argued that he was lying; a second group believed he was telling the truth but delayed their preparation, arguing they would prepare when the exam date gets nearer; and the third group not only believed him but prepared answers well in advance. Thus, the first two groups suffered immensely both during and after the exam, whilst it was only the third group that passed with flying colours.

That teacher was Prophet Muḥammad (sall Allāhu ʿalayhi wa sallam), the students are all those who lived with him and those who have come after him until the end of time, the examination that he warned of was the inescapable interrogation in the court of Allāh on the Day of Judgement, and the questions that he has given us in advance are some of what we shall discuss below.

This will be an exam no one will be late for nor will anyone be excused from attending. Everyone will be present and the concept of retakes would have disappeared. This will determine your future, whether it will be in elevated gardens of never ending pleasure or bottomless pits of never ending torture.

“And most surely it (the Qur’ān) is a reminder for you and your people, and you shall soon be questioned.”[2]

From Allāh’s mercy, we have not been left in the dark for the test papers have already been issued. Thus, for the benefit of those who genuinely fear for the prospect of their real future below are 10 questions that you can expect on the ultimate Day of Reckoning.

1 – A question shall focus on your Salāh

It will begin with a thorough and agonisingly precise interrogation as per every aspect of your Salāh – the bows, prostrations, wudhū’, concentration and delays of each and every Salāh. The Prophet (sall Allāhu ʿalayhi wa sallam) said,

“The first which one will be asked about on the Day of Standing from his actions is his Salāh. If it turns out to be sound, then he has succeeded and passed. If, however, it is deficient, then he is in ruin and has failed. If his obligatory prayers are lacking, Allāh will say, ‘Look at the voluntary prayers of my slave to patch up the deficiency in his obligatory ones’. The rest of his deeds will be assessed in a similar manner. ”[3]

2 – A question shall focus on the ‘delights’

We will be asked about every bit of comfort and bliss that was at our disposal.

“Then you shall be asked about the delights.”[4]

“Allāh will ask every recipient of a blessing with regards to that blessing.”[5]

According to the Prophet (sall Allāhu ʿalayhi wa sallam), a few dates, drinkable water and some meat constituted as part of these ‘delights’ that one will need answer for on the Day of Judgement. This was when the Prophet (sall Allāhu ʿalayhi wa sallam) and his two companions, Abū Bakr and ʿUmar, once bumped into each other in the middle of the night due to intense hunger that had caused them to leave their homes in search of food.

The Prophet (sall Allāhu ʿalayhi wa sallam) said to them,

“What has made you leave your homes during this hour?” They replied, “Hunger, O messenger of Allāh.” He said,

“I swear by the One who possesses my soul, what caused me to leave my home is the same cause as yours.”

They knocked on the door of a companion who offered them some water, dates and meat. After they had finished eating and drinking, the Prophet (sall Allāhu ʿalayhi wa sallam) turned to Abū Bakr and ʿUmar and said,

“I swear by the One who possesses my soul, you shall be asked about this delight on the Day of Judgement.”[6]

Think about this. If a few dates, drinkable water and some meat that the Prophet (sall Allāhu ʿalayhi wa sallam) enjoyed following an evening of intense hunger will require an answer for on the Day of Judgement, what then about the ‘delights’ of the 21st century? Running water supplies from our homes? Availability of food around the clock? Warm homes at the pressing of a button?

Moreover, what about the ‘delights’ pertaining to our senses, looks, limbs, access to lectures and Islamic material like never before? We urgently need to start putting together answers.

“One of you will meet his Lord on the Day of Judgement who will say to him, ‘Did I not give you horses and camels? Did I not give you authority? Did I not marry you to so and so, although others had asked for her hand but I kept them away and married her to you?’”[7]

“The accountability for a person who had two Dirhams will be more intense than the person with one Dirham.”[8]

Not a ‘delight’ will be missed.

“The son of Ādam will not be dismissed from the presence of Allāh on the day of Resurrection until he has been questioned about five things:

What was the theme of your 60 or 70 years on earth? What was the purpose that you truly lived and died for? What occupied your time the most by day and your thoughts and concerns by night?

When desires had rocketed and strength had peaked, how did you behave? Were you using your youth like the masses of young men and women around you, or were you different?

There are multiple avenues of making cash. Did you subscribe to the ‘by any means necessary’ approach? And, when you acquired that money, what causes did you spend it in?

You had heard hundreds of sermons and reminders throughout your life. This privilege will not pass unquestioned.

Ponder over the clarity of these questions. How will you prepare for them?

8 – A question shall focus on the gift of senses

“And follow not that of which you have not the knowledge; surely the hearing and the sight and the heart, all of these shall be questioned about.”[10]

In preparation for this set of questions, the gaze is lowered when exposed to Harām, the ears are covered when presented to the Harām and the heart is cleansed from doubts in Allāh, envy of people and other pollutants.

Was an attempt made to offer advice? Did you leave the scene of Harām at once if your advice was not acted upon? Did you give up after the first or second attempts? This is a question that caused some of the companions to cry upon hearing of it.

“Allāh is going to ask people of the Day of Judgement, ‘What prevented you from saying something against evil when you saw it happening?’ If Allāh allows His Slave to offer the correct response he will respond by saying, ‘My Lord, I had hope in You and I was afraid of the people.’”[11]

“A person must not allow his fear of people to withhold him from speaking the truth if he learns of it.”

Upon hearing of this, Abū Saʿīd cried and said,

“By Allāh, we have seen wrong but were afraid of speaking”.[12]

It could be a family member, a friend or a colleague at work who engages in practices of Harām in front of you and thus you and I are to expect a question on the Day of Judgement with regards how we behaved when we saw Allāh’s limits being crossed.

10 – A question shall focus on your actions

“So, by your Lord, We will surely question them all. About what they used to do.”[14]

During his farewell pilgrimage, the Prophet (sall Allāhu ʿalayhi wa sallam) delivered his farewell sermon in Mina. In it he said,

“And you shall meet your Lord and He will ask you about your actions.”[15]

Days before our final year exams, our lives are in a state of emergency in preparation for them. If we do not feel a greater, or even similar, level of anxiety and urgency with regards to the examination of tomorrow, then we have not truly realised the enormity of this Day. Failing that exam is failing your eternity. Allāh says, defining the truest meaning of ‘failure’:

“Say, “Indeed, the losers are the ones who will lose themselves and their families on the Day of Resurrection. Unquestionably, that is the manifest loss.””[16]

[3] Narrated by At-Tirmithi in his ‘Sunan’, on the authority of Abu Huraira

[6] Narrated by Muslim, on the authority of Abu Huraira

[7] Narrated by Ibnu Hibbaan in his ‘Sahih’, on the authority of Abu Huraira

[9] Narrated by At-Tirmidhi, on the authority of Ibnu Mas’ood

[11] Narrated by Ibnu Maajah, on the authority of Abu Saʿīd

[12] Narrated by At-Tirmidhi, on the authority of Abu Sa’eed

[15] Narrated by Al-Bukhari and Muslim, on the authority of Abu Bakra