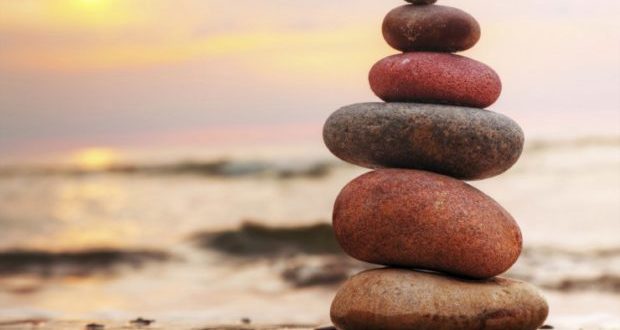 In no era in history has the means of comfort and welfare ever been so within reach like they are today. Never has the knowledge of the world’s complex mysteries and the ability of subduing nature’s unfriendly elements ever been attained like it has today. Online shopping, laser eye surgery, electricity, central heating, the list continues. Despite these remarkable achievements, and in spite of possessing all the means for a better life, the goal of a pleasant life and happiness has never drifted further away like it has today.

In an article published by The Guardian in 2016, it stated that there were 61 million antidepressants prescribed and dispensed outside hospitals in 2015 and that official figures have shown that the number of antidepressants given to patients in England has doubled in a decade.

When one thinks of New Zealand, what is likely to come to mind are the beautiful, vast, natural landscapes and magnificent mountains. But for years it has been struggling with high rates of depression and suicide. A new report by Unicef contains a shocking statistic – New Zealand has by far the highest youth suicide rate in the developed world.

The 21st century has taught us how to fly in the air like birds and how to swim in the oceans like fish, but many of us still do not know how to walk as happy and content individuals. And yet, when such an individual sits down to work out where the problem lies, he cannot pinpoint the problem.

Let us take a look at the life of a Muslim whose way of life has equipped him with a completely unique perspective which keeps him smiling at all times.

When cash is a little low, the believer is able to remain happy because he reads in the Qur’ān,

“And there is not a moving creature on earth except that it is upon Allāh to provide for it.”[1]

When somebody tries to degrade him, he is able to remain happy because he reads in the Qur’ān, “and dignity is for Allāh, His messenger and to the believers.”[2]

When he finds himself alone and without companionship, he is able to remain happy because he reads in the Qur’ān, “Do not be sad, Allāh is with us”,[3] and he reads, “Your Lord has not forsaken you nor does He hate you.”[4]

When he feels under threat and vulnerable, he is able to remain happy because he reads in the Qur’ān, “Is Allāh not sufficient for His servants?”[5]

When he feels no one understands him and no one is willing to listen to his problems, he is able to remain happy because he reads in the Qur’ān, “I only complain of my grief and sorrow to Allāh”.[6]

When any difficulty arrives at the doorstep of a believer, he is able to remain happy as he reads in the Qur’ān, “with difficulty is ease.”[7]

This is the peace of mind which Islām gives its people, just as the Prophet (sall Allāhu ʿalayhi wa sallam) said,

The life of a practicing believer is one of unexplainable bliss because he is pleased with every one of Allāh’s decrees. Happiness cannot be attained in the least without firm belief in Qadar/predestination, it is a cornerstone to happiness. The Prophet Muḥammad (sall Allāhu ʿalayhi wa sallam) also taught us what to say in various situations.

When the Muslim wakes up in the morning, he has been taught to say:

“All praise and thanks are due to Allāh who gave us life after our dying and to Him will be the resurrection.”[9]

When the Muslim goes to bed at night, he has been taught to say:

“All praise and thanks are due to Allāh who has given us food and drink, and given us enough and refuge, for how many people have neither.”[10]

When a Muslim puts on new clothes, he has been taught to say:

“All praise and thanks are due to Allāh, You clothed me with this.”[11]

When the Muslims exits the bathroom, he has been taught to say:

“All praise and thanks are due to Allāh who removed harm from me and gave me wellbeing.”[12]

When the Muslim sees a person with a disability, he has been taught to say:

“All praise and thanks are due to Allāh who has spared me from what He has trialled you with and has favoured me over you and over many whom He has created a great favouring.”[13]

When the Muslim achieves a matter he wished to accomplish, what has he been taught to say?

“All praise and thanks are due to Allah, whom, by His favour, all good things are achieved.” [14]

And when a Muslim fails to achieve a matter that he wanted to accomplish, he has been taught to say:

“All praise and thanks are due to Allāh in all circumstances.”[15]

The avenues of Harām cannot fill the gaps in one’s heart, they only serve to widen them. Consider the following examples:

Is it the one who eats to his fill from the most expensive types of food at any time of the year and of any variety that he wishes but without purpose or goal? Is this person happiest, or is it he who spends Ramaḍān, or a Monday or Thursday, fasting patiently until the sun finally sets and a date is placed into his mouth, bringing with it a sense of achievement and unimaginable joy in that he had invested in his hereafter and drawn one step closer to Allāh?

Is it he who looks to make money at any expense, using any means or transaction, to then lives a life of misery as Allāh’s assistance is taken away from his life? Sleepless nights become his norm and he knows that Allāh has no interest in his charity as it is sourced from the impure? Is this person happiest, or is it he who insists on an earning from the ḥalāl, even if the returns are less, but the peace within his heart is indescribable having realised that he is putting in his mouth and the mouths of his family purity, not the flames of hell? Such a person who gives in charity and hopes for Allāh’s acceptance and sponsors an orphan who says to him, “JazākAllāhu khairan, you are like my father” experience a sense of humbleness and joy that no poet could ever depict. Which of the two are happier?

Is it he who shifts from one extra-marital relationship to another, moving secretly under the cover of night, to spend a short-lived moment of pleasure which is followed by heart-wrenching guilt, knowing full well what such a relationship means in Allāh’s Eyes? Should someone knock their door during their moment of intimacy, they pounce in fear as their consciousness screams at them, and should she become pregnant further anxiety follows and should abortion be opted for, matters only worsen. Are such people happiest? Or is it the patient one, distancing himself from Allāh’s limits, until the arrival of the destined spouse? And when he does,theirs is a public wedding with invitations and gifts, hugs and Duʿā’, and intimacy that pleases Allāh and pleases them. They are at peace, and should she become pregnant, the ʿAqīqa feast, joy and happiness follow. Which of the two are happiest?

By looking at these examples, we discover something profound. We realise that true peace of mind and the fullest meaning of happiness is in one’s closeness to Allāh and distance from His prohibitions. It is that simple, as Allāh said,

“Whoever does good whether male or female and he is a believer, We will most certainly make him live a happy life.”[16]

“… then whoever follows My Guidance he shall neither go astray, nor shall be distressed. But whosoever turns away from My Reminder, then for him is a life of hardship, and We shall raise him up blind on the Day of Resurrection.”[17]

We can read all the mainstream theories, take every medicine on the shelf and try knocking on every door in search for this gem called happiness, but it will not be found anywhere except where the Creator of happiness has taught us to find it. That is because,

We were also happy this past week because it was ʿEid. The root of the Arabic term ʿEid is عاد يَعود / ʿAd and Yaʿūd, which is in reference to something that continues to return. The famous linguist, Ibnul A’rābi, said,

“ʿEid was given this name because it returns each year, bringing with it a renewed happiness each time.”[19]

Who amongst us deserved to be the happiest on the day of ʿEid?

Our ʿEid is not like the celebrations of others. Our ʿEid is not a concert, the abandoning of the correct Hijāb, the missing of Salāh or an excuse for sin. Our ʿEid is a day of happiness, eating, drinking and the remembrance of Allāh, a day wherein we renew our pledge to our Creator, our pledge to glorify Him, to reconnect broken family ties, to revive our commitment to Salāh, and to truly make it a day of happiness where Allāh is obeyed, as some of the companions of Sufyān AthThawri said,

“I walked with Sufyān on the day of ʿEid and he said, ‘The first thing that we will begin this day of ours is the lowering of the gaze.’”

Let us make every day a day of ʿEid by promising Allāh your attention until the day you meet Him.

[8] Muslim, on the authority of Suhaib

[9] Bukhari, on the authority of Hudhaifa

[10] Muslim, on the authority of Anas

[11] AtTirmidhi, on the authority of Abu Sa’eed

[14] Al-Adkhaar of Imam AnNawawi, on the authority of ‘Aisha