How the Justice of Islam Saved Jews & Christians 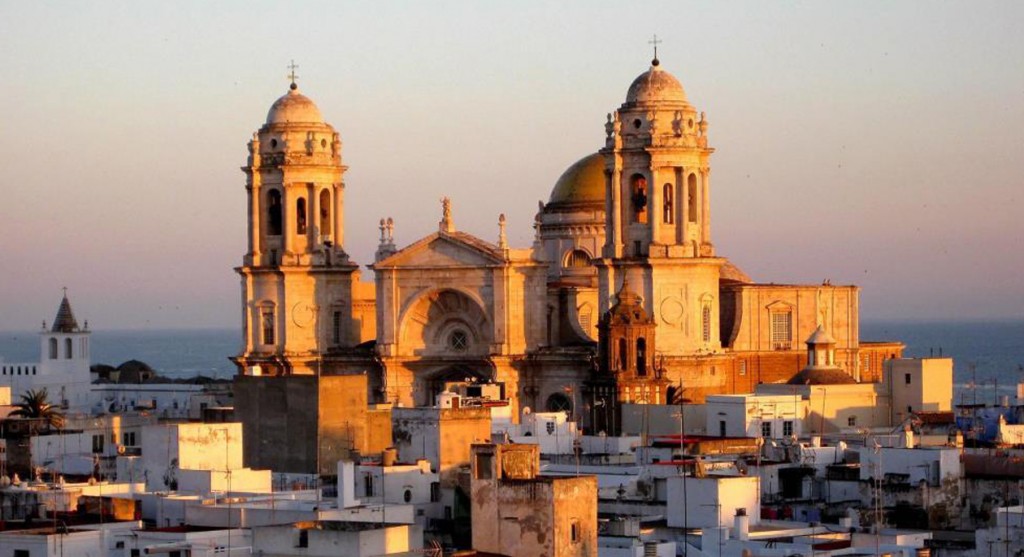 The Modern World’s Debt to Islām

Part 1: Out of Darkness Into Light

Part 2: How the Justice of Islām Saved Jews & Christians

This series explores the astronomical impact that Islām had on the world. Before the coming of Islām, the world was in a state of oppression and injustice, and the proliferation of Islām heralded a new era in human civilisation and development in many fields. In the last article we saw how people of different religious backgrounds in Syria welcomed the liberation from the Byzantine Empire that the Muslim “conquerors” brought them. This article looks at a few more examples of “conquered” peoples welcoming the empowerment that Islām brought them from their tyrants.

Like Syria, Egypt was also governed by the Byzantines. The ruling Byzantine Church was utterly opposed to doctrinal dissent. The Egyptians were mostly Jacobite Christians and did not agree with the Byzantine version of Christianity. The result of this disagreement was heavy persecution at the hands of the ruling elite. The eminent British orientalist and historian Thomas Arnold summarised the situation as follows:

The Jacobites, who formed the majority of the Christian population, had been very roughly handled by the Orthodox adherents of the court and subjected to indignities that have not been forgotten by their children even to the present day. Some were tortured and then thrown into the sea; many followed their Patriarch into exile to escape from the hands of their persecutors, while a large number disguised their real opinions under a pretended acceptance of the Council of Chalcedon.[1]

The Muslims were greeted as liberators when they arrived in Egypt, led by ʿAmr al-ʿĀs, a contemporary and close companion of Prophet Muḥammad (peace and blessings be upon him). Even the Egyptian Coptic Christians supported their intervention. John of Nikiu (690 CE), a Coptic bishop in Nikiu (Egypt), asserted that one of the reasons for the Muslim success in Egypt was the hatred of the masses for the Byzantines and that the Egyptians not only refused to fight the Muslims, they actually supported the conquest: “When Muslims saw the weakness of the Romans and the hostility of the people to the emperor Heraclius… they became bolder and stronger in the war…And people began to help the Muslims.”[2]

If the oppression and injustice exhibited by the Byzantines was the norm for ruling powers, then why did the Muslims not act in the same way? As with all matters in life, Muslims are bound to act according to the code of conduct laid out in the Qur’ān, and war is no exception. If Muslims happen to be at war, then even when they might be facing severe opposition, they must be righteous. They are prohibited from extreme action: “Fight in God’s cause against those who fight you, but do not overstep the limits: God does not love those who overstep the limits.”[3]

For example, Muslims are not allowed to harm innocent men, women and children. This can be seen in the instructions given to the Muslim army by their leader Abū Bakr, the first successor of Prophet Muḥammad (peace and blessings be upon him):

I advise you ten things: Do not kill women or children or an aged, infirm person. Do not cut down fruit-bearing trees. Do not destroy an inhabited place. Do not slaughter sheep or camels except for food. Do not burn bees and do not scatter them. Do not steal from the booty, and do not be cowardly.[4]

The Qur’ān also instructs Muslims with regard to those non-Muslims who do not fight them: “God does not forbid you to deal kindly and justly with anyone who has not fought you for your faith or driven you out of your homes: God loves the just.”[5]

Muslims are not supposed to fight anyone who desires peace and co-existence. Alfred J. Butler, whose work on the Arab Conquest of Egypt is to this day an authoritative reference point, studied the relevant chronicles and made many profound statements pertaining to the Islamic leadership’s tolerance and protection of the Christian population in Egypt:

After all that the Copts had suffered at the hands of the Romans and the Patriarch Cyrus, it would not have been unnatural if they had desired to retaliate upon the Melkites [the Romans]. But any such design, if they cherished it, was sternly discountenanced by ‘Amr, [the Muslim conqueror of Egypt] whose government was wisely tolerant but perfectly impartial between the two forms of religion. Many facts might be cited in proof of this contention…two forms of Christianity must be imagined as subsisting side by side under the equal protection of the conquerors.[6]

This is exactly what had occurred in Syria as we saw in the previous section. The Syrians preferred the rule of the Muslims, just as the Egyptians did. It was the justice of Islām that appealed to both populations. Moreover the Coptics not only welcomed the Muslims, they facilitated the conquest by joining the ranks of the conquerors.

Muslims landed in Spain in 711 CE. Many sources testify that they were welcomed by the population, as their reputation preceded them. This was, again, due to the severe persecution certain communities were facing. Under the Catholic Church’s rule, the Jewish community, in particular, was severely oppressed. The Catholic hierarchy in Spain held many councils to solve political and religious disputes. In these councils, severe edicts were issued against the Jews of Spain. One of the clauses in the text of the proceedings of the Fourth Council of Toledo (633 CE) states:

We decree that the sons and daughters of the Jews should be separated from the company of their parents in order that they should not become further entangled in their deviation, and entrusted either to monasteries or to Christian, God fearing men and women, in order that they should learn from their way of life to venerate the faith and, educated on better things, progress in their morals as well as their faith.[7]

Hence, the children of the Jews were to be forcefully converted to Catholicism. Jews were not the only ones facing tyranny but they were easy targets: they were a minority with a different way of life distinct from their Christian persecutors. So, when the Muslims arrived, Jews were the first people to greet them as saviours. Zion Zohar, a Jewish American historian, confirms the appreciation that Jews felt for the Muslim arrival: “Thus, when Muslims crossed the straits of Gibraltar from North Africa in 711 CE and invaded the Iberian Peninsula, Jews welcomed them as liberators from Christian Persecution.”[8]

This was the beginning of the Golden Age as far as the Jews were concerned. The behaviour of the Muslims in Spain was no different to their conduct in Syria and Egypt. They facilitated freedom for non-Muslims including Jews and Christians to practise their faith and run their own affairs. This was a long awaited opportunity for the Jews to flourish and make progress. Prior to the Muslim arrival, the Jews could not imagine having religious freedom. They were facing extinction at the hands of the Catholic Church. Zion Zohar summarised the benefits Jews reaped from the Muslim protection as follows:

Born during this era of Islamic rule, the famous Golden Age of Spanish Jewry (circa 900-1200) produced such luminaries as: statesman and diplomat Hasdai ibn Shaprut, vizier and army commander Shmuel ha-Nagid, poet-philosophers Solomon Ibn Gabriol and Judah Halevi, and at the apex of them all, Moses Ben Maimon, also known among the Spaniards as Maimonides.[9]

It was in these favourable circumstances that the Spanish Jews came under the rule of Mahometans [Muslims], as whose allies they esteemed themselves the equals of their co-religionists in Babylonia and Persia. They were kindly treated, obtained religious liberty, of which they had so long been deprived, were permitted to exercise jurisdiction over their co-religionists, and were only obliged, like the conquered Christians, to pay poll tax…[10]

Thus the Islamic rule proved to be one of the best things in the history of Judaism. The Spanish Jews reached such a high level of learning and progress that they could now claim to be world leaders of Judaism. The Jews were certainly saved from extinction by the Muslim conquest of Spain. For the first time the three Abrahamic faiths were able to co-exist alongside one another in peace and harmony. Maria Rosa Menocal, one of the authorities on medieval European literature, authored the book Ornament of the World to pay her respect to the peaceful co-existence between three Abrahamic faiths in medieval Spain. Sadly, the ornament of medieval Spain was destroyed after the departure of the Muslims, as Spanish historian Ulick Burke puts it painfully:

The institutions that had flourished under the Moslem, died when the Moslem departed; and after four centuries of light and learning, Andalusia fell back, under the Christian rule, into a condition of ignorance and barbarism, nearly, if not quite, equal to that of the north western provinces of the peninsula.[11]

This culminated with the Spanish Expulsion of 1492, an edict issued by Catholic Monarchs of Spain ordering the expulsion of Jews from the lands. This was not uncommon as between the 13th and 16th centuries European countries expelled the Jews from their territory on at least 15 occasions.

It is abundantly clear from the evidence above that the Muslim conquest of Spain initiated one of the brightest periods in the history of man. The darkness of oppression and injustice reigned over Spain prior to the Muslim arrival. It was the mercy of Islām that liberated the Jewish population. The Muslims’ behaviour was not accidental; the previous examples of Syria and Egypt serve to demonstrate the consistency of their conduct in different lands, in different times. Thus the laws of the Qur’ān are a form of God’s mercy, which is shown to Muslim and non-Muslim alike, when they are implemented as intended by God, in accordance with the teachings of Prophet Muḥammad (peace and blessings be upon him):

One of the core references for this article was research done by historian Adnan Rashid in his book, “Islam’s War on Terror,” published by the Hittin Institute. It can be accessed as a PDF here.