The Modern World’s Debt to Islam 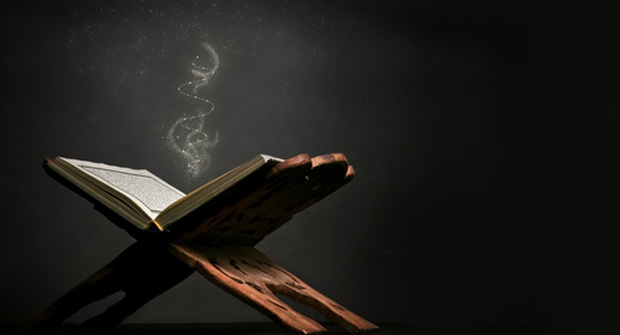 The Modern World’s Debt to Islām

Part 1: Out of Darkness Into Light

Part 2: How the Justice of Islām Saved Jews & Christians

Before the coming of Islām, the world was in a state of oppression and injustice. Pre-Islamic Arabia was a dreadful place to live in. Among the Arabs was widespread immorality. Slavery was an economic institution. Male and female slaves were bought and sold like animals. They were the most depressed class of the Arabian society. Illiteracy was common among the Arabs, as were alcoholism and adultery. Those with power and money took advantage of the poor by charging 100 per cent interest on loans. Arabia was a male-dominated society. Men could marry any number of women. When a man died, his son “inherited” all his wives except his own mother. Women had virtually no legal status. They had no right to possess property and had little to no inheritance rights. Female infanticide was widely practiced: daughters were often buried alive. One can appreciate why this period of Arab history before the dawn of Islām is known as the period of Jāhiliya (ignorance).

Can you imagine being tasked with reforming such a society? Have a think about how long it would take one person to cure all these social ills. A lifetime? Perhaps several generations? You may even view it as an impossible task. Just to give you an idea of the scale of the challenge, let us look at an attempt in recent Western history to eradicate just one of these social ills: alcoholism. In 1920 the United States government passed a nationwide law to ban the sale, production, importation, and transportation of alcoholic beverages for moral and medical reasons. This era is commonly known as the Prohibition.

Although the consumption of alcohol fell at the beginning of the Prohibition, it subsequently increased and led to other problems such as corruption and organised crime. The law was repealed in 1933. The failure of one of the most powerful governments in the world to tackle just a single social ill should make us reflect on the Qur’ān. The Qur’ān managed to completely reform not only alcoholism, but all the social ills of Arabian society in a single generation. It took just 23 years! This was a revolution the likes of which the world has never witnessed.

Now perhaps you might be thinking to yourself, these social ills of Arabia were a result of the tribal nature of society and the harsh desert environment the Arabs dwelt in. But the fact is that even the superpowers of the world at the time, the Byzantine and Persian Empires were unjust and oppressive societies. Pope Gregory I, head of the Catholic Church and a contemporary of Prophet Muhammad (peace be upon him), said:

What is there now, I ask, of delight in this world? Everywhere we observe strife; fields are depopulated, the land has returned to solitude…And yet the blows of Divine justice have no end, because among the blows those guilty of evil acts are not corrected.[1]

Pope Gregory was referring to the oppression and tyranny he was facing at the hands of the Germanic Lombards. He was bemoaning the pitiful condition of his world, the city of Rome. The Pope was not alone in his grief. Almost every society in the world was experiencing some oppression and injustice. Syrian Orthodox Christians were witnessing heavy persecution due to their differences with the ruling Byzantine Church. The Egyptian Coptic Church was also under the persecution of the Byzantines. Jews were on the brink of extinction at the hands of the Catholic Church in Spain.

It was against this backdrop that the Qur’ān was revealed, transforming not only Arabia but also the rest of world. One of the reasons for the revelation of the Qur’ān was to bring mankind out of this corrupt state. The Qur’ān proclaimed loud and clear:

[This is] a Book which We have revealed to you [O Muhammad], that you might bring mankind out of the darknesses into the light by permission of their Lord – to the path of the Exalted in Might, the Praiseworthy.[2]

Peace and justice was not only delivered to the Arabs, but the whole world reaped the fruits of this blessing from God. As we will see, the peace and justice emanating from the Islamic system produced some of the most civilised societies in the history of mankind.

How the Qur’ān brought justice to the world

Just how did the Qur’ān and early Muslims go about reforming society? This is the testimony of Ja’far b. Abī Tālib, who was a contemporary of Prophet Muhammad (peace and blessings be upon him). Here he informed the king of Abyssinia about the condition of his people and the positive change Islām had brought for them:

O King, we were an uncivilised people, worshipping idols, eating corpses, committing abominations, breaking natural ties, treating guests badly, and our strong devoured our weak. Thus we were until God sent us an apostle whose lineage, truth, trustworthiness, and clemency we know. He summoned us to acknowledge God’s unity and to worship Him and to renounce the stones and images which we and our fathers formerly worshipped. He commanded us to speak the truth, be faithful to our engagements, mindful of the ties of kinship and kindly hospitality, and to refrain from crimes and bloodshed. He forbade us to commit abominations and to speak lies, and to devour the property of orphans, to vilify chaste women. He commanded us to worship God alone and not associate anything with Him, and he gave us orders about prayer, almsgiving, and fasting. We confessed his truth and believed in him, and we followed him in what he had brought from God, and we worshipped God without associating aught with Him.[3]

The people of Arabia were transformed within a few years and they became the torch bearers of a new civilisation in the world, a civilisation that would change the course of human history forever. The Prophet Mohammad (peace and blessings be upon him) and his followers liberated not only their own people from tyranny but helped to free their neighbours. The Qur’ān stipulated that Muslims must help the oppressed, regardless of whom, and where, they are:

The Muslims were thus charged to help the oppressed people of the world. History testifies to the fact that the early Muslims rescued the populations of many regions from a reign of tyranny. Let us take a look at just one.

Syria rescued from the Byzantine Empire

Following the death of Prophet Muhammad (peace and blessings be upon him), in the reign of the second Caliph, Umar b. al-Khattāb, the Muslim armies began liberating the people of Syria from the Byzantines (Eastern Roman Empire). The Christians of Syria were divided into many different denominations, such as Monophysites, Jacobites and Nestorians. Almost all of them were facing severe persecution at the hands of the ruling Byzantine Church. Dionysius of Tel-Mahre, a Jacobite patriarch from 818 to 845 CE, stated in his chronicle that the Byzantine Emperor Heraclius sent an army to expel the Muslims out of Syria and recapture the land. The Muslim forces decided to withdraw from Syrian cities in order to fight an open pitch battle with the Byzantines. Whilst pulling back, the Muslims decided, out of fairness, to refund the money which they had taken as a tribute from the Syrian Christians:

Abū ‘Ubaydah, whom Umar had put in command of the Arabs, ordered Habīb b. Maslama to return to the Emesenes the tribute which he had exacted from them with this message: “We are both bound by our mutual oaths. Now we are going to do battle with the Romans. If we return, this tribute is ours; but if we are defeated and do not return, we are absolved of our oaths.”[5]

This was an unprecedented demonstration of honesty and justice. The non-Muslims paid a tax to the Islamic state so that their lives, religion and property were protected under the rule of the Muslims. However in this case the Muslims knew that they might be unable to protect the Christians of Syria due to an imminent attack by Heraclius. Therefore it was not fair to keep the money if they could not protect the masses. Also, one must note that this was taking place in seventh century Syria where plunder, robbery and injustice were a common occurrence. The Syrians were shocked by the Muslims’ merciful conduct.

Another point worth mentioning is that this incident is narrated by a ninth century Christian source, which testifies that the Muslims did not abuse power and they did not betray the trust that the Christians had bestowed upon them. Why did the Muslims return such big sums to the Christians? Why did they not keep this wealth when they needed it the most, as they were facing a much larger army than themselves? The response to all these perplexing questions is that these Muslims obeyed God and followed His injunctions in the Qur’ān:

“God commands you [people] to return things entrusted to you to their rightful owners, and, if you judge between people, to do so with justice: God’s instructions to you are excellent, for He hears and sees everything.”[6]

The Christians of Syria preferred the Muslim rule over the oppressive Byzantines, as the Muslims had brought justice and good governance. Moreover after the Muslims defeated the Byzantine army and returned to Syria, they were welcomed back as heroes. Dionysius confirms this:

So the Arabs left Damascus and pitched camp by the river Yarmuk. As the Romans marched towards the Arab camp every city and village on their way which had surrendered to the Arabs shouted threats at them. As for crimes the Romans committed on their passage, they are unspeakable, and their unseemliness ought not even to be brought to mind…The Arabs returned, elated with their great victory, to Damascus; and the Damascenes greeted them outside the city and welcomed them joyfully in, and all treaties and assurances were reaffirmed.[7]

And that was only the beginning…

One cannot imagine the conquered welcoming the conqueror “joyfully”. Yet it happened in Syria once upon a time, and was not a rare occurrence in Islām’s history. In future articles in this series, we will see other “conquered’ peoples reacting in a similar manner—even from their own historical sources—to the peace, security and civilization that the Light of Islām brought them and their future generations. We will delve further into the modern world’s immeasurable debt to Islām including the civilizing and Enlightenment of European thought, up to even the creation of the very device you are reading this on now…