How the Prophet ﷺ made leaders out of broken people 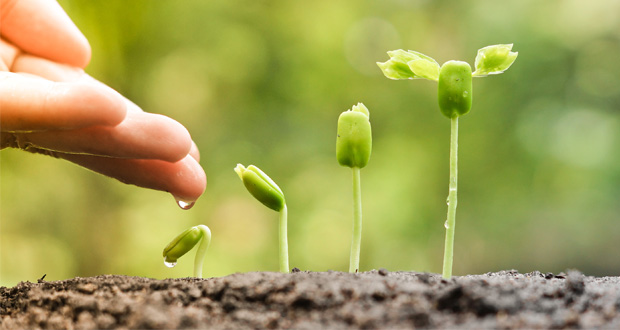 When Muḥammad (sall Allāhu ʿalayhi wa sallam) became the last Prophet, most of the people amongst him were crippled and subdued due to the situation of the time. But it is these people that went on to become giants of his ummah and spread the message of Islām to parts of the world; spreading over the Arabian Peninsula and reaching as far as China. But how did the Prophet (sall Allāhu ʿalayhi wa sallam) instil this belief and responsibility into broken people who would go on to become frontrunners in the limited time of 23 years?

The Prophet (sall Allāhu ʿalayhi wa sallam) was not generally followed by the elite of society in the early days of his prophethood. Many of the early believers were considered the modern day equivalents of the “untouchables”; the peasants and slaves of Makkah. Let us consider Bilāl (raḍiy Allāhu ʿanhu) in one of the most symbolic images from the 8th year after hijrah; when the Prophet (sall Allāhu ʿalayhi wa sallam) returned to Makkah as a conqueror, 8 years after being expelled, with 10,000 marching companions behind him. When Bilāl entered the holy city, he separated from the crowd and began to climb the Ka’bah. Once he had reached the top, he stood with the Ka’bah at his feet and loudly called out the adhān.

This event in itself marked an incredible transformation for Bilāl (raḍiy Allāhu ʿanhu), while the inhabitants of Makkah who were in their homes watched. “Their” Ka’bah; a political and status symbol for the Arabs, now had a freed black slave standing at its summit. When the Quraish saw this, they said “Alḥamdulillāh, our fathers have passed away before they saw a black person on top of the Ka’bah.” The diseases of some of the people of Makkah were as evident as before.

These were the attitudes towards a man who did not have a tribe, was not of an accepted skin tone and who spoke in a different accent. One can imagine how such judgement and treatment would create great insecurity within those on the receiving end. This was a city that made Bilāl (raḍiy Allāhu ʿanhu) believe he was worth nothing. But the Prophet (sall Allāhu ʿalayhi wa sallam) was special in that he could accelerate a person’s confidence and develop a true feeling of self-worth, even when they had been conditioned to believe they were worthless. How did he make this man, among many others, an example of strength, power and confidence?

Unfortunately, we are an ummah that is insecure; an ummah that lacks confidence; and an ummah that questions our place within society. Racism and discrimination are rampant amongst the Muslim community let alone the wider demographic. Ethnicity, colour, language and physical or mental disability are just some reasons a person is belittled in the modern world. Yet, for each one of these examples, a story can be plucked from the time of the Prophet (sall Allāhu ʿalayhi wa sallam) and his speech and actions can be used to refute those who fixate on these issues and build grudges between people today.

One of the Prophet’s wives, Safiyyah (raḍiy Allāhu ʿanhā) was of Jewish origin and when tensions would arise amongst the wives, they would call out to her by the term ‘O Jewess’, which obviously put her in a position of discomfort. When she told the Prophet (sall Allāhu ʿalayhi wa sallam) that his wives were calling her by this title, he equipped her with logic by saying to her:

“You are certainly the daughter of a Prophet Harūn, and certainly your uncle was Prophet Mūsā, and your husband is Muḥammad (sall Allāhu ʿalayhi wa sallam).”

Honour after honour; the Prophet (sall Allāhu ʿalayhi wa sallam) issued people with fortitude and kept them in high spirits.

Another area is disabilities – be it physical or mental; the limited functions that a person has or even the way they look is often a cause for denigration. There was a woman at the time of the Prophet (sall Allāhu ʿalayhi wa sallam) who suffered from epilepsy and she asked the Prophet (sall Allāhu ʿalayhi wa sallam) to make du’ā that her seizures stopped. He replied

“If you wish, be patient and you will have Paradise; and if you wish, I will invoke Allāh to cure you.”

As expected, she chose to be patient, but as she could not control herself and in turn her clothes when she would have these seizures, some of her body would become uncovered; so she asked that Allāh did not allow her body to become uncovered, which the Prophet (sall Allāhu ʿalayhi wa sallam) supplicated for instead.[1]

ʿAbdullāh b. Masʿūd (raḍiy Allāhu ʿanhu) was a shepherd by trade, and someone who followed the Prophet (sall Allāhu ʿalayhi wa sallam) not just figuratively, but literally too. He was known to be very short and very skinny, such that it was said that when he was standing up, he was the same height as ʿUmar (raḍiy Allāhu ʿanhu) sitting down. When some of the sahābah saw his legs, they laughed at how skinny they were. If we apply this to our times, we laugh at and mock people for a variety of reasons – including height, weight, shape, etc. The problem with this is we do not know where people’s insecurities lie and in our mocking we could be incurring significant harm. To support ʿAbdullāh, the Prophet (sall Allāhu ʿalayhi wa sallam) replied,

“What are you laughing at? By the One in Whose Hand is my soul! His legs will be heavier on the Day of Judgement than Mount Uḥud!”[2]

Today he is known as one of the greatest scholars of the Qur’ān. This was part of the Prophet’s genius in that he would take the exact cause of the insecurity itself and he would transform it into being a source of confidence – a key quality needed for leadership.

Finally, people are belittled for their social and economic status. Many times we look down on people without an education or who have jobs that we consider “low”. Let us consider Zāhir b. Aslam; a Bedouin and an uncivilised desert roamer. The Prophet (sall Allāhu ʿalayhi wa sallam) said about him,

“Zāhir is our man of the desert, and we are his people of the city.”

Zāhir would come into Madīnah and would buy and sell products. One day the Prophet (sall Allāhu ʿalayhi wa sallam) came to him while he was selling his merchandise, and caught him from behind while Zāhir could not see him and the Prophet shouted in a joking manner “Who would like to buy this slave from me?” Zāhir tried to wriggle free until he realised it was the Prophet, and then he leaned back into the Prophet’s chest and he said to him “By Allāh you will find me to be a poor sell.” The modern day equivalent to ‘I’m not worth it’. How many people have said a statement like this? This is something all too common nowadays. Belittlement of others is so common that people have started to adopt the mentality of belittling themselves. However in response to Zāhir, the Prophet (sall Allāhu ʿalayhi wa sallam) said “But to Allāh, you are very valuable.”[3] He comforted a man who felt worthless. He raised his self-confidence and his self-worth; this was the constant prophetic habit.

The Prophet (sall Allāhu ʿalayhi wa sallam) often gave teenage companions significant responsibility, firstly by developing strong confidence. Usāma b. Zayd led an army against the Byzantines at the age of 17. A 19-year-old, Rabī b. ʿĀmir was sent as an ambassador of the Muslims to the empires of Persia, the superpower of the world, and it was there he made a mission statement that would be remembered for centuries after:

Clearly, this quality is important to embody but how is it related to leadership? A good leader has to have the ability to empower others because they understand that a person who feels appreciated will always do more than what is expected. True leaders do not create followers, they create more leaders. The Prophet (sall Allāhu ʿalayhi wa sallam) only made others better as a result of his presence, but his uniqueness meant that he made sure that his impact lasted even in his absence.

The take home point of this article is to look at people; your friends and your acquaintances with a completely different lens. Become very sensitive. Look at the scenarios above and compare them to the 21st century and look at how the Prophet (sall Allāhu ʿalayhi wa sallam) dealt with each one in the best of ways. Moreover, his words were those of positivity and optimism, whereas ours are often of negativity and pessimism. Don’t insult people, and if it’s part of your everyday language then change it. The sahābah changed so much of their culture and behaviour. Aim to become someone that, by merely being present, people would cease to insult and belittle others, and if you really want to become like the prophets, replace those insults with positive traits you praise people for. Allāh said “O people, do not mock people from another group as they may be better than you, and do not insult each other with nicknames.”[4] One of the qualities of a Muslim is that they do not oppress another Muslim. They do not surrender each other and they do not belittle each other.

When people have never seen something happen, they become cautious of not being the first person to initiate it. We should be careful not to let our words open the door for others to start to mock or insult anyone else. Communicate with people in a way that inspires them to achieve and reach the pinnacle of their talents. Negativity and bad language naturally comes with risk. We may make jokes or a sarcastic remark to someone, but we do not truly know how they are going to take it, even if they laugh with us.

Let us not be envious. Let us seek to remove this disease from our hearts; recognise that rizq is something decided and decreed long before we entered into this earthly abode. When the heart whispers, encouraging envy; say no. Do not wish for others to have less but rather ask Allāh to increase their share.

The Prophet (sall Allāhu ʿalayhi wa sallam) did not try to raise broken individuals; he was a man that had a mission and he needed his companions running at full capacity to enable him to spread the Message of Islām. He (sall Allāhu ʿalayhi wa sallam) was infusing them with confidence so that they could go on and take on the world. He made them confident in their skin, confident in their abilities, and confident in their talent – this was critical to achieving what he did in his 23 years of prophethood. He did not create perfection in everyone he met but he did the best he could. In our society we tend to disregard those who we perceive to be limited in some respect or another. The character of the Prophet (sall Allāhu ʿalayhi wa sallam) shows us the opposite. He was optimistic – a quality that he instilled in everyone he met.

Also read: In Pursuit of Optimism

May Allāh make us a source of strength and inspiration for this ummah, not of weakness and belittlement.

Based on a lecture by Ustadh Ammar Al Shukry