In Pursuit of Optimism 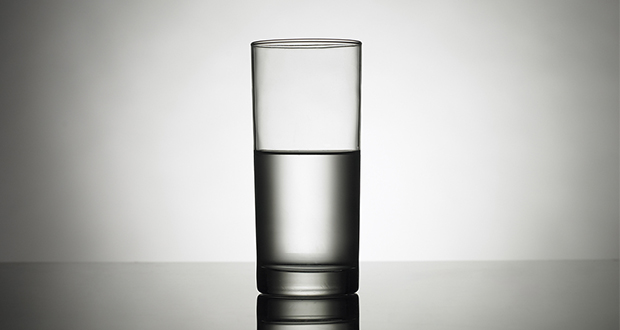 In Pursuit of Optimism – Part 1

When one studies the traits which the prophets and messengers possessed, he finds that they were given characteristics which enabled them to lead, inspire others and guide. They were given characteristics which enabled them to plant the seeds of Islām in the hearts of nations, making Muslims the exporters of good, as opposed to consumers, and enabling them and their followers to lead rather than to be led. There were traits Allāh endowed to the personality of every prophet and messenger, for He knew that these are necessary for a prophet who has set out to reform individuals and nations and bring about tremendous change.

It is one of these essential traits which we will outline today, one which our Prophet (sall Allāhu ʿalayhi wa sallam) loved passionately and would keep at the forefront of his vision in every one of his matters. It comes without surprise that our beloved Prophet Muḥammad (sall Allāhu ʿalayhi wa sallam), the greatest man to walk the face of the earth, was the embodiment of this excellent trait. He was known to approach each and every matter with optimism. Whether he was at home or on a journey, during times of ease or hardship, amidst moments of safety or fear, whilst being in a state of anger or pleasure he was known to espouse an exceptional degree of optimism.

The Prophet would also remind his companions of this characteristic and would encourage them to always maintain genuine hope in Allāh and adopt a positive outlook on everything in life. The noble trait of optimism, when held by the Muslim amounts to nothing short of contentment with the decree of Allāh and suspecting good of Him.

When we seek out examples of great feats of optimism that have been enshrined in our tradition we will not get far before halting at the story of Prophet Mūsā (ʿalayhi al-Salām). The Prophet of Allāh Mūsā (ʿalayhi al-Salām) finds himself standing at the edge of the sea with the Muslims who followed him, escaping the Pharaoh and his army. Behind them a formidable ‘charged up’ army and ahead of them is a seemingly never-ending ocean.

During this pivotal moment, the Children of Israel lost all hope saying: “Verily, they are going to reach us.”[2] Now, we know how the story ends, but put yourself in the shoes of the believers at that very moment and ask, is there anything to be optimistic about? But we find that the Prophet of Allāh Mūsā who had been endowed with optimism responded to their desperate cries saying:

“No! Verily Allāh is with us, He will most certainly guide us.”[3]

Although he cannot see or even perceive a logical solution, he knows and believes in Allāh the most high and suspects good of Him! The fruit of this optimism was that Allāh inspired him to strike at the ocean with his stick and he does just that and Lo and behold:

“And it parted, and each separate part became like a huge, firm mass of a mountain.”[4]

At this point you may be wondering, and rightly so, about a story which epitomizes human trials and perseverance. This is none other than the story of Prophets Yaʿqūb and Yūsuf (ʿalayhimā al-Salām). A story of great sadness and sorrow but equally matched with tremendous patience and optimism, a story from which we take away innumerable lessons.

So let us turn to the divine words of Allāh as he narrates to us the great trial the Prophet Yaʿqūb faced, having lost his most beloved son Yūsuf and then his brother.

At the very moment the sad news reached him, he responded by saying:

“O my sons! Go you and enquire about Yūsuf (Joseph) and his brother, and never give up hope of Allāh’s Mercy. Certainly no one despairs of Allāh’s Mercy, except the people who disbelieve.”[6]

From the great teachings of our beloved Prophet we also learn that from the wombs of adversity, prosperity is born; victory comes with patience, and difficulty is followed with ease. And not just stopping there, the Prophet also warned his companions of being anything other than optimistic.

We also learn that in the most traumatic and harrowing of moments, this was the attitude of the messenger of Allāh (sall Allāhu ʿalayhi wa sallam). In his life we find examples of optimism that history has not seen the like of before or after his time.

In the battle of Al-Ahzāb (The confederates), the Muslims found themselves in an unprecedented siege. On one side stood the pagans in huge numbers, in fact 10,000 strong, an army which was probably bigger than the entire population of Madīna. And on the other side you have the tribe of Bani Quraitha who broke the peace treaty with the Muslims and decided to let the pagans into Madīna from the quarter of the city, an action that could have marked the end of the Muslim presence in Madīna.

“When they came upon you from above you and from below you, and when the eyes grew wild and the hearts reached to the throats, and you were harbouring doubts about Allāh. There, the believers were tried and shaken with a mighty shaking.”[7]

Given the seemingly calamitous circumstance the Muslims found themselves in, Allāh then describes to us how the believers and hypocrites reacted. As you read the descriptions ask yourself: when faced with tests and trials on a personal level or as part of the larger Ummah, which of the two descriptions fit me best?

As for the hypocrites, Allāh says:

“And when the hypocrites and those in whose hearts is a disease (of doubt) said: “Allāh and His Messenger promised us nothing but delusion!”[9]

With all odds stacked against the Muslims, the hypocrites suspected that this was it for Islām! As for the Prophet, the leader of all optimists, he was informed of a huge rock within the trench that the Muslims were digging to prevent the coalition from entering the city, a rock that the companions were not able to break. So he enters the trench, picks up the axe and says:

Please carefully consider these words. These are the words of a leader! Despite the looming siege, the small size of the Muslim army, the blistering cold, the darkness of the night, and the rebellion of the Bani Quraithah, our beloved Prophet remained optimistic and hopeful! At such a time of desperation and despondence for others, the Prophet uttered such words of hope and optimism raising the spirits of the believers with the prophecy that the empires of the world will fall at the doorstep of Islām. Although it was inconceivable to some at that time, these prophesies all came to pass soon after the demise of our beloved Prophet (sall Allāhu ʿalayhi wa sallam). This is how a Muslim should be, one who always suspects good of Allāh!

So when the world caves in on you, the ends fail to meet and the tests hail after each other, just before despairing, revisit the life of the Prophet (sall Allāhu ʿalayhi wa sallam). His father died before he could meet him, his mother would die in front of him when he was six, his grandfather would pass away two years later, he would witness the death of all of his children with the exception of one, he would witness the death of his beloved wife, Khadīja (raḍiy Allāhu ʿanha), he would kiss his grandchildren whilst knowing that they would be slain, he would see the corpses of his companions having carpeted the battle field, he was hit with iron across his radiant face, his ankles haemorrhaged after stones were hurled at him, he was the subject of black magic, he and his companions were starved within a valley for three full years, he was accused with regards to his mind, his honour, his wife, his intellect, the intestines of animals were placed on his neck as he prostrated, before he died, he prayed sat down due to the years of bashing that his exhausted body had received. And yet, despite all of this, the Prophet (sall Allāhu ʿalayhi wa sallam) would say:

What a leader you were, O messenger of Allāh (sall Allāhu ʿalayhi wa sallam).