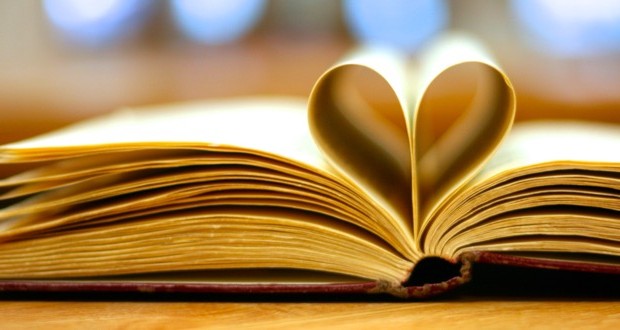 Whoever suffices with knowledge of the Qurʾān and Sunnah, confining himself to what is reported from the Companions and Successors (in matters of the religion), makes his intention sincere – seeking Allāh’s face – and turns to Him for help, He will aid him, guide him, grant him divine accord, make him firm, grant him understanding, and inspire him. Now this knowledge will sprout its special fruit: the fear of Allāh, just as He, Mighty and Magnificent, says, “It is only the learned amongst His servants who truly fear Allāh.”[1]

Ibn Masʿūd and others said, ‘It is sufficient knowledge for a person to fear Allāh, and it is sufficient ignorance for him to be deceived about Allāh.’[2] Some of the Salaf said, ‘Knowledge is not narrating a lot but knowledge is the fear of Allāh.’[3] Others said, ‘Whoever fears Allāh is the scholar and whoever disobeys him is the ignoramus.’[4] There are many quotes from them carrying this meaning.

When knowledge sprouts these fruits, it is beneficial knowledge. When knowledge is beneficial and takes root in the heart, the heart fears Allāh, submits to Him, and humbles itself in awe, glorification, fear, love and veneration. When this happens, the soul is content with the most modest lawful worldly provisions; this in turn leads it to turn away from the allures of this world. There no longer remains any property, status or surplus effects that are looked at wantonly by such a person. This then removes a major cause for the decrease of his portion of the bliss of the Hereafter. Words to this effect have been reported from ibn ʿUmar and others as well as from the Prophet (sallAllāhu ʿalayhī wa sallam).

When all of this happens, a special relationship between Allāh and the servant is engendered. If he asks, He grants, and if he supplicates, He answers as is mentioned in the ḥadīth qudsī, “…my servant continues to draw closer to Me by performing the optional deeds until I love him. When I love him, I am his hearing by which he hears, his sight by which he sees, his hand with which he strikes, and his leg with which he walks. Were he to ask of Me, I would grant him, and were he to take refuge with Me, I would grant him refuge,”[5] and in another narration, “Were he to supplicate to Me, I would respond.”[6]

The goal of the servant is that there be a special relationship between himself and His Lord in his heart. A relationship where he finds Him close all the time and takes comfort with Him in times of solitude. He finds pleasure in remembering Him, supplicating to Him, privately discoursing with Him and serving Him. No one would experience this except a person who obeys Him in open and in secret. Wuhayb b. al-Ward was asked, ‘Can someone who disobeys [Allāh] experience the sweetness of obedience?’ He replied, ‘No, and neither can someone who merely wants to disobey him.’[8]

When this actually exists, it can be said that the servant has gnosis of his Lord and a special relationship develops between the two so that when he asks, He grants, and when he supplicates, He answers. Shaʿwānah said to Fuḍayl when he asked her to supplicate for him, ‘Does there not exist between you and your Lord a relationship such that if you supplicate to Him, he answers you?’ and he fell unconscious.[9]

The servant faces hardship after hardship in this world, in the barzakh[10] and at the place of the final standing. When this special relationship exists between the servant and His Lord, Allāh will suffice him during all of this. This is what is alluded to in his (sallAllāhu ʿalayhī wa sallam) words to Ibn ʿAbbās, “Know Allāh in times of ease and He will know you in times of hardship.”

Maʿrūf was asked, ‘What is it that has roused in you the desire for seclusion?’ The questioner mentioned death, the grave, the place of the final standing, Paradise and Hell as possible causes. He replied, ‘All of this is in His hand, but when a relationship exists between you and Him, He suffices you during all of this.’

Beneficial knowledge is what engenders a gnosis between the servant and his Lord. It leads him to know Him, single Him out alone in belief and worship, take comfort in Him, develop a sense of shyness (ḥayāʾ) of Him, and worship Him as if he sees Him.

This is why a group of the Companions said, ‘The first knowledge to be raised from the people would by humility (khushūʿ).’[11] Ibn Masʿūd said, ‘There are people who recite the Qurʾān yet it does not descend beyond their throats; were it to reach the heart and take root therein, it is then that it would benefit.’[12]

The fundamental matter here is that the servant uses knowledge to engender a gnosis of his Lord. When this comes to fruition he will find Him close. When this happens, He will bring him close and answer his supplications. It is mentioned in a Judeo-Christian narration, ‘Son of Adam! Seek me and you will find Me, when you find Me you will find everything. However if you don’t find Me, you will have lost everything. I am more beloved to you than anything else.’

Dhū’l-Nūn used to repeat these verses by night,

The likes of what I have found.

I have found a place of rest wherein

He never falters in His love:

If I move away, He draws me close

The foundation of knowledge

Imām Aḥmad, may Allāh have mercy upon him, used to say about Maʿrūf, ‘He possesses the foundation of knowledge: the fear of Allāh.’ Therefore the foundation of knowledge is that knowledge which leads to fearing Him, loving Him, drawing close to Him, taking comfort with Him, and ardently desiring Him. Then this is followed by knowledge of the rulings of Allāh, all that He loves and is pleased with of statement, action, spiritual condition and belief. Whoever realises these two types of knowledge has found beneficial knowledge; he has attained beneficial knowledge, a fearful heart, a content soul, and a supplication that is answered.

Whoever does not attain this knowledge will fall into the four matters that the Prophet (sallAllāhu ʿalayhī wa sallam) sought refuge from and his knowledge will actually become a source of misery for him and a proof against him. He will not benefit by it because it did not make his heart fearful of his Lord, it did not satisfy the desires of the soul for this world, rather it only strengthened them, his supplication went unheard because he did not obey the commands of his Lord and avoid all that He hates. This provided that his knowledge is that knowledge from which benefit can be hoped, i.e. that knowledge derived from the Book and Sunnah. Whatever knowledge may be derived from any other source is not beneficial and there is no hope of deriving benefit through it, indeed its harm is greater than its benefit!

[4] Ibn ʿAbdu’l-Barr #1544 quotes the first half as a statement of ʿAṭāʾ with a ḍaʿīf isnād. However the meaning is established and quoted from a group of the Salaf as referenced in Suyūṭī, al-Durr al-Manthūr, vol. 5, p. 470.

[9] Abū Nuʿaym, vol. 8, p. 116 #11567, the narrative continues to quote Fuḍayl as saying, ‘Ennoble us with the nobility of obedience and do not humiliate us with the humiliation of disobedience.’

[10] Al-Barzakh, refers to a barrier placed between a person who has deceased and this worldly life. It is a way of referring to the first stages of the life of the Hereafter. A very good treatment of al-Barzakh and the issues related to it can be found in Muhammad al-Jibaly, ‘Life in al-Barzakh’ [Al-Kitaab & As-Sunnah publishing, 1998].