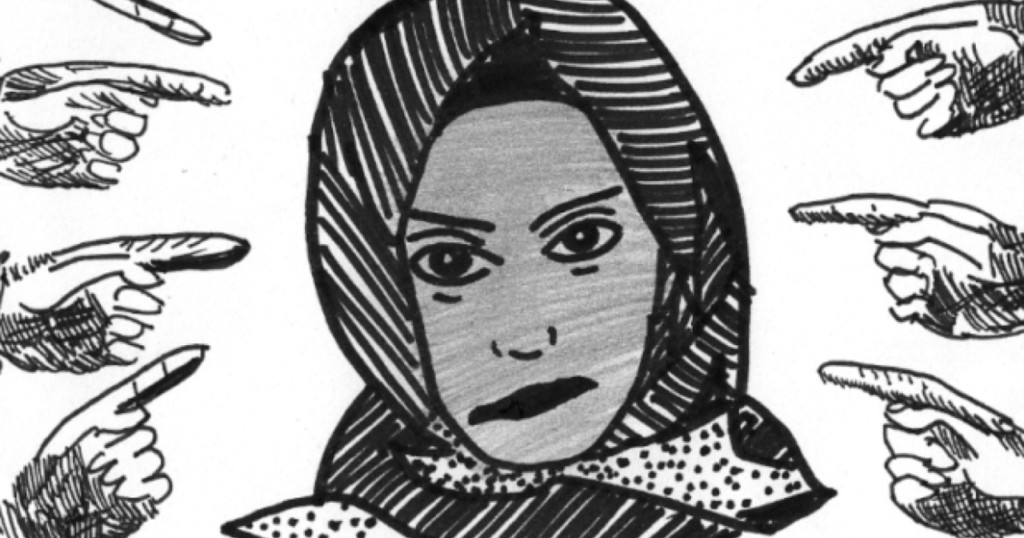 A unique malaise appears to be taking over Muslim twitter. As I scroll through my feed I am surprised by how many prominent British and American Twitter personalities, from across the Muslim spectrum, appear to be engaging in what seems to be the latest acceptable form of prejudice  –  against more orthodox factions of the Muslim community.

This prejudice has taken on the tortured form of an inverse dogma; the irony of ostensibly attacking a community for proselytizing, with the underlying sentiment of course being preachy in itself, is obviously lost on some. To object to a community you perceive as falsely appointing themselves as gatekeepers of the Islāmic community by trying yourself to define the terms of Islām is inherently paradoxical.

While I would ideally wish to avoid the messy world of Muslim semantics altogether, for practical reasons it is worth noting that they are most often lumped under the header of ‘salafi’. Informally ‘wallah bros’ or ‘akhs’, if you will.  Usual disclaimers apply. In practice this term is used to vilify a range of conservative groups and their beliefs and practices; it has become the acceptable face of anti-orthodox prejudice, and ultimately this has consequences for all Muslims.

It appears ‘Salafi’ has become a catch-all term for Muslims to speak derisively about other members of the community that they perceive to be ignorant or brutish in an attempt to prop themselves up. If we discredit the most vocal and prominent people that self-identify as part of this orthodox group—much in the same way that we are all, with great relief, in agreement that ‘ill Muslims’ are not representative of mainstream Muslims at large—then we are left with the ordinary members of the community. While these labels are usually unhelpful and more often than not misleading, one study estimates that 5% of the Muslims in the UK are ‘salafi’. [1]  And many more still will have the kind of visual signifiers, or personal beliefs, that might lead people to derisively classify them as ‘salafi’, ‘conservative’ or ‘orthodox’ Muslim. And what is so objectionable about what amounts to considerably more than 5% of the Muslim population?

They are of course characterised by intransigence. They are most likely to employ outward symbols of faith. Often they believe in gender codes and engage in gender segregation. They abstain from music, drugs and alcohol. They are least likely to be swayed by the latest trend in modest fashion. I think you get the picture. These qualities sound familiar because they are all elements of the faith that Muslims from all walks of life engage in on a daily basis, but, perhaps coalesced these qualities are more irksome. We all hold some elements of our faith dearer than others, but perhaps to consistently apply Islāmic values to our life is a step too far. Perhaps practicing them as a theological framework connected to God—i.e. a religion—rather than disparate acts camouflaged as cultural practice, dressed up in liberal terminology, makes us feel a little uncomfortable. Is this a legacy of the first wave of mass Muslim immigration to the UK from former British colonies, for whom religion was something to be practiced privately, at home? Has the model of Islām in the UK taken on this tone of religion as being something that should be practised outside of public view, behind closed doors—a dirty little secret?  Is this a perverse envy and have we as a community projected all the elements that we so gleefully shed onto a Muslim ‘other’ and are we now envious of that unabashed model of Islām?

Or does something else drive this ridicule?

If the conveyor belt theory linking religious conservatism to violent extremism is widely discredited by researchers of terrorism, and it is clear these groups are benign, then what is it we object to so fundamentally?[2] Is it the apparent lack of assimilation? Are these Muslims ruining our ‘street cred’? Is it making the ornate mask of liberal Islām that we have so carefully devised slip?

Like all forms of snobbery, the roots of this prejudice can be found in class. A perennial theme in most of the online condescension is language, hence the monikers.  Followers of more conservative sects are often portrayed mockingly with poor English language skills; a kind of outmoded, Ali G style satire. Like all forms of vilification, it reveals more about those who endeavour to fashion the image of the monster than those who are fashioned by it. This kind of shaming of people we believe to have a poorer grasp of English than us is simply no better than Imperialist playground bullying. By implication, we are also saying that English literacy is synonymous with religious literacy. This anglophone approach equates English with intellect rather than seeing English for what it is – simply a language, probably only one of the many that these ‘monsters’ speak.

Religion and class have a long and inextricable history. Secular humanism, since its inception, has been considered the preserve of the enlightened elite, while religion is denounced as the domain of the ignorant masses. Muslims know this as we as a community are constantly on the receiving end of this prejudice. Furthermore, Muslims in the UK continue to have the poorest outcomes of all religious groups in terms of health, education and housing.[3] So we know that the perceived inferiority of Muslims has its roots in our very real and material disadvantage.

What does this say, then, about us—a community that has apparently internalised the idea that Islām is synonymous with danger and barbarism. We are doing to our own community on a micro scale what is being done to the community on a macro scale. Depicting swathes of Muslims as an ignorant, grunting, sheep-like mass, rather than seeing them for what they are; individuals attempting to navigate the choppy waters of modern day while trying to do what’s right and abstain from what’s wrong.

We see many prominent Muslims from the more liberal end of the spectrum, who have managed to escape this handicap, use their advantage to cast doubt on more conservative factions of the community to gain acceptance and legitimacy. This is what led London Mayor Sadiq Khan to write an opinion piece to accompany the infamous ‘1 in 5 Muslims’ front page in The S*n during his Mayoral campaign. Unsurprisingly, many non-Muslims rightly went on to question the veracity of the poll which The S*n itself later admitted was “significantly misleading”. If you are pushing a narrative that even The S*n is trying to distance itself from, then clearly you’ve taken the play at conservatism a step too far.

And this is what is so dangerous about this trend of religious cannibalism that we are seeing, ultimately it legitimises the prejudice that those who are in positions of power and influence can then go on to exploit. It creates the kind of climate in public discourse which makes it acceptable to compare niqab wearing women to letter boxes. In tweeting blanket statements vilifying ‘Salafi husbands’ you are further reinforcing the kinds of stereotypes that deny Muslim wives agency. The political value of a member of the Muslim community calling into question harmless, everyday beliefs, values and practices of large numbers of Muslims cannot be overstated. In a political environment in which Islamophobia holds currency this has very real consequences for the community as a whole.

While legitimate debate regarding religious methodology is a healthy endeavour, and Islām has a proud history of this, it is not acceptable to fall back on lazy, classist, Imperialist stereotypes in order to scapegoat communities simply because their practices make you feel uncomfortable, or because you disagree with their views. Rather than encourage healthy debate and cohesion this undoubtedly stifles it and causes further divisions.

This trend also, rather worryingly, signifies that we have internalised the ‘creeping shariah’ narrative, and mistaken someone else’s religious assertion as an attack on our own personal freedom. This is why I believe this trend to be an inverse dogma – while more conservative factions of the community are often attacked because they are perceived to be self-righteous, judgemental or critical of more liberal practices, the truth of the matter is these communities are often being attacked by a barrage of liberal didactics. As a personal aside, at every stage of my own personal, religious evolution, I have been met with some form of hostility from within the Muslim community. When I or others around me have adopted practices that have some outward, visible manifestation, I’ve been told to ‘take it easy’, ‘relax’ in the theme of an 80s technopop song – ‘Islām isn’t that strict’. Choices that I have made, of my own accord, regarding my own life, are subject to scrutiny that they wouldn’t be if they were more consistent with liberal, secular tastes. By simply engaging in a practice myself, by default I am seen as casting judgement on others. This experience is reminiscent of my earlier working days, and the feeling of dread I would get when having to confess to the office the fact that I didn’t drink. This was invariably met with a chorus of knee-jerk, responses varying from ‘I only have one or two on the weekend’ to long and elaborate defences of the role of alcohol in society, completely unprovoked. Nobody cares, Matthew. My personal choices, much like that of the vast majority of conservative Muslims, are my own, there is very rarely the intention of establishing shariah in your living room.

The orthodox community deserves at least some celebration, as it is one of the few groups in the ummah that reflects the true diversity of Islām. As younger members of the Muslim community have found an identity in more purist interpretations of the religion, this has also erased artificial barriers erected by race and class that might exist in other factions of the Muslim community. This is something the wider ummah could and should learn from.

Before members of the ummah engage in this now popular trend of ‘Salafi bashing’, do think to yourselves. It is not enough that you met one Abdullah that asked you to roll up your trousers. It’s not even enough that someone tweeted at you not to post a selfie. If as Muslims we live by values that desist us from stereotyping, scapegoating, falsely vilifying, then we all must resist the urge to tweet blanket statements that paint whole communities with a broad, ugly brush. Yes they might be ‘uncool’, yes you may not want to be associated with such views or practices, yes, you may even want to be part of cool, nonchalant Muslim Twitter – but we must resist the ‘native informant’ trap, despite all the social benefits it might bring. And we must resist the urge to make underhand comments belittling people’s intellect in an attempt to flatter our own.

Ultimately, we are contributing to an environment which makes it so much harder to commit to our faith. Orthodox Muslims are inevitably on the sharp end of policy decisions and an increasingly hostile environment—be it through Ofsted’s rhetoric on Islamic schools or the growing intolerance towards the hijab—that will ultimately affect all of us. Ordinary Muslims have to endure the cacophony of abuse that emanates from outside, and now within the community. And that, I think we can all agree, is very un-Islāmic.

Mariya is a writer and illustrator from London, with a background in Policy and Research and Development in the voluntary sector. She has written and illustrated a children’s book titled The Best Dua which is available internationally. Mariya can be found on Instagram @muswellbooks