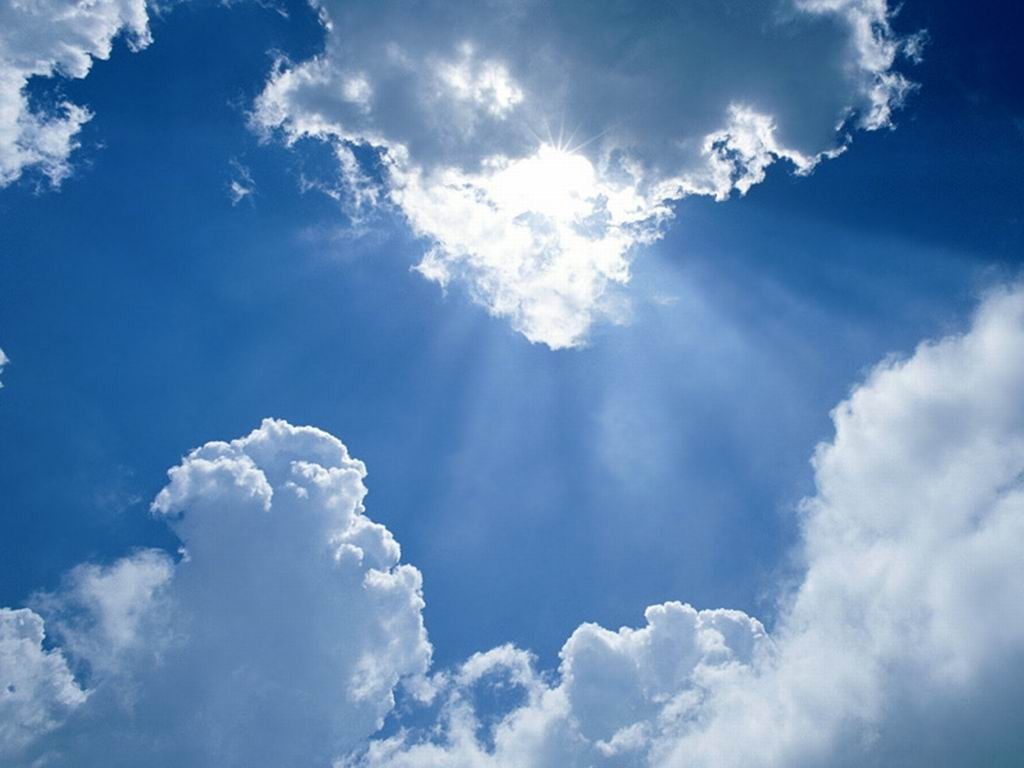 Glory be to Him who made his servant travel by night from al-Masjid al-Ḥaram to a-Masjid al-Aqṣā whose surroundings We have blessed, to show him some of Our signs. He alone is the All-Hearing, the all-Seeing. [al-Isrāʾ (17): 1]

And the Miʿrāj is referred to in Sūrah al-Najm when Allāh describes the Prophet’s meeting with Jibrīl (‘alayhi al-Salām):

[The angel] was on the highest horizon, and then approached – coming down until he was two bows lengths away or even closer – and revealed to His servant what He revealed. His heart did not distort what he saw. Are you going to dispute with him about what he saw? A second time he saw him, by the Lote Tree beyond which none may pass, near the Garden of Rest, when the tree was covered in nameless splendour. His eye never wavered nor was it too bold, and he saw some of the greatest signs of his Lord. [al-Najm (53): 7-18]

What follows is a description of the journey as recounted by the Messenger of Allāh (sall Allāhu ‘alayhi wa sallam).

Just over a year before the Hijra was to happen,[1] in the vale of Abū Ṭālib, while the Prophet (sall Allāhu ‘alayhi wa sallam) was sleeping in the house of his cousin, Umm Hāniʾ, the roof of the house was opened and an angel descended, taking him to al-Ḥaṭīm or al-Ḥijr of the Kaʿbah.[2] There, lying at rest in a state halfway between wakefulness and sleep,[3] between his uncle, Ḥamza and cousin, Jaʿfar who were already sleeping there,[4] he heard a voice saying, “That one, the one between the other two.” Jibrīl and some other angels came to him, fully waking him up[5] and carried him to the spring of Zamzam. There, Jibrīl cut open his chest from the bottom of the throat to just above the pubic area. He removed his heart and washed it in a gold tray filled with Zamzam water, then he brought a second gold tray full of faith, wisdom and knowledge, emptied it into his chest, and sealed it up.[6]

A long, white and handsome animal, the Burāq, was brought to him, smaller than a mule but larger than a donkey. One of its steps would take it to farthest point on the horizon or the farthest point its eyes could see.[7] It was already saddled and bridled but it bucked when Allāh’s Messenger came to mount him. Jibrīl remarked, “Why are you doing this?! Would you do this to Muḥammad?! By Allāh, never has anyone dearer to Allāh than him ever ridden you!”

Hearing this, the animal broke into a sweat and stood still, allowing the Prophet (sall Allāhu ‘alayhi wa sallam) to mount him,[8] and mount him he did, sitting behind Jibrīl on the beast.[9]

And so began his journey by night.

During this journey, he saw Mūsā (‘alayhi al-Salām), standing, praying in his grave[10] at a place of red sandhills.[11]

He arrived at Bait al-Maqdis in Jerusalem and tethered the animal to the ring used by the Prophets. [Another narration: Jibrīl went to the rock and pierced it with his finger, and then tethered al-Burāq to the hole he had hollowed out.[12]]

Entering the Mosque, he saw all the Prophets in various stages of prayer[13] and he himself prayed two cycles of prayer.[14]

After the prayer, Jibrīl said, “This is Mālik, the guardian of Hell, come to meet you, give your salām to him.” He (sall Allāhu ‘alayhi wa sallam) turned to do so, but Mālik got there before him and greeted him first.[16]

He then placed his feet on the area where the Prophets put their feet at Bayt al-Maqdis,[18] and taking hold of his hand, Jibrīl then guided him upwards, ascending to the heavens.[19]

When they arrived at the lowest, celestial heaven, Jibrīl, knocked on one of its gates[20] and asked the guardian of that heaven to open the gate so that they may enter. He asked, “Who is this?” He answered, “Jibrīl.” He asked, “Do you have anyone with you?” He replied, “Yes, Muḥammad.” He asked, “Has he been commissioned?” He replied, “Yes.”[21] The guardian then said, “Welcome! What an excellent visit this is!”[22] and all the inhabitants of the heaven rejoiced.[23]

Then they ascended to the second heaven and the same discussion ensued with its guardian, as it did at each of heavens they ascended to. Upon entering, he saw the two maternal cousins, ʿĪsā b. Maryam and Yaḥyā b. Zakariyyah (‘alayhima al-Salām). ʿĪsā he described as being a young, slender man, light skinned, curly haired, keen eyed and of medium build, looking as if he had just come out of a bath. He resembled ʿUrwah b. Masʿūd.[25] Jibrīl introduced them and asked him (sall Allāhu ‘alayhi wa sallam) to extend his salām to them. They replied and added, “Welcome to the righteous Prophet and our righteous brother!” and prayed for his good.[26]

In the fourth heaven, Jibrīl introduced him to Idrīs (‘alayhi al-Salām). The Prophet (sall Allāhu ‘alayhi wa sallam), upon being prompted, extended his salām to Idrīs who welcomed him saying, “Welcome to the righteous Prophet and my righteous brother!” and prayed for his well-being. About him, Allāh, Most High says,

He passed by the heavenly host and saw Jibrīl like a worn out saddles cloth from a camel’s back from fear of his Lord.[29] [One narration mentions that this was in the fourth heaven.[30]]

In the fifth heaven he met Hārūn (‘alayhi al-Salām) and after introductions, extended the salām to him. Hārūn welcomed him saying, “Welcome to the righteous Prophet and my righteous brother!” and prayed for his well-being.[31]

In the sixth heaven, he met Mūsā (‘alayhi al-Salām) who he described as a tall, imposing man with a heavy head of long hair coming down to his ears and a brown complexion. He looked like a person from the tribe of Shanūʾah.[32] The Prophet (sall Allāhu ‘alayhi wa sallam) extended the salām to him and Mūsā welcomed him saying, “Welcome to the righteous Prophet and my righteous brother!” and prayed for his well-being.[33] When the Prophet (sall Allāhu ‘alayhi wa sallam) walked past him, Mūsā wept and a voice called out, “Why are you crying?” He replied, “My Lord, I did not think anyone would be raised above me,[34] the Children of Israel think that I am the most honoured of Allāh’s servants, but here is someone more honoured than me![35] Here is a young man who was sent after me but more of his nation shall enter Paradise than mine![36] If he were by himself, it would be easier to bear, but he has his nation with him which is the most honoured of all nations!”[37]

In the seventh heaven, he saw Ibrāhīm, the Beloved of al-Raḥmān, an old and awe-inspiring man, resembling most the Prophet himself,[38] so much so that every limb he looked at reminded him of himself.[39] He was reclining with his back up against al-Bait al-Maʿmūr. The Prophet (sall Allāhu ‘alayhi wa sallam) asked Jibrīl what house this was and he replied, “This al-Bait al-Maʿmūr, every day seventy thousand Angels enter it to pray, and when they leave they never visit it again.”[40]

He (sall Allāhu ‘alayhi wa sallam) asked who the man was and Jibrīl introduced them saying, “This is your father, Ibrāhīm. Greet him with the salām.”[41] He did so and Ibrāhīm welcomed him saying, “Welcome to the righteous Prophet and my righteous son!”[42] He remarked, “Muḥammad, convey my salām to your nation and tell them that Paradise has pure, wholesome earth and sweet water. It is unplanted land and its seedlings are: subḥānAllāh, alḥamdulillāh, lā ilāha illAllāh, Allāhu Akbar [another narration: and Lā Ḥawla wa lā quwwata illā billāh. Order them to plant many seeds.]”[43]

The Prophets and the righteous experience joy, peace and serenity in prayer. They love to pray because it maintains their connection with their Lord Most High.

Ādam: The first Prophet, left the holiest of places, Jannah, but he shall return. Likewise, Prophet (sall Allāhu ‘alayhi wa sallam) will be expelled from holiest place on earth, Mecca, but will return.

ʿĪsā, and Yaḥyā: Chronologically closest to Prophet. Their own people tried to kill ʿĪsā and killed Yaḥya, so too will his (sall Allāhu ‘alayhi wa sallam) people try to kill him

Yūsuf: his own blood brothers tried to harm him, but at the end he rose victorious, his brothers repented and accepted his faith. So too will the Quraysh reject the Prophet (sall Allāhu ‘alayhi wa sallam), but he will rise victorious and they will accept his faith.

Idrīs: He has been given an exalted place, likewise the Prophet (sall Allāhu ‘alayhi wa sallam) has the highest place, and is given the Maqām Maḥmūd

Hārūn: he was despised then accepted.

Ibrāhīm: Is a Khalīl, just as Muḥammad (sall Allāhu ‘alayhi wa sallam) is a Khalīl [Muslim]

Ibn Ḥajr, al-Fatḥ 7:204 argued that the meaning of al-Ḥaṭīm in this ḥadīth was actually al-Ḥijr (the semi-circular space under the waterspout of the Kaʿbah) and stated that those who said that he was between al-Rukn and al-Maqām or between Zamzam and al-Ḥijr were incorrect. He also explained the various aḥādīth concerning the beginning of the journey as described above.

Some scholars said that Ḥamza and Jaʿfar were actually in the house, not at the Kaʿbah. cf. Ibn Ādam, al-Baḥr al-Muḥīṭ Sharḥ Ṣaḥīḥ Muslim 4:519

Some scholars state that it was only the Prophet (sall Allāhu ‘alayhi wa sallam) who sat on the Burāq, with Jibrīl accompanying him, but the narration referenced above clearly state that both did. Allāh knows best. cf. Albānī, al-Isrāʾ wa’l-Miʿrāj pg. 62

Some aḥādīth mention that these drinks were offered him (sall Allāhu ‘alayhi wa sallam) after he had arrived at the Lote Tree, and some scholars postulate that they were offered twice, at this point and in the seventh heaven. cf. Sharh Ibn Ādam 4:536

Some narrations also state that he took a small amount of the honey as well.