Kanye West should learn about the Islamic uprisings of African slaves 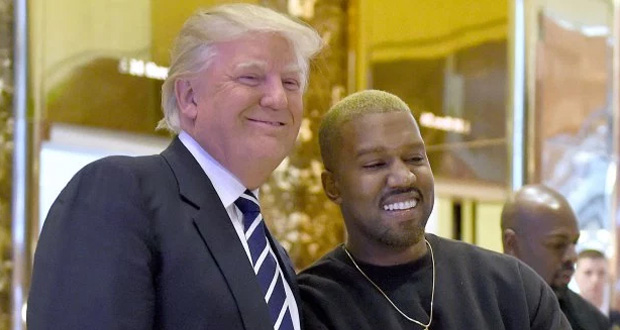 Kanye West, an American rapper, is known for making controversial comments. However, he stooped to new lows when he suggested that 400 years of slavery was a “choice”. The American rapper has been universally condemned for his ignorant remarks. However, his comments are offensive not only to the black community but to any person of colour, given that the West has been built on the backs of people of colour. The riches and the development the West enjoys today are a direct consequence of the enslavement and exploitation of non-whites. Kayne West, who enjoys a considerable global following is victim blaming in the extreme, which criminally ignores the facts of history.

In 1522, just over a decade after the formal transatlantic slave trade was initiated, a Muslim rebellion in Santo Domingo began. The Muslim African slave revolt occurred in the sugar plantation of Admiral Don Diego, son of a certain Christopher Columbus. This Italian, who is celebrated in European history, is in fact one of history’s greatest villains. Bartolome Las Casas (who was himself a coloniser but repented in later life) wrote in the History of the Indies:

“there were 60,000 people living on this island, including the Indians; so that from 1494 to 1508, over three million people had perished from war, slavery, and the mines. Who in future generations will believe this? I myself writing it as a knowledgeable eyewitness can hardly believe it….[1]”

Columbus ordered that all natives above the age of 13 were to bring him a one hawk’s bell full of gold powder every 3 months. Those that did had a copper token to hang around their necks, whilst those that refused or failed had their hands amputated and were left to bleed to death.[2] We were taught in school that Columbus “discovered” the Americas, as if to say the natives or their culture did not exist before the white man found it. Perhaps many murdered natives to the Americas now wish they had never been “discovered”.

Many of the Muslim African insurgents, warrior Muslims if you will, managed to escape to the mountains forming independent maroon communities.[3] The Spanish referred to Muslim Africans who had escaped slavery as “cimmarrones” – which literally means “wild animals”. By the 1530s, the “cimarron” bands had become so numerous and fierce that Spaniards could only travel outside of their plantations in large armed groups.[4]

In Ramaḍan of 1835, a group of enslaved African Muslim scholars, perhaps inspired by the words of Allāh: “Permission [to fight] has been given to those who are being fought, because they were wronged. And indeed, Allāh is competent to give them victory,”[5] initiated an uprising of Muslim African slaves in Bahia, current day Brazil. This uprising, known by historians as the 1835 Malê Revolt, did not occur impulsively but was cultivated in the madrasas of Bahia.[6]  Margarita Rosa, writes: “the rebellion was organized in the madrasas and born out of particular relationships between Muslim teachers and their devoted students.”

There is a popular misconception that African slaves were devoid of any social, cultural or intellectual construction, and that their enslavement resulted in the annihilation of centuries of their tradition. However, this myth, which perpetuates the white master narrative of the black race being subhuman, could not be further from the truth. Muslim African slaves, despite the hostile atmosphere, established madrasas and other acts of Islamic rituals in secret. Testimonies given after the insurrection demonstrate that the homes of two elderly teachers, Manoel Calafate and Aprigio (likely to be names given to them rather than their original African names), became places of prayer and Islamic education.[7] Despite slaves being forced to wear clothes which barely hid their modesty, many would wear kafatans and kufies sewn by African slaves in these secret Islamic sanctuaries.

Amongst other notable Muslim African teachers was the elderly enslaved Luis Sanin who organised the collection of zakāt from the community of African slaves. Despite their awful condition, the enslaved fulfilled this pillar of Islām perhaps in view of the Messenger of Allāh (sall Allāhu ʿalayhi wa sallam) saying on the authority of Abū Hurayrah (raḍiy Allāhu ʿanhu):

The enslaved Muslims would have acquired their funds through loose employment or small favours and then donated their zakāt. This was then divided into 3; one third was spread amongst all the slaves, the second third used to buy fabric for Muslim clothing and the final third used for the manumission of slaves, when possible. This was often the method used by enslaved students to free their enslaved Muslim teachers.[9]

Not all slave masters were alike and a special note of exception should be made of the English slave masters, who in another town in Bahia, gave permission to African slaves to build a hut to “memorise and write down prayers”.[10]

One of the catalysts for the Malê revolt was the enslavement of the Islamic scholars as Bahian Muslims saw physical rebellion as the only way to unchain their beloved scholars. The rebellion was planned for Ramaḍan, 1835. News of it reached the slave masters, by freed blacks, who much like current day Muslims who aid Prevent, were intent on preserving their relationship with their white masters and their positions within the unjust system. A phrase coined by Malcolm X many years later epitomised such people: “House Negroes”, or modern-day House Muslims.

As rumours of the revolt reached the white masters, troops tried to force their way into the home of one of the elderly Muslim Africans. These troops were greeted with sixty armed Muslim African warriors charging against them as the abrupt and premature call for the Malê revolt was made. Another group rushed to prison to free their shackled beloved teacher called “Bilal”. Despite the meticulous planning, the revolt failed, due in large part to the treachery of the freed blacks who had informed the white masters, allowing the latter to fortify their positions.

Around the neck of one of the killed Muslim African slaves was a passage from Surah Yāsīn:

“Our Lord make us Muslims [in submission] to You and from our descendants a Muslim nation [in submission] to You. And show us our rites and accept our repentance. Indeed, You are the Accepting of repentance, the Merciful. Our Lord send among them a messenger from themselves who will recite to them Your verses and teach them the Book and wisdom and purify them. Indeed, You are the Exalted in Might, the Wise.”

Perhaps Kanye West should read a little before he speaks about a topic a little bit more complicated than the fashion faux pas of ripped jeans. West and others of his mind-set seem like they are shackled by an inferiority complex which needs to serve their master, the white establishment. It is people with such a complex, who throughout history have often sided with the oppressive system against their own communities. Such people are truly in the ‘sunken place’,[11] but realise it not.

The truth is, the story of Black Muslim African slaves is one of tragedy and inspiration. Rather than “choose” enslavement they chose to resist both intellectually, culturally and physically. Whilst their arms and legs were chained, their minds remained free to wander the gardens of Paradise.

[8] Narrated by Al-Bukhārī and Muslim