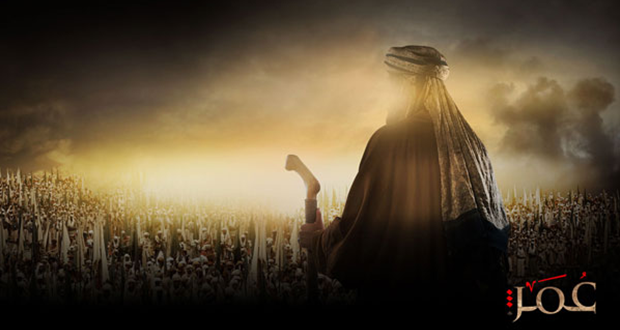 On one particular Friday the Khatīb, as usual, spoke of the calamity in Syria. He did not deliver anything new per say, nor did he decorate his sermon with touching accounts or colourful imagery. It was when he invoked the famous words of ʿUmar (raḍiy Allāhu ʿanhu) that he lost focus and tears gathered in his eyes. Hardly able to put his words together he quoted: “…when…did you enslave people…when their mothers bore them as free men?”

He recalled those soldiers who thrust their heels into the backs of civilian detainees for asking for ‘freedom’ or the old man crying for mercy, slapped by a mob of regime thugs. He recalled the covered Muslim woman, dragged by her Hijāb through the streets of Homs. He recalled the enslaved, subjugated Asian worker in the gulf who finds, at best, cardboard shelters to spend his short night, while their masters burn 6 million dollars in the night sky;[1] and the retired foreign pioneer, given 15 days to leave the country after decades of service. He recalled the thousands of Muslims murdered in sit-ins and the millions kneeling under the pain of hunger and thirst on the backs of a leadership that is quite frankly indifferent. His voice insinuated a deep longing for a leader like ʿUmar (raḍiy Allāhu ʿanhu).

ʿUmar (raḍiy Allāhu ʿanhu), after having been tutored by the Messenger (sall Allāhu ʿalayhi wa sallam) led a most remarkable 10 years as second Caliph and leader of the Muslim State and Empire. His traits remain solid constituents of Muslim leadership and his methodologies are transferable to our current time. His example forms the benchmark against which Muslims should measure their leaders and against which every Muslim, not least community leaders, should be nurtured.

Most notably, the first generation of Caliphs assumed a hereafter-focused approach to leadership, whereby their actions and methodologies were put in place in order to develop a community focussed on the purpose of its existence. They led by example, were the most prepared to bear the brunt of a calamity and lived a life of self-accountability. Their Īmān was outshining, and they were guides to Allāh, longing for the pleasure of Allāh. In a time when the best are overthrown and imprisoned, the very worst are espoused and celebrated and the unknown are pledged unconditional allegiance, it becomes necessary that we remember ʿUmar: A man one who formed the archetype Muslim civilisation and was approved by the Messenger (sall Allāhu ʿalayhi wa sallam) as a person of Jannah.

There is often an assumption that the example of ʿUmar is outdated and should not be used to formulate contemporary leaders. But even contemporary pioneers in the arts are disciplined by the works and methods of Van Gogh, Picasso, Monet and Matisse; scientists are guided by Einstien, Newton and Archimedes, the last of whom dates back to 212 BCE! Why should we not formulate leaders disciplined by the lofty example and curriculum of ʿUmar (raḍiy Allāhu ʿanhu) when academic fields are ever-changing and yet his greatness and approval is timeless?

ʿUmar the Man and the Leader

ʿUmar (raḍiy Allāhu ʿanhu) was a stern giant who supported the truth and stood up to the weak, but the gentle father who lowered himself before the needs of the deprived and who carried on his shoulders the destitute Muslim or even Jew.[2] His speech insinuated firmness but his heart was like milk when he heard the speech of Allāh to which he would always succumb.[3]

ʿUmar was a leader whose overwhelming concern for the Muslims extended to the far corners of his state, such that he would stand alone on the borders of Madinah, eagerly anticipating the return of the Muslim army or the messenger who would deliver the news of triumph or tribulation. And on hearing the latter, he would cry and exclaim: “am I not that helping party that he [and the army] should have retreated to?”[4]

His overwhelming sense of responsibility would see him anxiously running around in the heat of the Arabian sun, desperately looking for the camel that went missing from the Muslim treasury. On seeing the destitute Bedouin woman, he rushed to the treasury to bring her and her children ample food rations and resource, cooking it for them. When his assistant offered a helping hand, he replied: “will you also carry my burden for me on the Day of Judgement?”[5]

When starvation struck the inhabitants of Madīnah, he forbade his stomach from meat. When it complained and rumbled, he replied “you may rumble [as you wish], but we have no other food until the famine is over” when indeed he could have eaten meat if he, the Khalifah wanted to do so.[6] It was the same year that thousands of Bedouins had encamped on the outskirts of Madīnah, receiving their provisions and daily food rations from the depleting Muslim treasury while ʿUmar (raḍiy Allāhu ʿanhu) would feed them himself.[7] At the end of the drought, his eyes flooded with tears to see the people packing their belongings and departing back to their villages.

ʿUmar was the barricade before the impending trials that swept across the Muslim world after his martyrdom, and a firm door, shut in the face of the perpetual tribulations that would continue to flow into the Ummah until today after his demise. May Allāh be pleased with him.

Why do we long for a leader like ʿUmar (raḍiy Allāhu ʿanhu)?

The contrast of ʿUmar (raḍiy Allāhu ʿanhu) as a leader and his era as a time with the modern day is what pains the conscious soul beyond its ability to reserve its emotion. What forms this contrast is the superiority of the example set by ʿUmar with the inferiority of contemporary antagonists and oppressors, combined with the pain they are inflicting the Ummah with today.

In reality, a leader like ʿUmar fulfils even the aspiration of the non-Muslim layman. The relative justice of ʿUmar to any contemporary minister or ruler is enough for a true Khilafah to not only be the prospect of a Muslim but humanity as a whole, rather than a source of evil and fear. Al-Harmazaan, the Persian army commander, was captured as a prisoner war in the 17th year of the Hijrah following the battle of Tastar. Crowned with rubies, emeralds and wrapped in silk, he caught the eye of the Muslims of Madīnah who stared at him dazzled: “is this al-Harmazaan?!” As al-Harmazaan and the companions escorting him looked for ʿUmar, they eventually learned that he was resting in the Masjid, and on entering found ʿUmar lying on his side, fast asleep. The delegation came close to ʿUmar and while baffled, al-Harmazaan asked, “Where is ‘Umar?” They said, “That is him.” He replied, “Where are his guards?” They said, “He has no guard or steward.” Al-Harmazaan was overcome by the disparity he saw between ʿUmar (raḍiy Allāhu ʿanhu) and the tyrant kings of Persia, and he replied: “He should be a Prophet.”[8]

ʿUmar (raḍiy Allāhu ʿanhu) taught us that our ‘state of affairs’ is not determined by our prosperity, nationality or our mastery of secular values or of flattering the leadership’s status quo. Rather, he avowed that “we were a people, by default, humiliated, and Allāh honoured us with Islām. Should we search for honour in anything other than it, Allāh will disgrace us.”[9] His representatives and inner circle would echo this very rhetoric. Leading up to the grand battle of Qadissiyyah, ʿUmar’s emissary Ribi b. Amir (raḍiy Allāhu ʿanhu) sternly asserted to the Persian Army Commander Rustam that, “Islām absolves the slave from servitude to the people to servitude to the lord of the people, and from the tightness of the lower life to the expanse of this life and the next and from the injustice of religions to the justice of Islām.”[10]

Is Prosperity the Measure of a Great Leader?

There is no doubt that during ʿUmar’s era, justice was commonplace, corruption was unknown, humiliation before the Ummah’s adversaries was foreign and security, provision and stability were widespread. But it was a time not without its tribulations from a material perspective. Was it not ʿUmar whose skin colour darkened from sustaining an Olive-Oil only diet due to the treasury’s shortfall in food resource? The golden age of Andalusia was far greater in its lavishness, as were succeeding eras, not least that of Abbasid Caliph Harun al-Rashid (170AH). However, none dispute the fact that ʿUmar was a greater leader than the latter. This is because it is not the worldly ends achieved in the time of a leader that determines his success but rather, his greatness manifests in how much he strives to facilitate for his subjects the purpose of their existence and to what extent he himself is a guide to Allāh.

In most cases, obedience to and the implementation of Allāh’s commands will reap many, subsequent material benefits. However, the richness of a nation, its raging oil resource, its tall buildings and economic stability are not sufficient reasons for supporting its leadership if it does not facilitate for its subjects the purpose of their existence or has waged a war on Islām and its advocates. With this simple concept in mind, how many truly long for a leader like ʿUmar?

[3] Statement from Hadith of Abdullah ibn ‘Abbas, after ‘Umar was accused of not dealing justly with his subjects and became frustrated with the accuser. ‘Umar was reminded of Allah and he softened immediately. Ibn ‘Abbas says: “and (’Umar) always adhered strictly to the Book of Allah.”