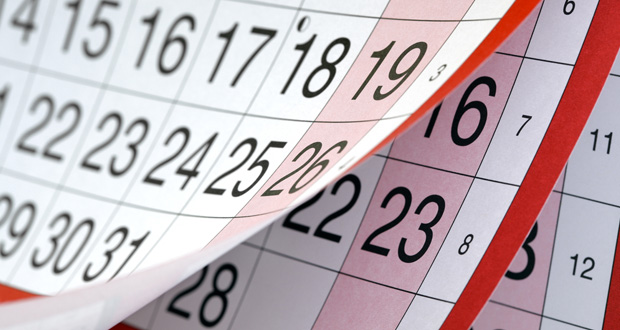 The Sunnah is to fast the 10th of Muharram along with a day before or/and a day after; hoping by it that Allāh forgives a year of sins.

Many people will not be aware that we have entered the new Hijri year. Had it been the first day of the Gregorian calendar every one of us would know about it and some may have even celebrated it. This reflects the fact that we have become detached from our Islamic heritage. Many Muslims are oblivious to the Hijri calendar, such that most are unaware of what lunar year or month we are currently in. Most of our children are unaware of the names of the Arabic months let alone able to name them in the correct order.

The concern is not with regards to celebrating the new Hijri year, as we do not ‘celebrate’ any day except the two Eids – ʿEid ul-Ad’ha and ʿEid ul-Fitr. Rather, it is a matter of being connected to and aware of the Islamic emblems. It is a matter that links this ummah to its root and heritage. Three of the pillars of Islām are carried out according to the Islamic calendar: Zakāh, fasting and the Ḥajj.

In addition to these pillars, there are a number of other Islamic activities and practices that should be implemented in accordance with the Islamic Calendar. Allāh says,

In his exegetical work Al-Qurtubi said about this verse that “on the Day when He created the heavens and the earth” demonstrates that His ordainment was even before the act of creating the heavens and earth, and He calculated these months, named and ordered them on that day. He revealed the knowledge of this ordainment to Prophets in the form of revelation. This is the meaning of “the number of months with Allāh is twelve months (in a year)” – its ordainment is everlasting. Al-Qurtubi went on to say that this verse indicates that the laws of worship and other things pertain to months and years as understood by the Arabs rather than months as understood by non-Arabs, the Romans and the Copts, even if their months do not extend beyond twelve months.

The division of time has turned to its original form which was in existence the day Allāh created the heavens and earth. The year consists of twelve months of which four are sacred: three consecutive months, Dhu’l-Qa’dah, Dhu’l-Hijjah and Muharram, and Rajab of Mudhar which comes between Jumada and Sha’ban.[4]

The first month of the Hijri year, Muharram, is a sacred month which has a number of virtues. It has been narrated from the Prophet (sall Allāhu ʿalayhi wa sallam) that after Ramaḍān, the most rewarding time to fast is in the month of Muharram. It was narrated that Abū Hurairah (raḍiy Allāhu ʿanhu) said, “The Messenger of Allāh (sall Allāhu ʿalayhi wa sallam) said: ‘The best fasts after Ramaḍān is the month of Allāh – Muharram, and the best prayer after the obligatory prayer is prayer at night.'[5]

The Prophet called this month the month of Allāh as an indication of its great status. However, it is evident that the Prophet (sall Allāhu ʿalayhi wa sallam) did not fast any month completely except Ramaḍān. Thus the hadīth encourages fasting regularly in the month of Muharram and it is not an indication to fast the entire month.

If the signs of bulūgh (puberty) within an individual are absent, the age of the person so as to ascertain the attainment of bulūgh is calculated according to the Hijri calendar and not the Gregorian one. The kaffarah (expiation) for sexual intercourse during Ramaḍān, zihār, and killing by mistake, is fasting two Islamic months consecutively which are between 29 and 30 days. It was narrated from Ibn ʿUmar (raḍiy Allāhu ʿanhu) that the Prophet (sall Allāhu ʿalayhi wa sallam) said,

Is it permissible to congratulate others on the new Hijri year?

The matter is flexible as there is no textual evidence to prohibit this action nor to allow it. However, it should not become a regular habit as it was not a practice of the Companions of the Prophet.

It is He Who made the sun a shining thing and the moon as a light and measured out their stages that you might know the number of years and the reckoning. Allāh did not create this but in truth. He explains the signs in detail for people who have knowledge.[8]

According to exegetes, the main function of the sun is that it is a source of light whereas the moon is an object that is utilised to determine the Islamic year.