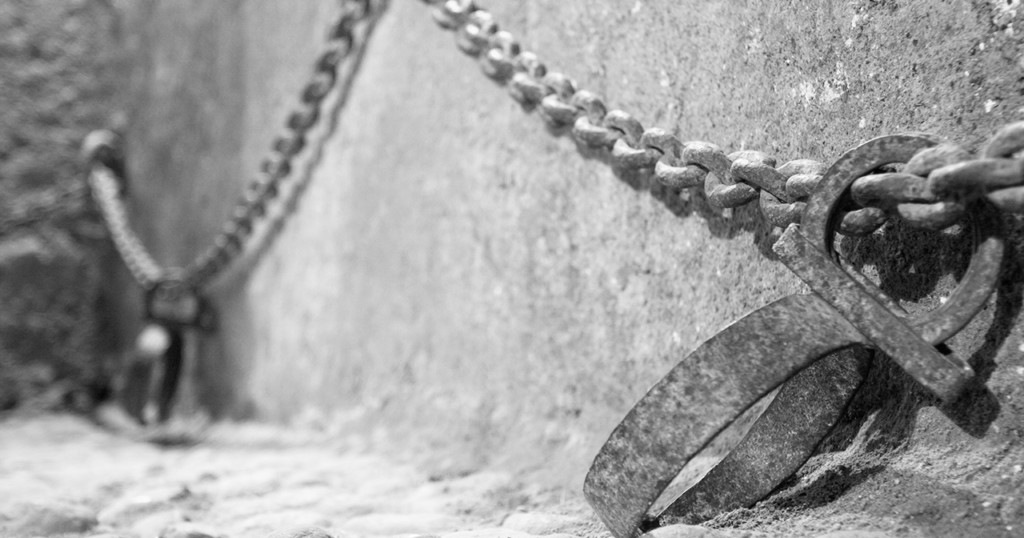 With the current global trends of imprisonment, torture, exile and sentences of death being imposed upon the scholars who refuse to sway on issues of Islām and moral justice; it would serve as an appropriate time to re-align ourselves with some of the messages and promises found within the Qur’ān. We can likewise revisit and study History as a source of practical evidence of the promised outcomes of such situations.

The Qur’ān provides a trajectory of outcomes based upon the courses traversed; and history provides evidence and a formula of results achieved when particular components and ingredients come together.

And there came a man rushing from the farthest part of the city. He said, “O my people, follow the messengers. Follow those who do not claim any reward from you, and who are on the right path. What excuse do I have if I do not worship the One who has created me and to whom you will be returned? Shall I adopt those gods besides Him whose intercession, if Rahman (the All-Merciful) intends to do harm to me, cannot help me in the least, nor can they come to my rescue? In that case, I will be in open error indeed. Undoubtedly I have believed in your Lord; so listen to me.” (Thereafter when his people killed him,) it was said to him, “Enter the Paradise”. He said, “Would that my people knew how my Lord has forgiven me and placed me among the honoured ones!”[1]

Allāh (subḥānahu wa taʿālā) presents us here with a scenario not too unfamiliar from our current context. A man simply proclaiming his belief in Allāh and calling his fellow townsmen to belief is put to the sword.

The famous Andalusian scholar of tafsīr and fiqh Imām al-Qurtubi (raḥimahu Allāhu) discusses the events cited in these verses.[2] As regards what is meant by “it was said to him enter paradise”,[3] he quotes the statement of Qatadah, deemed an authority in Qur’anic interpretation by the earlier generations and scholars of tafsīr,[4] as saying: “Allāh entered him into paradise and he is therein receiving provisions.” Al-Qurtubi continues, “[Qatadah is] referring to the āyah “and think not of those killed in Allāh’s way as dead, for they are indeed alive with their Lord receiving provisions”.”[5] Al-Qurtubi is informing us of the promise made clear by Allāh, those who are murdered or killed for their belief in Allāh (subḥānahu wa taʿālā) will not be at loss, they will be entered into paradise.

The Prophet (sall Allāhu ʿalayhi wa sallam) also indicated the station of such a man when asked what the greatest of struggles for Allāh’s sake was. His response was “a word of truth in the presence of a tyrannical ruler”.[6] When explaining the ḥadīth, some scholars mentioned the reason for it is that when a person confronts a tyrannical ruler with a word of truth, they do so in a state of complete nakedness, he has no ability nor might in comparison to that of the tyrant and yet he stands up and speaks the truth, subjecting himself to the grave consequences.

Going back to the aforementioned verse, al-Qurtubi mentions another great benefit we often forget: not to be reactionary in nature. He (raḥimahu Allāhu) states regarding the hope of this murdered believer when he said “if only my people knew, how Allāh has forgiven me and honoured me [for my belief]”:

“In this verse there is a great lesson and an evidence that one must subdue his anger and not be reactionary, rather he must have patience with the people of ignorance, be merciful towards the one who has placed himself within the midst of evil and surrounded himself with the people of sin and temptations. He must work hard in trying to save him, and be soft in trying to free him, he must busy himself with this (i.e trying to save him) instead of cursing him and supplicating against him. Do you not see how this man wished good even for those that killed him and transgressed against him!”[7]

This was a methodology encompassed within the manner and approach of the Prophet (sall Allāhu ʿalayhi wa sallam) himself, some examples being his treatment of the hypocrites in Medina, his mercy towards the people of Makkah and Taif, the forgiveness he gave to those who murdered and tortured his own family members and followers. This is a methodology that would bring about great change if adopted, standing firm upon the principles of good character as taught to us by our master and leader Muhammad ibn Abdillāh (sall Allāhu ʿalayhi wa sallam saw) regardless of those that stand in front of us.

Regarding this verse a contemporary thinker of Islām noted that the silent sacrifice of one individual may be more beneficial than thousands of sermons.[8] Such is the case with this unnamed man; he stood up for belief and called his people to follow. Though neither his name, town nor time of living were mentioned, Allāh raised his rank and station and made him known as a sign for the generations to come until the Day of Judgement. How many words on the pulpits go in vain, yet the sincere actions of one or perhaps a few inspire masses. Again, this was also something encompassed within the actions of our Prophet (sall Allāhu ʿalayhi wa sallam), as he was a man of action, a man who spoke with his actions and led by his own example.

Likewise, due to the sacrifice of Hājar, the mother of Ismāʿīl (ʿalayhi al-Salām), as well as her submission to the will of Allāh in the barren valley of Makkah, Allāh raised her rank and status, and made her a sign of sincerity and submission. All of the believers are commanded to emulate her actions during the rites of pilgrimage. We can take from this a great practical lesson, relevant to all; the sacrifices we make, although seen by none or perhaps few, may be the reason we are honoured by Allāh in the dunya and ākhira. We do not know where the beneficial action lies and so we should not belittle any sacrifice made for Allāh’s pleasure, regardless of the perceived toll at the time.

This brings us to a point which we often overlook: success is not defined by results. We often identify success by the tangible results seen but this is not the case, guidance itself is a success granted from Allāh (subḥānahu wa taʿālā), and stability upon guidance is another success. Sticking to the principles of guidance regardless of the outcome can be seen as one of the ultimate forms of success. We are taught this lesson in the story of Mūsā (ʿalayhi al-Salām). The magicians of Pharaoh were threatened with a severe punishment of death and torture due to their new-found belief in Allāh, they respond:

“We will never prefer you over the clear signs that have come to us, and over Him who has created us. So, decide whatever you have to decide [of punishment]. You will decide only for this worldly life.”[9]

Allāh (subḥānahu wa taʿālā) then informs us that the believers will be honoured and granted high places in paradise and bountiful rewards.

When we turn to the pages of history we find those imprisoned, murdered, tortured or harmed for standing firm to the truth they lived for were given life through the words, pages and movements they left behind. From the likes of the companions imprisoned and tortured in Makkah to the scholars such as Imām Abu Hanifa, Imām Malik and Imām Aḥmad; anti-colonial freedom fighters such as Omar al-Mukhtar, AbdulKarim al-Khattabi or Saeed Nursi; revivalists and educators such as the founders of the Deobandiyah movement Rashid Ahmad Gangohi, Muhammad Yaqub Nanautawi, and the thinkers and movers such as Malcolm X. Their bodies were placed into the ground, but their words were preserved within the hearts and souls of those that came after them. Muslims and non-Muslims alike who struggled and sacrificed are the ones remembered by history and those who subjected them to oppression are simply forgotten. Martin Luther King Jr and Nelson Mandela are examples in our modern times.

The “palace scholars”; opposers of truth and justice; the seekers of luxuries, status and fame who once stood so haughtily lost their pedestals, their hypocrisy was revealed, and time preserved the truth and its people.

In this time in which those who stand up for truth are persecuted and the world remains silent, we remind ourselves that the end result will be for the pious, who remain true to the covenant of Allāh.

It is also important to remind ourselves that terms and labels of description are only as valuable as the evidences that prove their worth. Pharaoh justified his tyranny and oppression by labelling Mūsā (ʿalayhi al-Salām) as a man of corruption and accused him of what we hear similarly repeated about those unjustly imprisoned today. Without evidence of their inference, they asked: “Shall you leave Mūsā and his people free to spread disorder in the land?”[10]

Yet in the same chapter, Allāh reminds us of the outcome of such struggles and events:

“We caused those people who were deemed to be weak to inherit the East and West of the land that We had blessed. And the sublime word of your Lord was fulfilled for the children of Isrā’īl, because they stood patient; and We destroyed what Pharaoh and his people used to build and what they used to raise high.”[11]

A lesson for all generations and nations.

May Allāh bless us with guidance and keep us firm upon it.

[8]  In The Shade of The Quran, Surat Yaseen