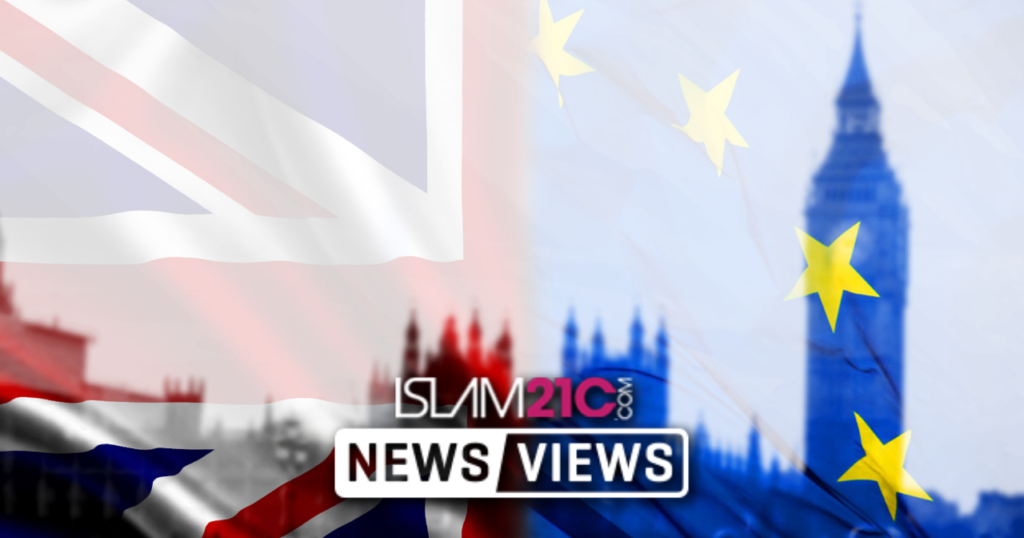 We now officially have less than 200 days until we are due to exit the EU and we are nowhere nearer to knowing what deal we will be getting, let alone what sort of future relationship the UK will be having with our nearest trading bloc. As the clock continues ticking, the Government are more concerned about stockpiling food and medicines in the (likely) event of a No Deal scenario than securing a good deal that doesn’t threaten our medicines supply.

Earlier this week, the hard Brexit-supporting European Research Group (ERG) led by Jacob Rees-Mogg launched the latest publication from no-deal Brexit advocates “Economists for Free Trade”. The ‘Project Fantasy’ document from advocates of an ultra-hard Brexit promised to take us to a land of milk and honey but was quickly ridiculed and mocked across the political spectrum. To make matters worse, the ERG then launched their own proposals on Northern Ireland but were condemned for being profoundly dangerous to the stability and security of Northern Ireland and the whole of the United Kingdom. That Brexiteers have no credible plan has come as no surprise to anyone.

Prior to this, chief Brexiteer Jacob Rees-Mogg was seen on a taped recording from 2016 suggesting a return to inspections of people crossing the Northern Ireland border, similar to those that took place during the Troubles. [1] He said,

“There would be our ability, as we had during the Troubles, to have people inspected.”

Jacob Rees-Mogg suggests that after Brexit, people crossing the Irish border should be subject to 'inspections, just like during The Troubles'. pic.twitter.com/pEnBNBBasU

A little-known fact is that in the 2016 Irish census, it recorded 63,443 Muslims living in the Republic of Ireland which is a 29% increase on the figures from the 2011 census. [2] So Brexiteers are playing fast and loose with such an important issue such as the Irish border which will directly affect a sizeable and growing Muslim community.

Late last week, Boris Johnson and his wife of 25 years, Marina Wheeler, announced they would be separating. Days after news emerged of the split, Johnson accused the Prime Minister of wrapping the British constitution in a suicide vest and giving the detonator to the EU. [3] Some saw this as the firing of the starting gun of the Brexiteers making a move against Theresa May. The idea of Boris Johnson, with his associations with the far right, his comments about women who wear the niqab and his support for a hard or no Brexit deal, becoming Prime Minister should worry any reasonable Muslim.

The architects of Brexit, such as Johnson, David Davis and Steve Baker have now walked away and resigned from the Government—leaving everyone else to clean up their mess—yet wish to continue to shout from the side lines with increasingly ridiculous suggestions. However, we shouldn’t laugh because their ideas pose a very real risk. Make no mistake, these members of the elite are motivated by their own futures or the ambitious pursuit of their political careers and not what is best for the people of the UK. Some of them even have the gall to move their money abroad! [4]

I know people who voted both Remain and Leave and they had a variety of reasons for doing so, however regardless of how you voted in 2016, no one was told that instead of £350m a week to the NHS, doctors and nurses would be leaving in their droves and worse still that the Government would announce a need to stockpile medicines, including Insulin.[5]

The Black and Asian communities, including many Muslims, suffer from Diabetes more than any other group. According to the Health Survey for England, [6] doctor-diagnosed diabetes is almost four times as prevalent in Bangladeshi men, and almost three times as prevalent in Pakistani and Indian men compared with men in the general population. Diabetes is also at least three times as likely in Bangladeshi and Black Caribbean women than women in general. The botched Brexit process is literally putting the lives of our relatives at risk. So, we are losing healthcare professionals and now need to ration and stock-up on medication – which is very different to what the Brexiteers promised because they knew what they did promise could never be delivered.

You may have also missed the release of a poll that showed heavy backing for a vote on the eventual Brexit deal from trade unionists. [7] Frances O’Grady, the General Secretary of the Trades Union Council said she would endorse a public vote if the Government do not deliver a Brexit deal that protects jobs, workers’ rights and the Northern Ireland border. [8] The head of the GMB, a national union, also explicitly backed a People’s Vote with a number of other heads of unions leaving the door open to such a move. [9] It is clear to see that those who represent British workers believe Brexit will potentially harm their members and will fight to have their voice heard.

In addition to this, the Labour Party have now repeatedly said they are not ruling out a public vote and will keep all options on the table. Their annual conference begins next week, and a number of local Constituency Labour Party groups are sending motions demanding Conference debates and votes on a policy on having a People’s Vote.

So that is a round-up of key Brexit news in recent weeks. As politicians returned to Westminster after a summer of mishaps and confusion, one thing has become clear: the gap between the Brexit promised two years and the mess being delivered on your doorstep is getting bigger by the day. That is why more and more people are asking for a say on the final Brexit deal – that is if the Government manage to get it, which looks increasingly unlikely.