#STAND4UYGHURS
Home / Featured / Do I have a personality disorder? 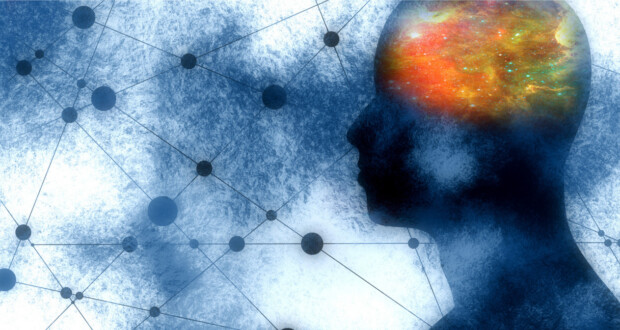 Listen to a special audicle by the author here:

Mental health conditions are found in every era and society, in both the good times and the bad. Yet we yearn to explain this away by linking our environment to our toils. Those with much strain their eyes to those with more in times of peace and plenty. In times of war, peace is seen as the panacea for distress.

Our past is also pointed to in explaining our present. Our yesterday determines our mental state today. The rigidity of this belief both destroys hope of positive change and normalises that we should rail against others and ourselves. Behaviour – whether counterproductive and inadvertently self-harming or harming others – is reduced to a medical condition.

Another belief clouding our path is relying too heavily on our own compass on what is right or wrong in terms of our inter-personal relations. This is done without realising that we may have been unduly shaped by early experiences in a way that leads to coping in a narrow way, which may not be helpful in all situations.

Where, then, do we find the best guidance? Our peers may be shaped by our society’s conventional wisdoms. Our consciousness – absorbing social media, traditional media and organised education – may similarly be prone to bias.

Where is the rock in the sea for us to hold onto?

Good character can today appear old fashioned or, worse, judgmental. Let us begin by pondering over what good characteristics are and what we might strive toward in order to adopt good into our own character.

When the term ‘personality disorders’ is carelessly applied, it can be seen as judgemental. Indeed, there are those who claim that none exist and that they are constructs. The labelling of personality disorders is useful in describing a common grouping of characteristics that are maladaptive. Simply put, whilst they may be seen as having followed difficult experiences and be an adaptation to them, they result in ways of functioning that harm ourselves and sometimes others.

Examples include emotionally unstable personality disorder (EUPD) and narcissistic disorder. EUPD includes a heightened fear of being abandoned, yet is characterised by behaviour that pushes people away. Narcissistic disorder is marked by extreme self-confidence yet belied by a fragile self-image sensitive to the slightest criticism.

It may well be that early trauma associated with EUPD, as well as difficult experiences with role models, may be associated with many personality disorders. However, that does not determine our future absolutely or close the door to change if indeed we want to change.

The focus here is on deliberately looking at ourselves, as it easy to point out the supposed faults of others. In recognising our own shortcomings first and trying to improve them, we may improve our judgement of ourselves and others.

Reading about personality disorders in detail reveals examples of how certain people may act for a variety of reasons. However, this only provides us with information on how we would rather not be.

Where are the examples of noble characters of how we wish to be? Recognising tests in the good and the bad, encouraging patience in adversity, repentance when erring, and humility in success?

Those who believe in One God can pray to Him to bring them from the darkness into the light, but does He not also show us the steps to take? Does He not serve as a rock in the sea for us to hold onto? Does He not give us examples in those who came before us?

The perseverance and patience of Ayyūb; the repentance of Yūnus; the courage of Mūsa in facing the Pharaoh; the strength and purity of Maryam; the steadfastness against temptation of Yūsuf; the stories of Nūh, Ibrāhīm, and the great character of Muhammad (sall Allāhu ‘alayhi wa sallam) – peace and blessings be upon them all.

It was said of Bilal (radiy Allāhu ‘anhu), in regard to his relationship with Abu Bakr, that “our noble man has freed our noble man”. This is a whimsical play on words, as one frees slaves rather than noble men. Abu Bakr was of the tribe of Quraysh and so was of the nobility of Arabian society. Bilal was a slave before he was freed. Yet the Muslims saw nobility as not a factor of birth or status, but of faith and character. Islam – submission to the will of Allāh – and true belief even above the initial submission led to a nobility of spirit and behaviour. It is a recognition of one’s own strengths and weaknesses and building upon the good and going to war against one’s flaws. Both Abu Bakr and Bilal were free and noble men.

No test, both of good and bad, is given to us but that our souls are able to bear it. The final verse of Sūrah Al-Baqarah declares this as a statement of truth and then reiterates it as a prayer we should make.

Let us take whatever we are today as a beginning. Let us not allow our yesterday to dictate us today or tomorrow. Let us acknowledge our past in order to understand how to chart where we wish to be tomorrow. Let us seek help in order to help us to better follow the Straight Path bestowed upon us. Surely, this is the path to success in this world and the next – the path to God consciousness. May the character that results turn even the pain of our yesterday into that which keeps our feet on the Straight Path tomorrow.

Previous: The Fragile Mind
Next: Sudan and Israel agree to ‘normalise’ diplomatic relations

Dr Zeyn is a Medical Doctor and a Psychiatrist with interest in Emergency, Perinatal and Neuropsychiatry. Born in South Africa, he read medicine there before entering specialist training Psychiatry in London and Cambridge.