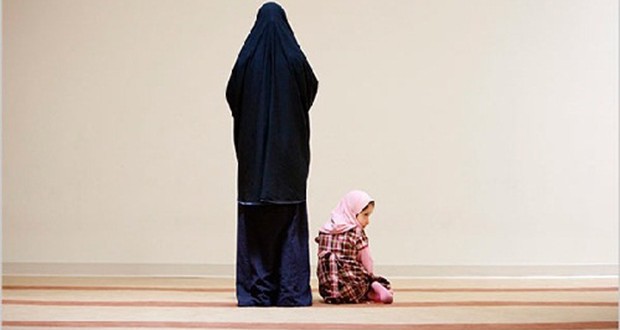 “I will be the first person to attempt to open the gate of Jannah. All of a sudden, a woman will appear, attempting to open it before me. I will say: Who are you? She will reply: I am a woman who focused on raising my orphan children (i.e. children who lost their father).”[1]

The muḥaddithīn (the scholars of aḥadīth) explain that “attempting to open it before me” means the woman will enter Jannah together with the Prophet (sall Allāhu ʿalayhi wa sallam) or immediately after him and this ḥadīth applies to all single mothers raising children on their own, not just widows.

“The mother is the university. If you prepare the mother you have prepared an honoured generation.”

While the traditional role of the father has been to work and earn money to feed the family, his influence over his children’s behaviour and personality is minimal compared to that of the mother as she spends the majority of her life rearing their children. The father’s responsibility to earn for the family is dwarfed by the mother’s multiple roles that include acting as a housekeeper, teacher, chef, chauffeur, personal shopper, doctor, nurse, counsellor, entertainer, judge, hair stylist, seamstress and events coordinator. Perhaps this is why the Prophet Muḥammed (sall Allāhu ʿalayhi wa sallam) informed us that Paradise is at the feet of our mothers. Further to this, Allāh (subḥānahu wa taʿālā) often singles out mothers in a number of āyāt in the Qur’ān for the importance of a mother’s role in an individual’s life.

As difficult as the life of a mother is, she no doubt gains a little respite with the presence of the father of the children in their lives. Whether it is to help feed the children at dinner time, tuck them into bed, do the shopping, enforce some discipline or take full charge for a few hours, one cannot discount the critical role the father plays in not only helping to raise the children but to also preserve his wife’s sanity.

As a community we are often eager to offer our aid and support to such causes as make the news or bring visible change. However, we often neglect to consider the significance of assisting the mothers in our lives and our communities. To care for and support mothers is a worthy and advisable endeavour to undertake for the sake of Allāh.

Our history has demonstrated to us that, despite the adversities that come with sole parenting, it is not in itself an obstacle to raising successful children. In fact, many of the greatest role models and most influential people in history were raised by single mothers. Many prophets, scholars and military leaders have been raised without a father figure in their lives to turn to for guidance, advice and support but they are remembered today because of the efforts of their mothers, the unsung heroes of history.

Helping Households Under Great Stress (HHUGS) is a UK registered charity that exists to provide financial, emotional, and practical support and advice to Muslim households impacted by counter-terrorism, national security and extremism-related laws, policies and procedures, in the UK and abroad.