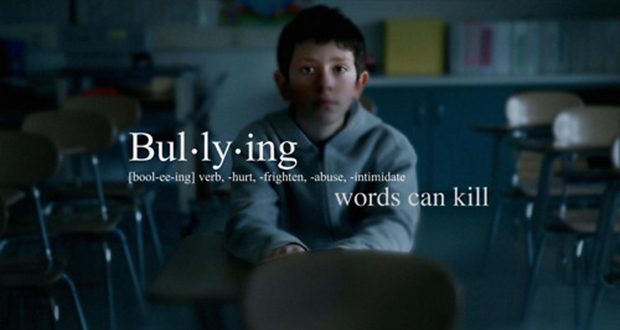 Our Children; Bullied to Death

It was in the winter of 1967 when a young, bespectacled boy named Steven Shepherd left his home and walked in heavy rain to strawberry fields in Newburgh, Lancashire. The fields were important to Steven. Some months prior, Steven had an unusual and momentary break from a sequence of abuse, physical beatings and theft of property which summed up his time at his school. He had been afforded the chance to travel to the strawberry fields. It was a day of respite. His sister said that she wished she could have stopped time for her young brother as she saw him at peace with himself and in his surroundings. He only picked strawberries that day and nobody picked on him.

On one cold evening in January 1967 Steven trudged along to a discrete area in the strawberry fields, a place where he had once been happy, and took his own life. Before he did, he threw his large glasses, one of the reasons why he was picked on, behind him. He lay immersed in rain and soil and became Britain’s first recorded case of ‘Bullycide’, a term coined by the investigative reporter into his death.

Since Steven’s death there have been countless cases throughout the world of children who were pushed to the ultimate edge and chose, tragically, to commit suicide. They were faced, in their young minds, with the unbearable thought of returning to school the following day and having to face another day of insults, of emotional detachment, of physical pain. The recent tragic suicide of 11 year old Asad Khan is another reminder that much more needs to be done to understand the devastating effects of bullying, and to put into place robust community-led initiatives to educate,  facilitate and harness a spirit of trust and equitability between all peoples.

Where hundreds of thousands of cases of bullying are reported in schools every year, an equal amount go unreported. We remind ourselves that schools are only one component of a society, not the only one. Bullying, therefore, needs to be tackled with initiatives at home, in religious centres, outside as well as within schools.

The landscape of bullying has changed much since 1967. Though the basic construct of inflicting pain, torment and abuse on another is the same, the mediums and tools used in the processes of bullying have changed. Bullying is the intruding into another’s private, sacred space. Equally, the mocking, exposing, and intimidating of others in the open spaces of cyber space is also bullying. Cyber bullying is verbal harassment which includes sending threatening emails, forwarding of private messages, and the sending of abusive text messages.

As parents and guardians, let us remember the words of the Prophet Muḥammad (sall Allāhu ʿalayhi wa sallam) who taught that

It is our responsibility to nurture children who do not bully others, who are able to overcome their being bullied, and who stand for those who are bullied by others.

How to deter children from bullying

Teach your child that emotional scars are deeper set and more hurtful than even physical ones. Making fun of somebody, exposing their weaknesses, isolating them from a network of friends, specifically not inviting them to parties or events in order to make them feel unwanted can be hurtful.

Remind your children that the Qur’ān calls on us to speak the best of words, in the best of ways and to always remain cognisant of the consequences of our utterances. It forbids vulgar speech, useless talk, carrying of tales, mocking, backbiting and slander, and speaking without knowledge. It encourages us to address others with kindness and compassion.

It also addresses those who take lightly the causing of injury to others and warns them of the consequences in the Hereafter. It reprimands the arrogant and boastful, the vindictive and cruel and those who refuse to treat others with mercy. It challenges us to think about the unique bonds that unite us and to think about our physical differences only as reminders of the wonders of Allāh who created us in different shades and forms so that we might “come to know one another. Verily, the noblest of you in the sight of Allāh is the one who is most deeply conscious of Him.”[2]

We remind ourselves of that great teaching, existent in many religions, of not doing unto others what one would not like done unto oneself. The Prophet Muḥammad (sall Allāhu ʿalayhi wa sallam) taught that ‘He who does not show mercy will not be shown mercy’.[3] He also taught us that ‘the merciful ones are those whom the All-Merciful shows mercy towards. Be merciful with those on the earth and the One in the Heavens will be merciful unto you.’[4]

Being bystanders to bullying

Bullying thrives on a spectacle and the creation of a scene. In this light, bystanders play a great role. It is the crowd of spectators who encourage the bullying, who spur and goad, and who record with their smartphones and share their clips online, only worsening the misery and shame of the victim. Bystanders are often most to blame. They are sometimes the ones who bow to peer-pressure, who choose the stronger and more popular students and sometimes betray their own friends.

Bystanders have the potential to diffuse or to add fuel to the bullying. By intervening, expressing disgust and by siding with and helping the one being bullied, the excitement and frenzy of the crowd is compromised which can have a positive effect in inspiring hope for the bullied and preventing an increase of bullying.

We must teach our children about the greatest of roles they can play in such scenarios; that of the rescuers. Remind them that there is always something that they can do. If they feel too overpowered and overwhelmed by the majority, reassure them that they can call others to assist, alert teachers, or distract the crowd.

It only takes one person intervening or saying ‘no’, refusing to be part of the pack, to change the mood and sentiments of others. It requires one person saying or doing something to make others think. Too often do bystanders live with the remorse and regret of failing to intervene when it could have saved a person’s life.

Teach your children that sometimes a simple gesture of kindness, whether a smile or comforting words, can make a huge difference to a child suffering with bullying. As they feel trapped in the world around them, somebody’s warmth and care can inspire hope and friendship. Teach your child to be that person who reaches out to others.

How to support children who are bullied

Implement basic steps such as placing your family computer in the most used room of the house and be aware of who your child is communicating with online. Warn your children to never give out private information, never exchange pictures with people they meet on the internet, to readily block messages from those intent on unhealthy dialogue. Remind them that nothing is really private on the internet, that others can easily copy, print and share what is said.

It is essential that we develop strong, positive relationships with our children and dependents. Remind them that you are always there to listen to them, that they should not feel ashamed or embarrassed. Remind them of struggles you might have faced when you were younger, that life is made up of good days and other days wherein we have to adopt patience and remain hopeful, and that no two days are the same.

Teach your children to place their trust in Allāh and to confide to Him in their prayers. Teach them the meanings of the prayers they recite including,

Encourage your children with the morning and evening adhkār which act as a fortress of protection. Remind them of that intimate moment between the Prophet and his very young companion when he taught him,

Be open in your communications with your children so that a trust is fostered between parents and child. Take out time in the day to sit and listen to your children about their achievements, hopes, challenges and even their fears. Be ready immediately if there are any signs that your child is worried or scared to go to school, becomes reclusive, and appears distressed. Speak to teachers, to school governors and be persistent.

Encourage positivity in your children, help them to be confident, assertive and strong. Remind them to never tolerate abuse, or verbal or physical attacks. Enrolling them in self-defence classes is an effective way of encouraging self-confidence, developing physical strength and is effective in instilling within them a sense of empowerment. Let them know that they can use their physical strength to defend themselves and not to instigate violence on others.

Teach your child to be strong, to never tolerate bullying, to answer back, to fight back and not feel ashamed. Bullies thrive on overpowering their victims, and standing up for oneself is an effective way of discouraging the bully. Any response, however, should be moderate and within reasonable measure, and should not enflame the situation. The different options should be explained carefully to your child. Teach them to choose their friends carefully since ‘friends’ can be bullies too. Teach them to not be over-sensitive, and remind them that between peers things do get said, sometimes without malicious intent, and that sometimes they simply need to walk away and maintain their self-respect. Other times, however, they need to stand their ground.

Remind your children every day how much you love them. Tell them that they’re beautiful, clever and talented. If they hear opposing words from their peers they should feel most cherished by their parents. Focus on the positives of your children and inspire them to be ambitious and look forward to seeing their dreams materialise in the future. Help them achieve these goals.

As parents, we are teachers

We can do so much as parents to teach our children the great importance of treating others with mercy, kindness and being empathic. Our children watch us, they listen to our words, see our behaviour. Oftentimes they copy us. We are their teachers.

Teach your children about the consequences of their words and their actions. Remind them that our Prophet (ṣallallāhu ‘alayhi wa sallam) informed us that people will be dragged into the fire because of the consequences of their words. And so they should choose good, kind words over sarcasm, swearing and taunting. Teach your children never to look down on others, never to scoff and make fun of others, and never to be a bystander when others are harmed.

We will all stand before Allāh and be accounted, so teach your children about the value of life; that being kind and considerate is noble and praised and that being cruel is ugly.

Previous: How do you make a terrorist?
Next: The Billion Dollar Muslim