How do you make a terrorist? 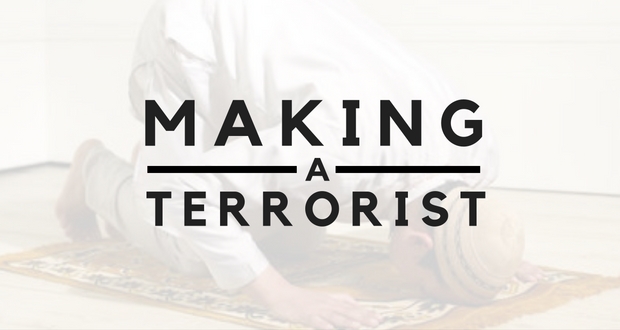 Introduction to the government’s “science” behind what makes a terrorist

Advocacy group CAGE published a groundbreaking report entitled “The Science of Pre-Crime: The Secret ‘Radicalisation’ Study Underpinning Prevent” on Thursday detailing how the “scientific” framework used to underpin the British government’s counter extremism strategy was based on flawed evidence.

This series will break down the report into accessible, consumable sections to help our readers understand the implications of the report and what it means for you as a Muslim.

The report explains how a secret study, completed in 2010, on convicted prisoners was incorporated into the British government’s Prevent strategy in 2011. This secret study created an assessment tool called the Extremism Risk Guidance 22+ (ERG22+) which forms the foundations of the Prevent and Channel “deradicalisation” programmes.

The ERG22+ contains 22 factors of “radicalisation” that the government believes could help identify people vulnerable to being radicalised. In July 2015, the Prevent strategy, which is built on the ERG22+ was placed on statutory duty, thus forcing it upon all public sector workers, including teachers and doctors. This means they were forced to undertake a two-hour training programme forcing them to essentially act as instruments for the government to spot the signs of “radicalisation” in people under their care.

The CAGE report detailed, for the first time, how the government produced these factors in secret and subsequently relied on an evidence base that was not only unproven but also extended far beyond its original remit. In other words, the evidence the government used to support the Prevent strategy that is forcing public sector workers to refer innocent Muslims to the government was not created to spot anybody vulnerable to being “radicalised” in the first place. But despite that the government decided to use it for that reason, even though the authors of the study warned them not to.

What is worrying is that the government placed a model based on a flawed study on statutory footing before it had been critiqued or even looked at by the wider psychology community. Furthermore, the study and its findings have still not been presented to the psychology community to determine if it stands up to academic scrutiny.

So what are the 22 factors of ‘radicalisation’ alleged by the ERG22+?

There are many key areas of concern as mentioned in the report, including the theory and conclusions of the ERG22+ study being unproven scientifically. There was no external oversight from the psychology community about the government’s ERG study, raising questions of ethics.

Furthermore, the 22 factors developed in the study were used to introduce the concept of pre-criminalisation. This is a use that extends far beyond what the study was investigating in the first place.

The authors of the study worked for the National Offenders Management Service, and two members of the advisory committee overseeing the study were chosen as “independent” reviewers.

The study was not reviewed and critiqued by the psychology community. This is a process in psychology and academia when, after the completion of a study, an article detailing the work is given to experts within that field in order for them to determine if it stands up to academic scrutiny.

The study was not replicated, a process that CAGE state “should have been a precondition to the UK government using the findings as part of its Prevent and Channel policies.”

In the next part we will dissect the evidence base and methodology from which the ERG tool was created.